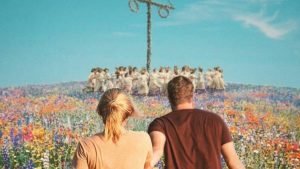 Hereditary, the first Film from director Ari Aster, was a shot in the arm for the horror genre. It painted a bleak tale of family suffering in a visceral, brutally human way. Aster managed to blend dread and loss in a way that made a film that was truly special, if not difficult to watch at times. His second film, Midsommar, is headed to theatres July 3rd, and while it does not have quite the emotional kick that Hereditary managed, it proves to be an excellent second outing for Aster, and one that will leave you haunted long after you exit the theatre.

Much like Hereditary, Midsommar begins with loss, introducing Dani (Florence Pugh) on the verge of a breakup with her problematic boyfriend Christian (Jack Reynor) after finding out that a tragedy has taken all of her remaining family. To aid in her recovery, Christian invites her to join him and his friends Josh (William Jackson Harper), Mark (Will Poulter), and Pelle (Vilhelm Blomgren) on a college anthropological trip to Sweden. 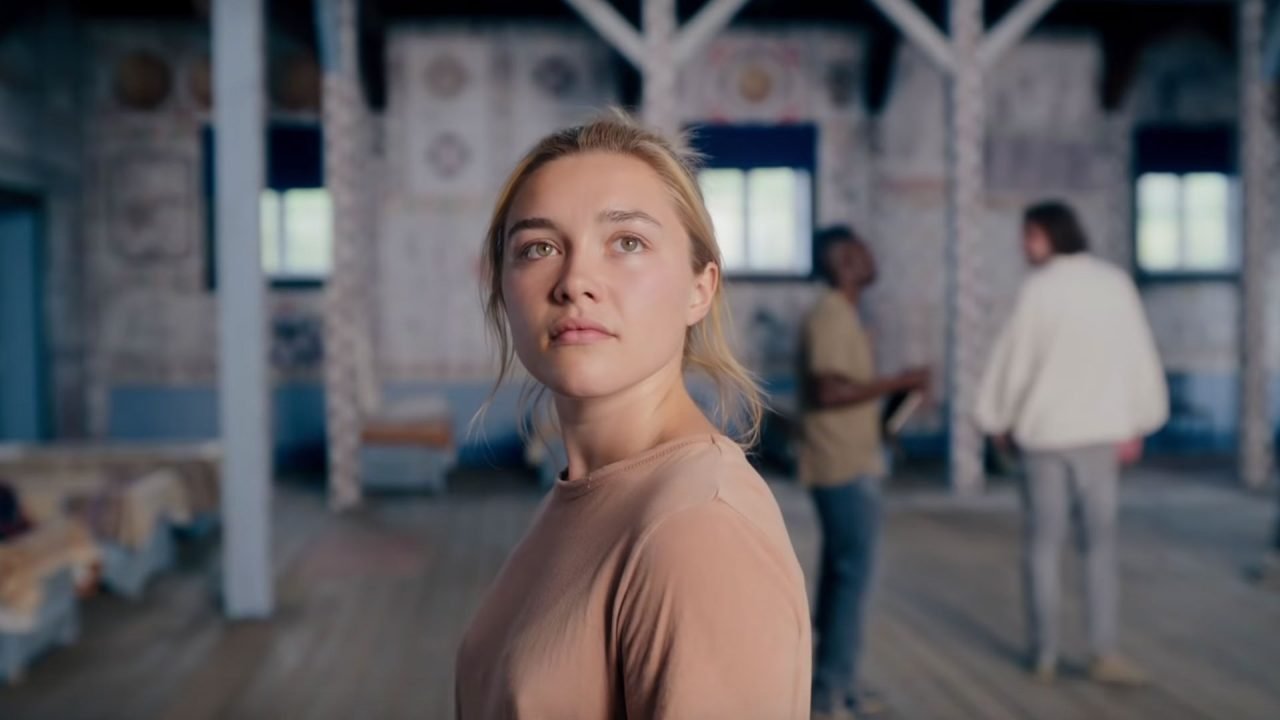 The group joins Pelle at his commune as they get ready to take part in a nine-day celebration that takes place once every 90 years. While the idyllic setting seems peaceful and filled with joy, things turn dark very quickly, with the jubilant daylight festival hiding a darker purpose. Dani and her friends are quickly thrust into a brutal struggle for survival that threatens to claim the lives of everyone they know.

The performances throughout are fantastic. From the comedic timing of Poulter to the masterfully intuitive boyfriend Reynor, the cast as a whole turns in some excellent work. But in the end, Pugh steals the show. This is her story, and ultimately her movie. Midsommar asks this young actress to work with some truly heart-wrenching scenes of grief, and she handles it memorably.

Midsommar is not a conventional horror film. While there is an ever-present feeling of dread throughout almost every scene of the movie, it never steps over the line into jump scares. It is slow and tense—every frame holds a sinister purpose that foreshadows the dark outcomes for the visitors to this village. 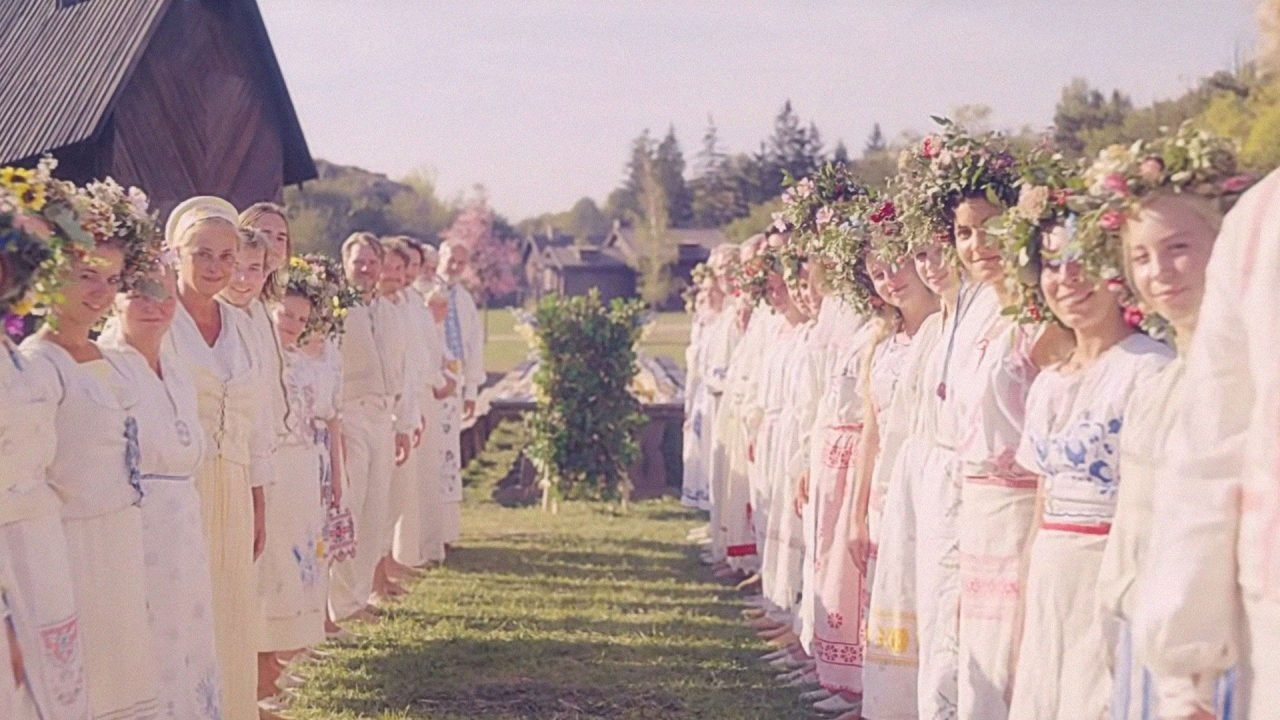 Yet despite that dread and foreboding, Midsommar is also a very funny film, with a sense of brevity that breaks the tension and humanizes the characters within its world. While the film may be filled with horrific sights, the nervous energy makes the events feel more real and more deadly. The interactions often verge on dark comedy, giving some fantastic lines to Poulter, whose complete cultural insensitivity verges on ludicrous at times. Even as the action starts to ramp up near the end of the film, Aster managed to leave time for lighthearted banter in between the utter madness on display, making for a movie that is as fun as it is disturbing.

It is the way these elements are woven together that makes Midsommar something memorable. Many films attempt this balancing act but few succeed. It is hard to overstate how each frame of Midsommar feels meticulously crafted, and while not everything hits the mark, what does work will enthrall viewers for the 140 minute runtime.

Ari Aster has proven once again that in the right hands, a little can go a long way. From the Swedish countryside (actually filmed in Hungary) to the buildings of the commune, Midsommar depicts a world filled with wonder, melancholy, and despair. From the hand-painted art on all the walls to the ever-present daylight, this is a movie that film aesthetic programs will be viewing for years to come. 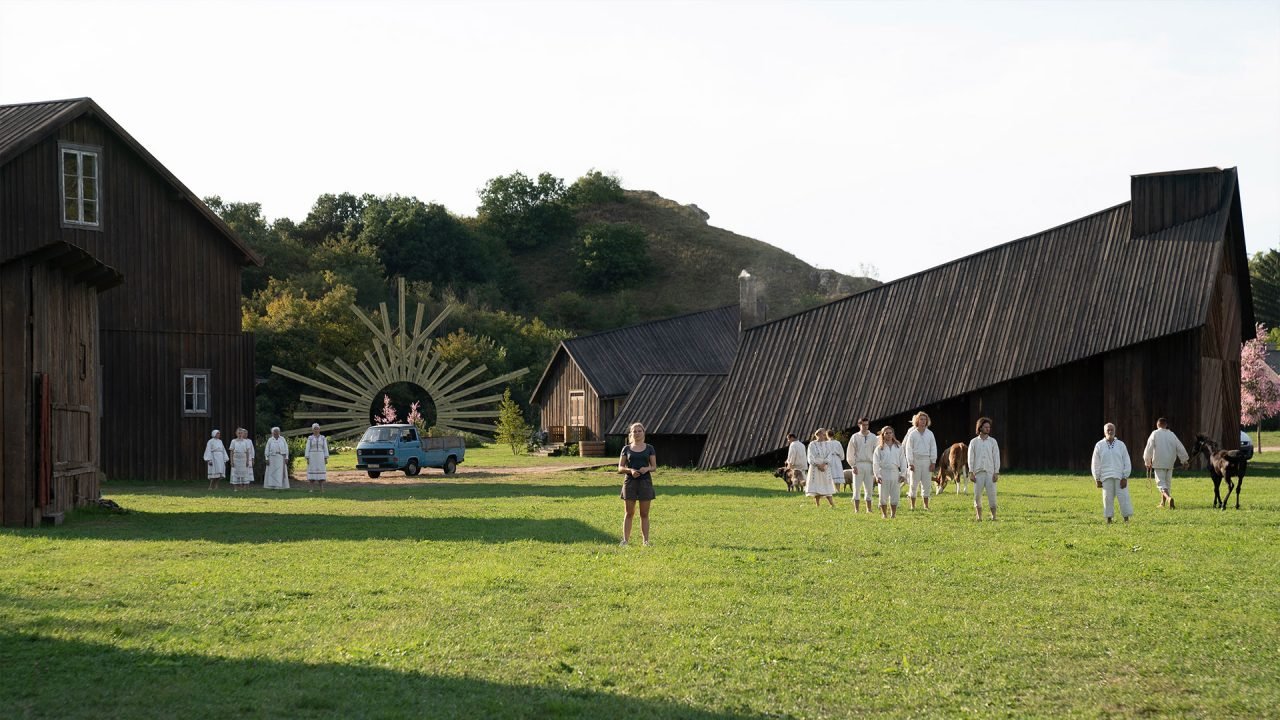 It is redundant to state that films like The Wicker Man helped shape the concept for Midsommar, partially because it wears its influences on its sleeve. But that doesn’t take away any of the splendour or horror as you sit down and watch the movie. Aster manages to keep the viewer captivated, even if the concept has been seen countless times before. It is due to a masterful script, great actors, and a visual style all its own that makes Midsommar bewitching in a way few films are.

Midsommar is everything I would hope for from the director of Hereditary in his sophomoric outing. While it treads on some familiar ground, it goes to wholly new places and delivers some masterfully disturbing concepts. For anyone worried Aster was a one trick pony, Midsommar should set all fears to rest.