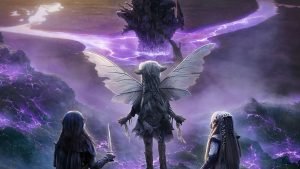 Based on Jim Henson’s groundbreaking 1982 feature film, The Dark Crystal: Age of Resistance tells a new tale set long before the events of the movie and realized using classic puppetry with cutting-edge visual effects. The Crystal of Truth is at the heart of Thra, a source of untold power. But it is damaged, corrupted by the evil Skeksis, and a sickness spreads across the land. When three Gelfling uncover the horrific truth behind the power of the Skeksis, an adventure unfolds as the fires of rebellion are lit and an epic battle for the planet begins.

The Dark Crystal: Age of Resistance will premier on Netflix on August 30th, 2019, consisting of 10 one-hour episodes. It also has a tactical RPG called The Dark Crystal: Age of Resistance Tactics coming to all consoles and PC sometime in 2019. With any luck, this will give fans and newcomers a satisfying taste of the high-production puppet shows we see so few of. If you’re looking for more, you could check out the Japanese-Taiwanese wuxia show Thunderbolt Fantasy.

Aughra will be voiced by Donna Kimball (The Happytime Murders).

Additional characters will also be voiced by their puppeteers from the production, including:

This post first appeared on CGMagazine, please read the originial post: here
People also like
Ks Lash Beauty
How To Get Health Insurance Without A Job
GE Versana Premier and GE Logiq P9 – A Comparison
Areola Reduction Surgery: Cost, Procedure and Complications Best Guide
Ndamukong Suh: I Should’ve Spent My NFL Riches on Bitcoin
What We Learned from the IIA’s Webinar on Broadband Affordability