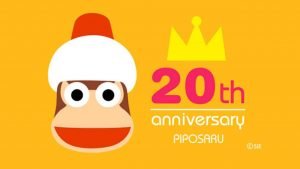 Ape Escape first launched on the PS1 back in 1999. The first release to require the use of the DualShock controller, it tasked players with guiding Spike through a series of worlds on a mission to round up a bunch of mad monkeys. The chimps were scattered throughout time by an intelligent ape named Specter, who aimed to rewrite human history. Critically acclaimed by fans and press, Ape Escape would spawn a sequel in 2001 and a third game in 2005. The characters have also appeared in numerous spin-offs and even appeared in other Sony titles like Ratchet & Clank and Everybody’s Golf 4.

The new Twitter account launched with a simple image of a monkey hiding in the forest, along with the following text: “It’s been 20 years. I’ve always been running away, but is there no one left to chase me anymore…?” The account has since added several pieces of artwork celebrating the anniversary.

Ape Escape fans have been asking for a new mainline sequel for years, and while this video and Twitter account are no guarantee that Sony plans to revisit the franchise anytime soon, it could be a sign of things planned for the upcoming console generation. With any luck, the fan response to these little bits of monkey love will motivate the developers to prepare our swords and nets once more.