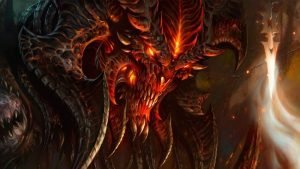 Apparently, Diablo 4 has been seen by some employees at Blizzard, and others are aware that Overwatch 2 is happening.

According to French publication Le Monde (via user Damien at the forum IcyVeins, as the full article is subscriber-only), Parisian Blizzard employees have been shown Diablo 4 in a presentation. According to Damien, the article says, “Teams at Blizzard Entertainment have already been presented with the long-awaited Diablo 4 and know that a new Overwatch game is in development. But neither of these two games will be released before 2020, at the very best, and employees at Versailles have no idea if they will still be around when they eventually release.”

This fits in alongside other rumours we have been hearing regarding Blizzard’s next games, and providing even more evidence is the two Diablo job adverts the studio put up: lead character artist and lead concept artist. Diablo 4 seems to at least have some kind of internal presentation or teaser in existence, possibly even a vertical slice, and the company is gearing up to start development in earnest.

Whatever state these games are in now, it feels almost certain that we’re going to see something of them come this year’s BlizzCon in November. We’ll keep our eyes open for any other news on the Diablo and Overwatch sequels.

The post Diablo 4 and Overwatch 2 Reportedly Shown To Employees appeared first on CGMagazine.