Old-School FPS Amid Evil Shoots Out Of Early Access 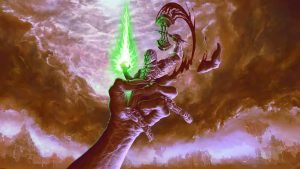 Amid Evil has released its final episode, and with it, has cast off its Early Access shell on Steam.

Developed by ex-DOOM modders Indefatigable, this is a fantasy first-person shooter with an eye for aesthetics. Taking you through seven increasingly surreal worlds with a roster of seven powerful weapons each with a unique boosted mode, you’ll blast your way through enemies, navigate levels, find secrets, and fight world bosses throughout this five-episode blast from the past.

Discover the Magic of Venice in Novem…
Best Gaming PC Build Under Rs. 35,000…
“We interrupt our regularly-scheduled…
Self Motivation: How to Keep Moving F…
SMS Marketing Is Gaining Back Its Pop…

It’s a strictly single-player affair, lacking the local or online multiplayer of its peers, and currently only offers multiple difficulties and an endless horde mode for replay value. Still, there’s a number of in-game options and cheat codes to mess with, and there’s always those secrets.

You can purchase Amid Evil right now for a discount, and that discount will carry over into the upcoming Steam Summer Sale. You can also buy it in a bundle with Dusk, another old-school FPS from the same publisher. Happy blasting!

This post first appeared on CGMagazine, please read the originial post: here
People also like
Discover the Magic of Venice in November
Best Gaming PC Build Under Rs. 35,000 – May 2021
“We interrupt our regularly-scheduled programming to bring you this important message. . . .”
Self Motivation: How to Keep Moving Forward In Your Career or Business
SMS Marketing Is Gaining Back Its Popularity – Here’s Why

Old-School FPS Amid Evil Shoots Out Of Early Access