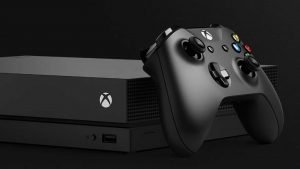 Business Insider has done a thorough interview with Xbox head at Microsoft Phil Spencer, and we have a better idea about Xbox’s future.

First and foremost, whatever Project Scarlett turns out to be will be the only console Microsoft releases at the start of their next console generation. This is a direct response to the rumour that Microsoft was working on multiple versions of their new console similar to the Xbox One, Xbox One S, and Xbox One X. While we don’t know its name or appearance, we know roughly how strong it is: it sports a custom AMD processor based on a Ryzen 2, a GPU based on AMD’s Navi, and GDDR6 RAM. The console will also feature an optical disc drive and be compatible with all current Xbox One accessories.

With that in mind, current games will be forward compatible with the Scarlett. Current backwards-compatible titles from prior Xbox’s will also stay compatible. A first for the games industry will also be crossplay between console generations in larger games like Fortnite. Microsoft also intends to release games for multiple platforms during next-gen, those being the Scarlett, PC, and their upcoming Project xCloud cloud streaming service.

Speaking of which, Microsoft sees Project xCloud as a sort of Netflix for games, offering an instantly accessible library of titles as soon as someone subscribes. This is their answer to Google Stadia, and considering the Xbox One and Scarlett’s current libraries, there could be some real competition there – assuming either of them can figure out a way to make streaming convenient and functional for the majority of consumers.

Project Scarlett is planned for a holiday 2020 release alongside Halo Infinite. Project xCloud’s launch is unknown, but we’ll probably hear more about it over the next year.

The post Microsoft’s Xbox Plans Include One Next-Gen System And Project xCloud appeared first on CGMagazine.