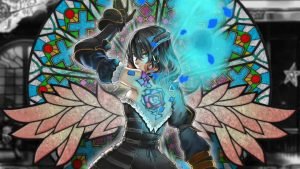 Bloodstained: Ritual of the Night publisher 505 Games has released a statement regarding the severe issue patch 1.02 has caused.

This patch, which contains a massive amount of polish up to and including altering some room layouts to improve the experience, has caused some players to be unable to finish the game. PlayStation 4 and Xbox One players have reported issues in which their updated 1.00 and 1.01 save files have despawned certain key items from treasure chests. This can be fixed by starting a new save file, but it is regrettable that this occurs.

505 Games has investigated several hotfixes, but their best recommendation is to start a new save file when you download 1.02. Xbox One players will have to deal with this in full force when the patch releases for them next week, and Switch players are advised to download the patch as soon as they get the game.

This is all very unfortunate, but considering reports of Bloodstained’s high quality, including from our own reviewer Joel Couture, we urge players to persevere. The Switch skew and wide release of patch 1.02 will be out around Tuesday next week, with many more updates planned in the future.