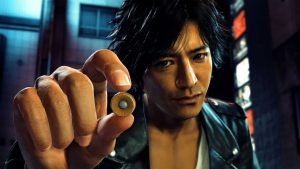 Judgment is confident in itself. Ryu Ga Gotoku Studio takes the world made famous by the Yakuza franchise, inserts a new cast and plot into it that is completely unrelated to past games, and proceeds to twist expectations to create something that feels fresh. Does every piece fit together neatly? No, but that’s okay, because even with some rough edges Judgment still fits the pieces together to become an eclectic, weirdly entertaining adventure.

Judgment centres on the down-on-his-luck private detective Takayuki Yagami, played by Japanese actor Takuya Kamura. He used to be a defence attorney, until he defended a man who would later go on to kill his girlfriend months after he was declared innocent, shaking Yagami’s moral code in the process. Taking small cases focusing on infidelity and debt collection, he struggles to pay rent on his office/apartment. Of course, one interesting case crosses his path: a Yakuza captain is accused of committing a series of gruesome murders, and police are pushing through charges with little direct evidence. Realizing the case is more sinister than it would suggest at first glance, Yagami does what any good noir detective would do: he digs deeper. Slowly uncovering a conspiracy that not only has massive implications for the future of Japan itself, but has ties to the case that threw him off his bright future.

This would normally be a by the numbers plot, but it is made interesting by both the cast and Judgment’s commitment to melodrama. Kamura does a great job as Yagami, bringing a sense of pathos to the character that anchors the story as it winds its way through the back half. It’s even more important when you consider just how over-the-top many of the more serious scenes can get—hand grenades are used to punctuate dramatic interrogations with alarming frequency, for example. The game’s penchant for theatrics keeps the story moving at a brisk pace, and more importantly, kept me invested as the conspiracy grew larger and larger. 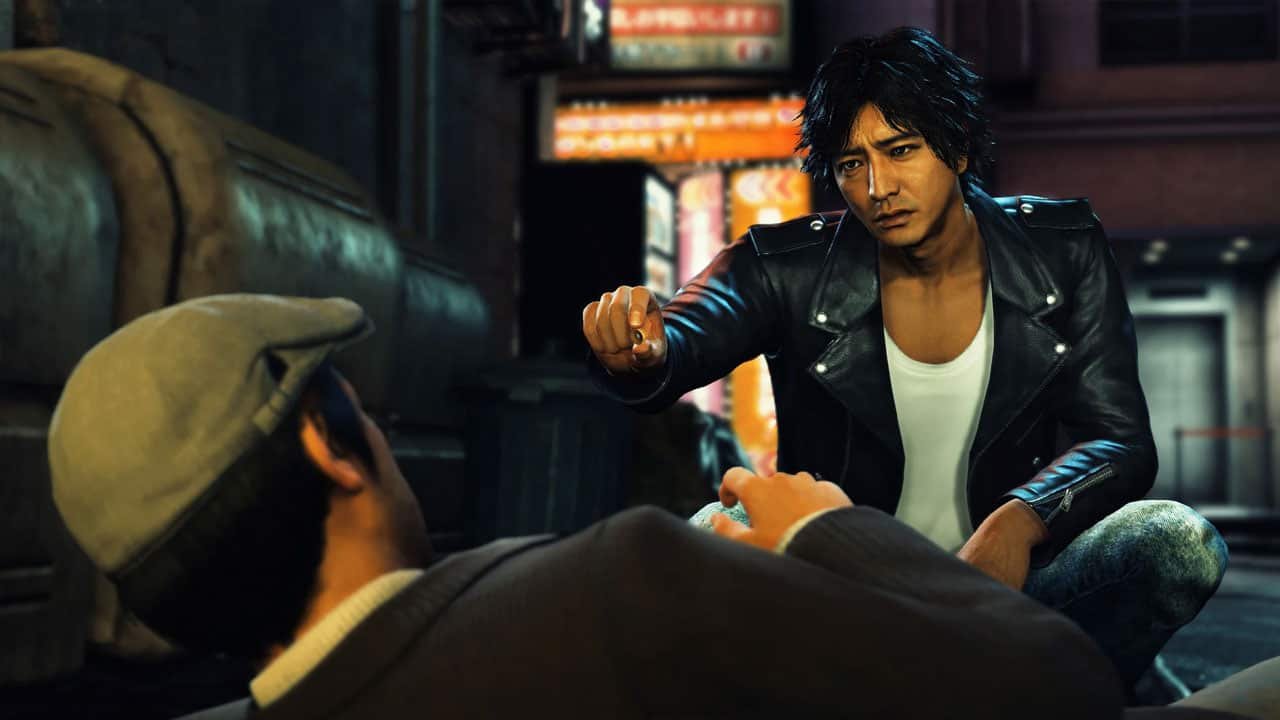 Some of the supporting characters, including ex-Yakuza Masaharu Kaito and dirty cop Kazuya Ayabe, shine thanks to their complex relationships and motivations. At the same time, other characters are pushed to the sidelines despite their interesting roles; Yagami’s love interest, Mafuyu Fujii, doesn’t have a lot of chemistry with the detective, while his mentor, Ryuzo Genda, spouts platitudes, encouraging words and not much else. Which is a shame, because the characters themselves are interesting, but the pace at which Judgment moves prevents us from getting to learn more about them.

Yet as fast paced as it is, Judgment has a problem with how frequently the main story is interrupted by a small case that has little to do with what’s going on. Often, you will be told to wait for a phone call or to head over to a location, only to be sidetracked by a mission that is typically humorous in tone that must be completed right this second. The quests themselves are fine; I just would have preferred if they were side quests and not inserted oddly into the main quest line itself.

What makes these moments bearable is the quality of the writing itself. The localization as a whole is brimming with confidence, creating scenes and side quests that are as memorable as some of the best events from Yakuza. Rather than simply add English subtitles to the Japanese audio, Sega’s localization team has also written and recorded an entire English dub as well. It’s a passion project, but one that is lovingly well done. I prefer to play with the Japanese audio, but the English dub is similarly excellent, with special consideration going towards the performances of both Greg Chun (Takayuki Yagami) and Matthew Mercer (Mitsuru Kuroiwa). 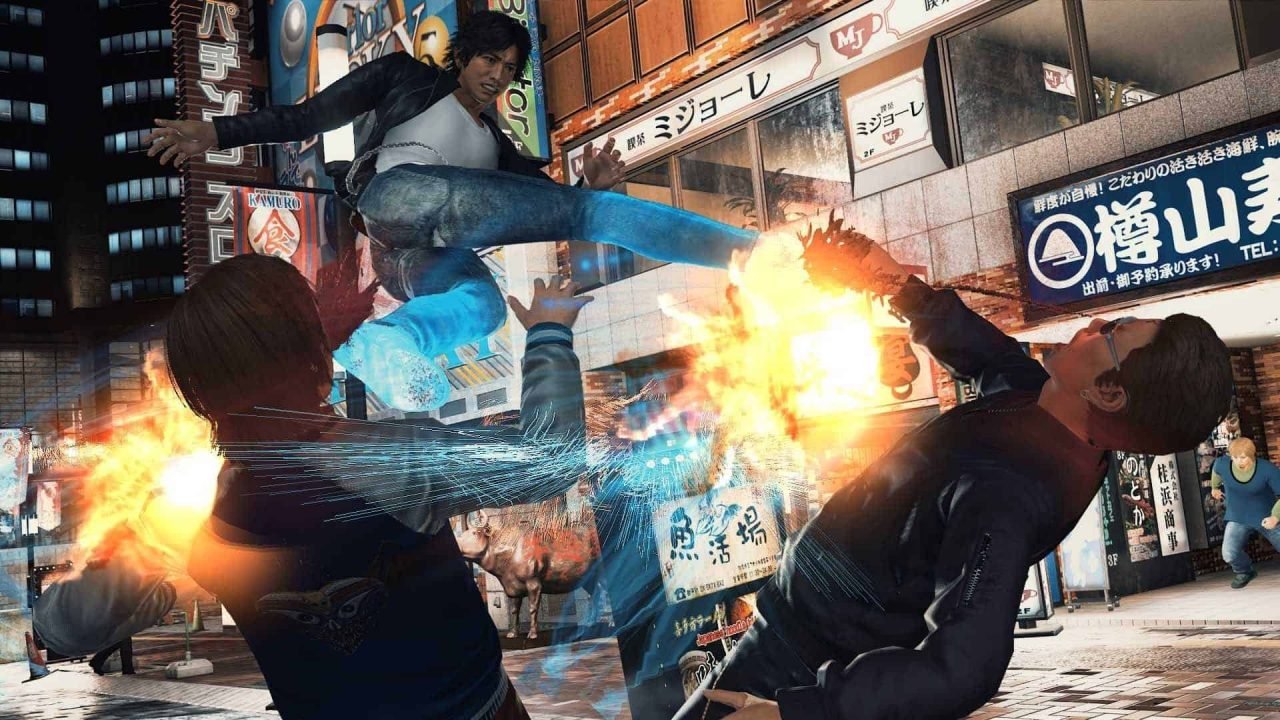 And while the cast for both languages do a good job, much like Yakuza, the true star of Judgment is Kamurocho itself. It is nearly identical to its appearance in Yakuza 6: The Song of Life, though there are plenty of new interiors and locales outside of the neighborhood’s boundaries to add some degree of freshness to the proceedings. But Ryu Ga Gotoku Studio knows that what they’ve created in Kamurocho is something special. It doesn’t need to change much, because it has a depth and sense of liveliness that few other worlds can come close to reaching.

That extends into the combat itself. Yagami is not as outwardly strong as Kazama Kiryu, but he makes up for it with greater skill in martial arts. He has two fighting styles, one oriented towards fighting groups, the other towards single targets. You primarily mash two different buttons to execute combos, spicing things up with the occasional EX move, which somehow manages to be more ridiculous than ever before. It’s a system that has worked for years, and while new additions like wall attacks spice things up, the core combat is as strong as always.

What is completely new are the investigation tools. As a detective, Yagami will have to search for clues, decipher evidence, tail suspects, and chase after criminals among other actions. Some of these new actions are engaging —chasing suspects requires only a simple set of QTE’s but is still fun, as is using a drone to take photographs and search for clues—others are sometimes interesting but are all too often boring, such as most of the tailing missions, which mostly involve following a single target from a decent distance and waiting for them to reach their destination. Later objectives in this vein introduce multiple targets or take unusual paths, but are too few in number. When it comes to deciphering clues and evidence, the solution is usually obvious or otherwise does not have a penalty for choosing the wrong answer. 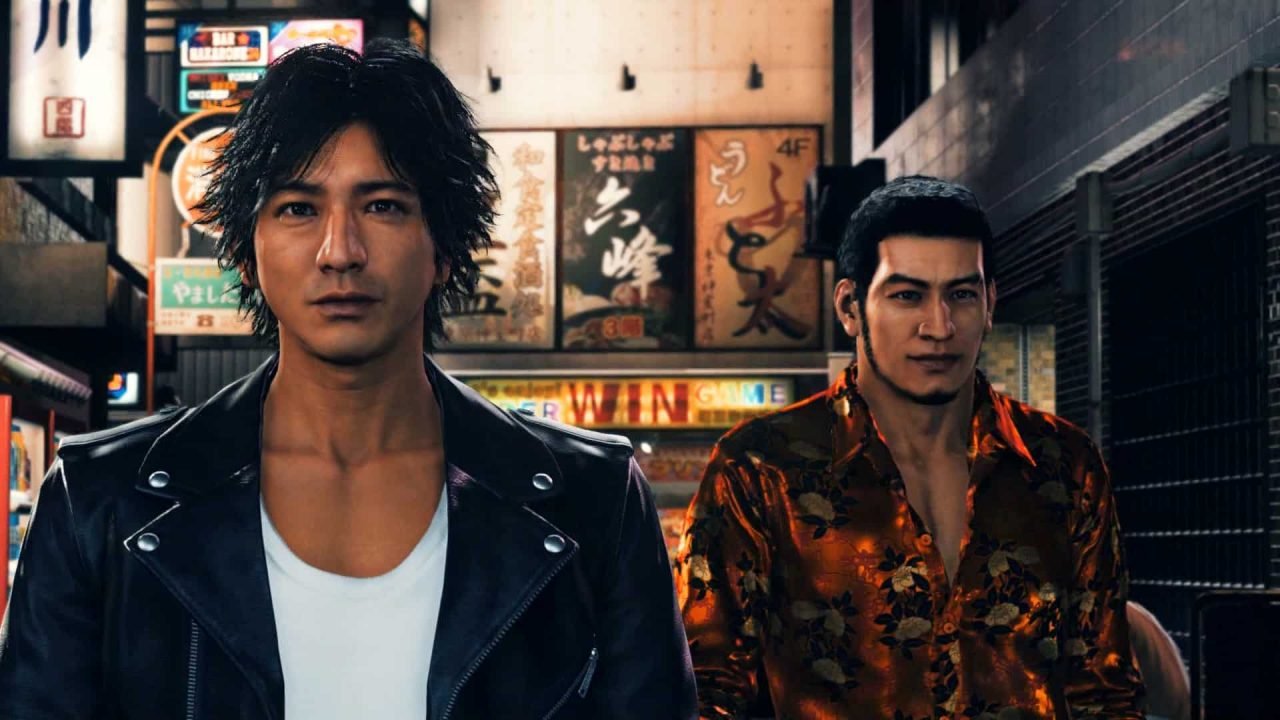 It’s fortunate that so much of Judgement is filled with random activities that are by and large interesting. Drone races are surprisingly entertaining, and I spent as much time racing here as I did in Yakuza 0. Arcades are still just as fun as before, even if I couldn’t play one of them due to a constant hard crash whenever I tried to access it. There are plenty of other one-off events that come up through the numerous side quests that do much to provide levity and variety to the proceedings.

And those side quests are great. Not as weird as Yakuza 6’s, but are almost without question worth completing. From capturing a trio of perverts harassing women in the city or interacting with an idol who desperately tries to prevent his fans from knowing he wears a wig to taking photos of cats, there’s a lot of frankly random objectives to complete and cases to solve. But it’s charming in its own way, and provides much of the levity that balances out the darker aspects of the story.

Far from being a simple spin-off of Yakuza, Judgment successfully stands alone as an entertaining and surprisingly compelling journey through the streets of Kamurocho. It may not be unburdened from the legacy of what came before, but it approaches this spin-off with such confidence that you will be swept up by its noir charm.

This post first appeared on CGMagazine, please read the originial post: here
People also like
My Biased Repp Sports Raze Energy Drink Review (I’ve Tried Over 10 Flavors)
Dead Ends in Cryptanalysis #2: Timing Side-Channels
Have transaction data from all your sources joined in one place
Holcim Philippines shares contributions to environment stewardship in govt, private sector talks
How To Get Rid of Ticks in the Yard – 8 Steps