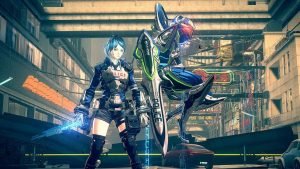 Astral Chain’s director has confirmed the presence of cooperative multiplayer, just so long as you’re okay with a little extra challenge.

Platinum Games’ upcoming Nintendo Switch exclusive is looking to be another hit in a library consisting almost entirely of them, and this news makes it shine just a little brighter. Director Takahisa Taura revealed that Astral Chain includes an Easter egg where you can detach the Joy-Cons from the Switch and have one player control a police officer while the other plays as their ghostly Legion partner.

Massacre on Queens Blvd. ’96
Achyuth Reddy – Setting A Sustainable…
How to Leverage Entrepreneurship and …
Woodland Gardens Caravan & Camping
Your Exfoliant Has Been Lying to You

Describing the experience to Kotaku as “challenging” and “really fun”, Taura notes that while the game was designed with the conceit of one player controlling two characters, the team took notice of the Joy-Cons’ functionality and included this feature. The “challenging” part comes in where both players need to be competent, coordinating and fighting skillfully to overcome the puzzles and enemies that necessitate two characters working in sync. It can be especially hard if you’re aiming for a high score (with this comment also confirming that Bayonetta and The Wonderful 101’s arcade scoring systems will be returning once more).

Astral Chain keeps looking better and better every time we see it. From the head-turning gameplay footage in the Nintendo Treehouse livestream that revealed character creation among many other features to this callback to an old co-op Easter egg in Devil May Cry 3, it seems to be firing on all cylinders. We can finally get our hands on it come August 30th, exclusively on Nintendo Switch.

The post Astral Chain Supports Local Multiplayer, But You Must Fight As One appeared first on CGMagazine.