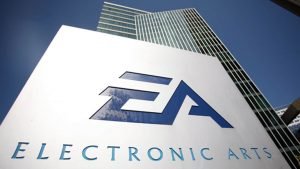 As part of the United Kingdom’s ongoing investigations into all things gaming, they invited EA to an oral evidence session with the UK Parliament’s Digital, Culture, Media, and Sport Committee to speak on the subject of gambling in video games. And… speak they did.

In response to questions from Scottish National Party MP, Brendan O’Hara, Hopkins insisted that EA doesn’t see their randomized purchases as Loot boxes, but rather as “surprise mechanics”. He went on to say that the way EA has implemented these kinds of mechanics “is actually quite ethical and quite fun, quite enjoyable to people.”

He went on to cite several gambling commissions that do not consider loot boxes to be gambling, state that EA disagrees with evidence that shows loot boxes to lead to gambling, and that people generally just enjoy it in a healthy way like any other product. This all means, of course, that EA disagrees with the anti-loot box stance taken by Dutch and Belgian regulators.

You can hear Kevin Hopkins saying all of these words and more in the archive of the Parliament broadcast, starting at 15:43:15.