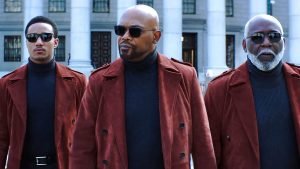 The first few minutes of Shaft 2019 prove that man, that theme song is still cool.

In an attempt tie multiple generations together (the main gimmick of this film, which is billed as a true continuation of the series that kicked off all the way back in 1971), we’re given a quick intro that whisks us away on a magical cinematic journey from 1989 to the present. Samuel L. Jackson’s Shaft, Shaft Jr., is actually the original Shaft’s (Shaft the First) kid! Shaft Jr. in turn also had a kid and that kid grew up to be an FBI agent!

You need to shed a lot of disbelief to get on board with this film from almost minute one, but if you can turn your brain off, you’ll manage. Shaft still has a place in this modern era, but I’m not sure if the new iteration’s vision was the best way to go about it.

Right after the fairly amusing intro with Jackson, we’re put into the perspective of Jessie Usher’s Shaft the Third, and this is where things begin to grind to a halt. That goofy detective noir soundtrack kicks in and it sure does feel like we’re in a network police procedural. A mostly wasted Titus Welliver plays the hotheaded boss that immediately shuts Shaft down and he wallows in his sorrows with his boring best friend. And to give you a clue on how slow going Shaft is, Welliver ‘s character isn’t a fun “it’s the jerk chief!” sort of way, more like a generic caricature. 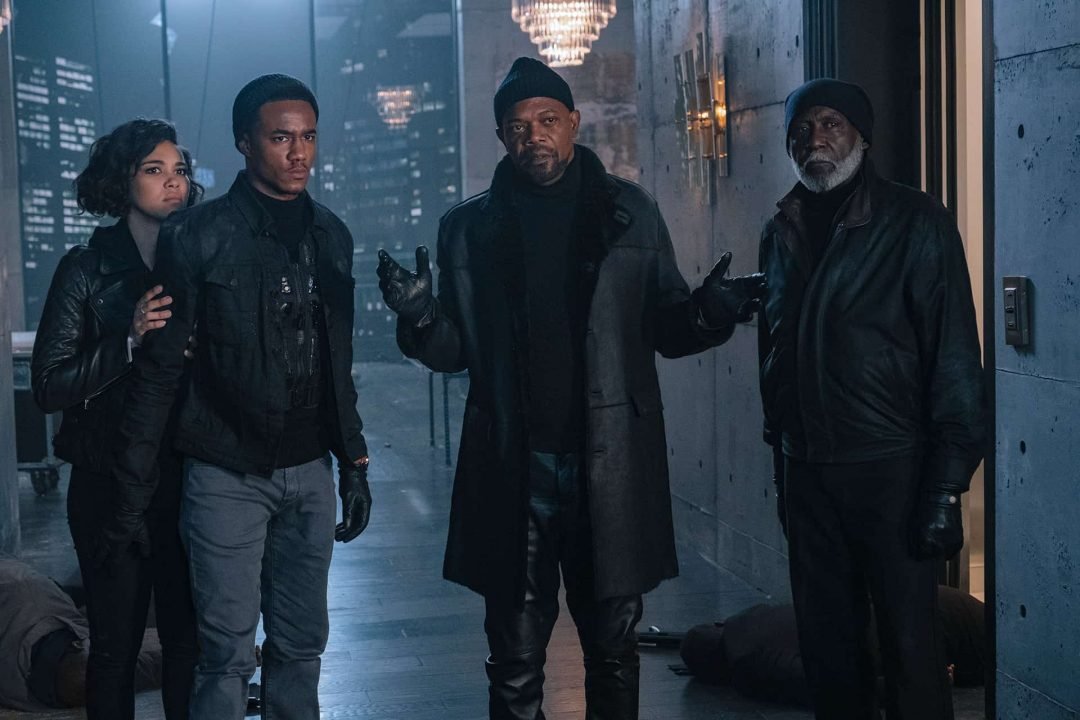 At first, Shaft really struggles to find its footing: we have a meek data analyst in Shaft the Third as he flops around like a fish out of water in tandem with his father, the loose-lipped yet lethal detective Shaft the Second. Roughly 30 full minutes go by until we get to see Sam Jackson enter the picture, at which point the entire mood jumps.

Jackson looks like he’s constantly having a lot of fun, but too much time is spent on young Shaft, who doesn’t become remotely compelling until halfway in. Jessie Usher is mostly fine, there’s just not a whole lot for him—or anyone other than Jackson really—to do. This is an R-rated Shaft movie: most people are coming in expecting Jackson to kick ass for nearly two hours. He does, just not as often as we’d like. There’s a distinct tonal clash with Shaft 2019 as it simultaneously attempts to connect to multiple audiences with mixed results. Out of date jokes come with the territory, as does tired ragging on millennials without nothing new to say. Despite the fact that it’s everywhere, you have to give it to Richard Roundtree for reprising his role all these years later, as he did in Shaft 2000. His cameo will inspire some smiles, but he doesn’t make an appearance until the credits are nearly ready to roll.

Shaft is a harmless enough comedy action flick that will speak to folks who are into buddy cop romps. I just wish it fully committed to its premise without dragging its way to the starting line, which it takes nearly a full hour to reach.

This post first appeared on CGMagazine, please read the originial post: here
People also like
Best Manual Coffee Grinders to Boost Your Coffee’s Taste
Pain In The Forecast
2019 Toyota Auris Release Date
Choosing The Right Umbrella For Your Clients
How to Tell If your Hair Is Thinning and What to Do About It
Home remedies to maintain silky and shiny hair
The Best Whipper Snippers In Australia (2018)
THE ALCHEMY OF BLACK FUTURES: BLACK COMICS, BLACK BEER CALENDARS & BLACK ICONOGRAPHY
Porsche 911 – Through the Years
7 Men’s Sex Toys That He Needs
First picture of mum-of-three who was ‘cut in half’ by LIFT in horrific hospital tragedy