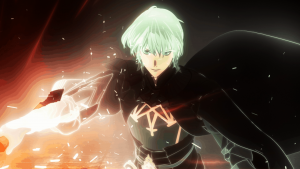 The myriad announcements that seemed to stream nonstop out of E3 2019 featured flavours to suit any gamer’s palate. But with Final Fantasy VII Remake and a number of other big-budget Japanese RPGs at the vanguard of this year’s lineup, those of us with an affinity for Mystic Artes and mako reactors are especially spoiled for choice in what to play next as we move into 2020.

It would be all too easy to disregard those smaller titles lost in the gravity of Final Fantasy VII Remake‘s meteoric presence, but doing so would make me a sorry RPG fan and a poor reporter besides. Bouncing between appointments left me with little time to explore the show floor, but I managed to get a closer look at three such titles: Grandia I + II HD Remaster, Re:Legend, and The Legend of Heroes: Trails of Cold Steel III. 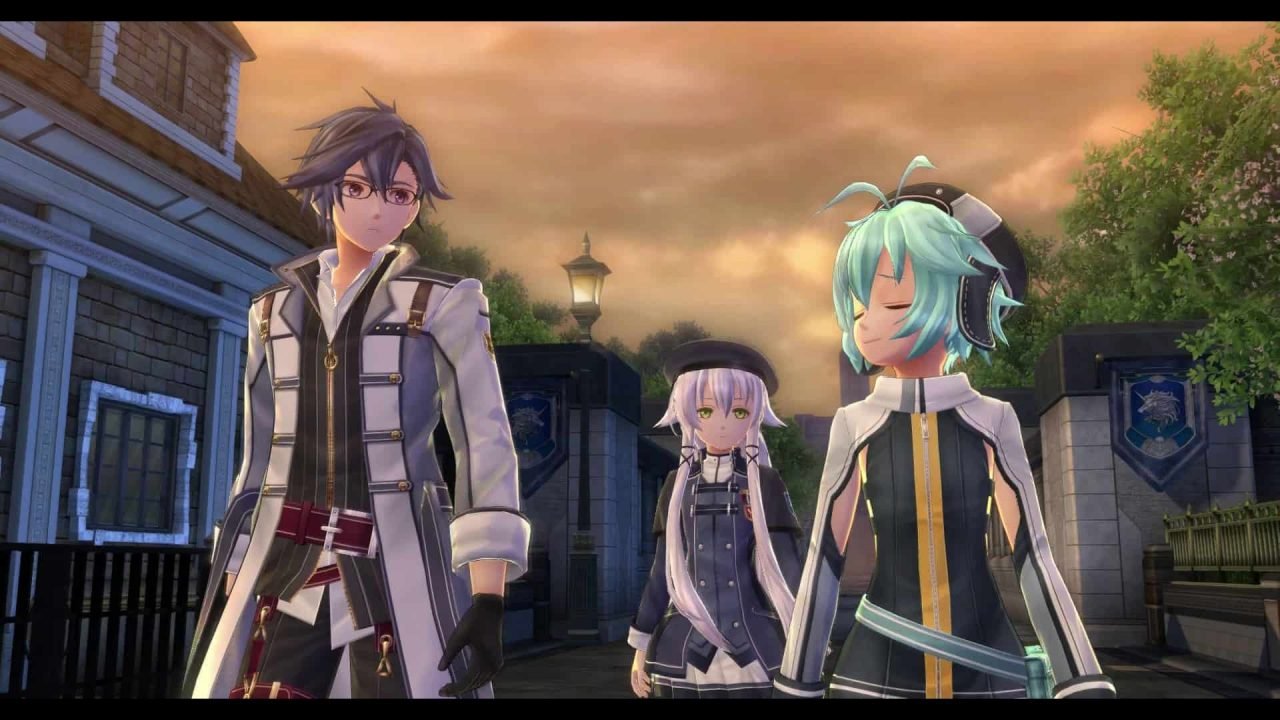 The Legend of Heroes: Trails of Cold Steel III

To avoid burying the lede, I’ll say up front that my deep fondness for the Grandia series was not enough to buoy my enthusiasm for Grandia I + II HD Remaster. My hands-on time with the two titles in a private meeting demonstrated that the upcoming Switch collection—still in development, still with the potential to be tweaked and polished before release—is on track to fall well below my admittedly high expectations.

Grandia is a seminal RPG, and one that played a formative role in developing my gaming tastes. I fell in love with its unbridled spirit of adventure, the magnetic personalities of its characters, its beautifully expressive pixel art, and its breathtaking orchestral score. The more ephemeral of these qualities remain intact in Grandia I HD, mind you. Its indelible essence is unaltered, but obfuscated by the smeary Vaseline sheen of “HD smoothing.” I can’t express how frustrated I am whenever I see intricate sprites muddled in this fashion. It doesn’t look good, it destroys the integrity of the original pixel art, and it demonstrates a fundamental misunderstanding of what makes those designs timeless. Much to my dismay, I learned during this same meeting that there will not be an option to switch back to the original graphics.

Not to completely dismiss Grandia I HD based on its new visuals, I asked whether its charming but occasionally clumsy script would be re-localized, and the answer appears to be no. I was told that the script is being looked at for grammatical and spelling errors, but my brief experience running around the port town of Parm didn’t show me anything I haven’t already seen before. Aside from a new, crisper font, I couldn’t discern any alterations to the text. Differences I could see were in the introductory cinematic, newly expanded to fit 16:9 widescreen resolutions, support for French and German text, and a new option to switch between English and Japanese voice-overs. 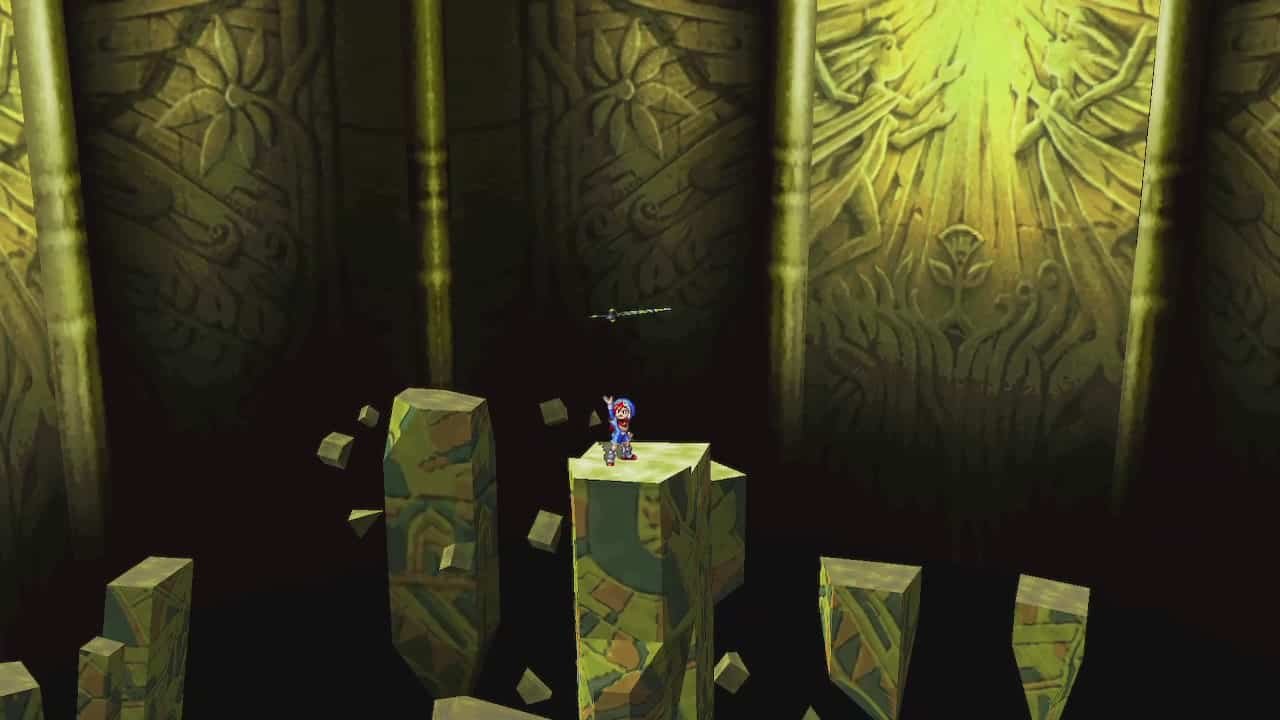 Grandia II HD, while excellent, is a lower-profile release; it’s closer to the PC Grandia II Anniversary Edition, based on the PS2 version’s source code, that released in 2015. The port looks clean and battles run at or near the developer’s target of 60FPS, with a resolution of 1080p while docked and 720p in handheld mode. (I did notice that the game’s famously cinematic spells remain intact at a relatively low, blurry resolution, which clashes with its sharper polygonal assets.) Neither Grandia II nor its prequel will receive any gameplay tweaks for the release of Grandia I + II HD Remaster, which is due out “very soon.” 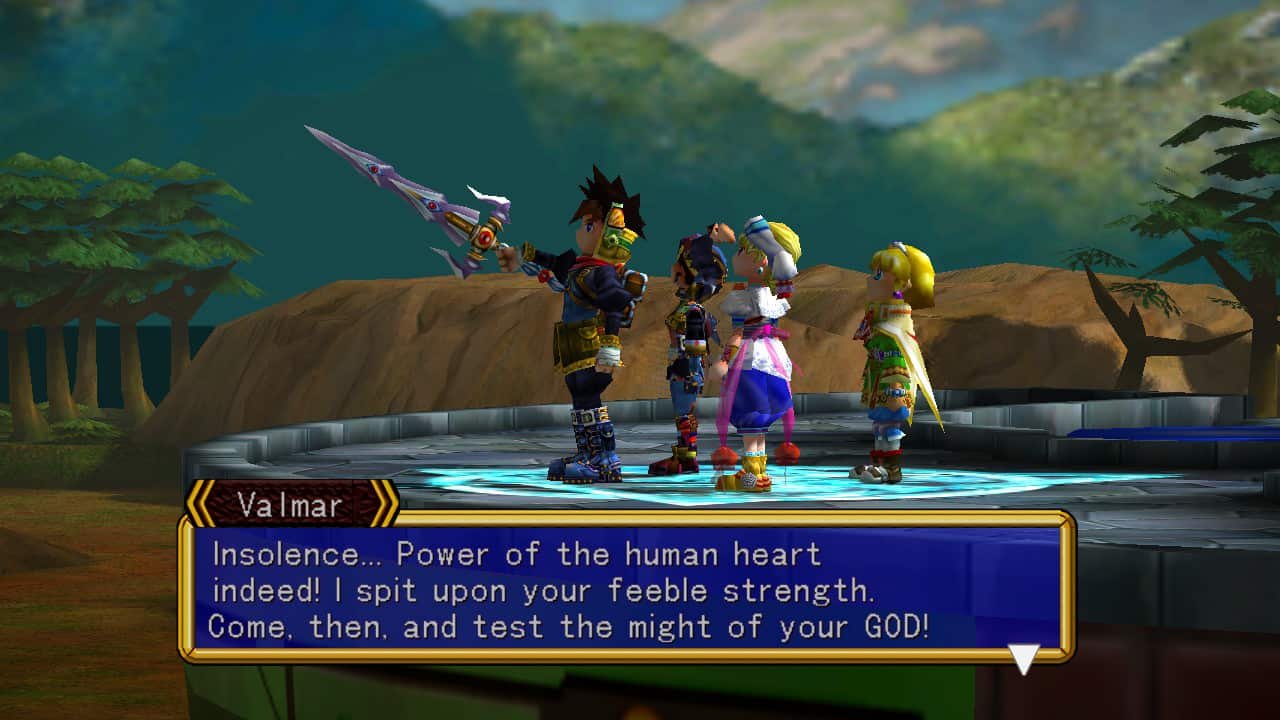 I also got my hands on Re:Legend, a “co-op monster raising RPG” funded through the Square Enix Collective (a branch of the publisher focused on highlighting smaller independent titles). Most easily compared to Rune Factory, this cutesy simulation RPG puts players in control of a customizable avatar tasked with eking out a living on Vokka Island. It features the usual crafting, farming, fishing, mining, harvesting, and combat elements typical of a Rune Factory title, but with an additional, enhanced emphasis on raising creatures called Magnuses.

Magnuses come in over 300 varieties, and players can tame, raise, and make them evolve depending on their care and diet. Magnuses can even fulfill many of the farming tasks that typically require tools—why break a rock with a hammer when you can get your pet dragon to crush it underfoot? But with its floaty physics and familiar features, I found it difficult to discern what makes Re:Legend special among other games of its ilk. Its action-based combat is faster than Rune Factory‘s, but animations lack weight and impact. Its farming elements were harder to evaluate in such a limited context; what intrigued me the most was the freedom it affords, as players are free to choose which crops to grow and then craft into weapons, furniture, and Magnus food. I also learned that it will be possible to upgrade facilities in the game’s town to unlock more materials and items, further extending the gameplay loop.

Most intriguing is the prospect of multiplayer in Re:Legend. Up to four players will be able to adventure together throughout the game’s 25+ hand-crafted maps per “biome,” each using a different weapon and Magnus to suit their playstyle. In Re:Legend, one player acts as the “host” and invites the other three players to help them progress through their own story. This makes it easier for each player to focus on a task they do enjoy, whether it be farming or fighting, and then reap the spoils of working together. What exactly those spoils are, I can’t really say—at least, not until Re:Legend releases later this year.

Of considerable interest to me at this year’s show was the playable English debut of The Legend of Heroes: Trails of Cold Steel III. I have a long history with this franchise that began all the way back in 2011 with The Legend of Heroes: Trails in the Sky. Cold Steel is the series’ third overall story arc, and this particular entry is the third of four games in that lineup… I know, it’s a lot to untangle. Suffice it to say that Cold Steel III is a long-awaited follow-up to one of the most narratively dense and satisfying Japanese RPGs in the history of the genre.

While it makes a charismatic first impression, Cold Steel III is an especially difficult game to evaluate in a vacuum. The story-heavy nature of its premise means that all I could really get a feel for at E3 was the game’s combat and a snippet of its English localization. The former marks a significant upgrade to the series’ signature turn-based battle system, with fluid animations enhanced by a new graphical engine, a renewed interface that streamlines command input, and new strategic options enabled via the “Brave Order” buff system. It feels fast, fluid, and fun, thanks in no small part to the series’ signature over-the-top special attacks. “I hold in my hand a chalice of heaven. May its holiest of lights act as our shield. Grail…Sphere!” I honestly eat that kind of stuff up, however embarrassingly melodramatic it may be. To that end, the game’s localization seems to be on track in spite of a publisher shift to NIS America, though it’s basically impossible to judge its overall quality from such a small slice. Trails of Cold Steel III promises to deliver yet another memorable chapter in the long-running series, and I remain extremely enthusiastic for its English release on September 24. The flames of war are about to ignite.

Aside from the three titles highlighted above, several more deserve special mention: Tales of Arise looks like the series’ biggest leap in visual fidelity yet, with even faster action-based battles and a planet-jumping narrative shrouded in secrecy. Romancing SaGa 3 and SaGa Scarlet Grace: Ambitions promise to deliver unconventional, non-linear adventures on both ends of the classic series’ spectrum. Final Fantasy VIII Remastered reintroduces a fan-favorite Final Fantasy to the world after a lengthy and conspicuous absence from digital shelves due to licensing concerns and missing source code. Collection of Mana marks the two-and-a-half-decade late English debut of beloved Super Nintendo (well, technically Super Famicom) RPG Trials of Mana née Seiken Densetsu 3 within Collection of Mana.

Stay tuned to CGM for more updates on these titles and more throughout 2019 and beyond.