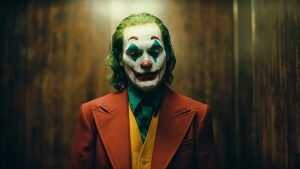 Director Todd Phillips has taken to Instagram to share a new photo from the upcoming Joker movie, confirming that it will be rated R.

Joker focuses on Batman’s iconic arch nemesis and is an original, standalone story made for cinema. Phillips’ exploration of Arthur Fleck (the Joker), a man disregarded by society, is not only a gritty character study but also a broader cautionary tale.

Todd Phillips (The Hangover trilogy) directs using a screenplay he co-wrote with Scott Silver (The Fighter), based on characters from DC. The film is being produced by Phillips and Bradley Cooper under their Joint Effort banner, as well as Emma Tillinger Koskoff. It is executive produced by Richard Baratta, Joseph Garner, and Bruce Berman.

Joker is cackling onto the silver screen October 4th of this year.

The post The Joker Movie Will Be Rated R appeared first on CGMagazine.

This post first appeared on CGMagazine, please read the originial post: here
People also like
Money Beliefs That’re Holding Your Business Back
Hollywood Dentist Providing Red Carpet Smiles
Understand You
THE HIDDEN HILLS OF CADAQUES
Tips for Getting Your Backyard Ready for a Late-Fall Party
5 Unusual Phenomena That Video Technology Has Given Us
Know 7 Most Translated Texts in the World- you’ll be Shocked
Best PS5 Games Deals and Offers with massive discounts
Chloe Grace Moretz Looked Incredible at “The Peripheral” Special Screening
5 Ways To Splurge While On A Budget
Pool Cleaner / Vampire Slayer – Day Shift on NetFlix
Roald Dahl book made into a Spielberg movie
35 Actors With Beards (Best & Worst Celebrity Beards)
Russia’s Military Woes Mount Amid Ukraine Attacks
The Only Lower Ab Workout You’ll Ever Need for V-Cut Abs, According to Science