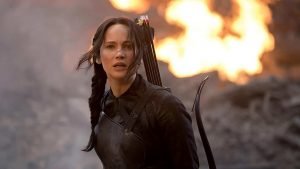 Hunger Games trilogy writer Suzanne Collins is releasing a prequel novel in May 2020, and Lionsgate wants to adapt it to film.

Collins and Scholastic plan to release a new Hunger Games novel next year, a prequel set 64 years before the start of the original novel series and focused on the reaping of the Tenth Hunger Games. A Hunger Games prequel has long been talked about at Lionsgate as a possibility, and the studio earlier licensed the film property to theme parks and live concert tours being built around the movie franchise. There’s been a clear interest at the studio (inspired largely by their investors) for blockbuster films that continue to draw in younger audiences, so making another Hunger Games film is a no-brainer.

Joe Drake, chairman of the Lionsgate Motion Picture Group, stated this on Monday: “As the proud home of the Hunger Games movies, we can hardly wait for Suzanne’s next book to be published. We’ve been communicating with her during the writing process and we look forward to continuing to work closely with her on the movie.”

Lionsgate debuted the first of four blockbuster movies based on the Hunger Games novels in 2012 starring Jennifer Lawrence as Katniss Everdeen, earning nearly $3 billion at the worldwide box office. The studio’s adaptation of the original book by Collins saw Katniss and her fellow District 12 tribute Peeta (Josh Hutcherson) sent to the Capitol to fight for survival.

The Hunger Games prequel novel will release in May 2020, with a film likely soon to follow. We’ll keep you posted on any announcements.