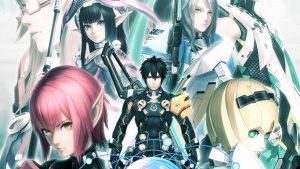 In an interview with Giant Bomb, Microsoft’s Phil Spencer remarked that Phantasy Star Online 2 will come to all platforms.

During Microsoft’s E3 2019 conference, Sega revealed it would be bringing Phantasy Star Online 2 to the Xbox One and PC outside of Japan, though only for North America. While only those two platforms have been confirmed so far, Microsoft Executive Vice-President of Gaming Phil Spencer has noted that Phantasy Star Online 2 will eventually “end up on all platforms.”

To be specific, Phil Spencer said the following about PSO2: “It was so cool to have [Sega] on our stage and work with them. And yes, it’ll end up on all platforms. That’s not the point. To me, the point was to be able to have Sega back on our stage. It’s been a while.”

Here is the Giant Bomb Nite Two at E3 segment where Phil Spencer appeared. The confirmation of PSO2 as multiplatform came at the 40:40 mark, and the conversation shifted to said game at about 37:37.

The free-to-play Xbox One and PC version of Phantasy Star Online 2 will launch in North America in 2020. In Japan, the game has appeared on the Nintendo Switch, PlayStation 4, PlayStation Vita, and PC. We expect to see more news on it in the future.