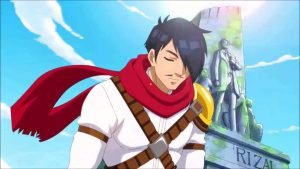 Bayani is an odd duck amongst the throngs of fighting games releasing in recent years, as it was designed to pay homage to history. Based on the 1896 Philippine Revolution, this title by Ranida Games was successfully funded on Kickstarter in December 2018. The story takes place in 8096, and features a roster based on real people from both sides of the conflict. The 2012 EVO champion Ryan “Fchamp” Ramirez is collaborating with the developer, as he is currently staying in the Philippines to help eSports event organizers grow their fighting game community.

The game is a six-button fighting game with a simplified control scheme. Three buttons have escalating attack strengths, while the other three are for special moves. Other mechanics include EX moves, bursts, and supers. Four characters and two modes are available right now, with more to come in the future.

Bayani: Kanino Ka Kakampi?! is $15.99 USD on Steam Early Access, but is currently $11.99 until June 18th. Ranida Games has said that they have plans for console, arcade, and mobile versions of their game, so there’s more to come in the future.

The post Bayani, A Fighter Based On The Philippines’ History, Is On Steam appeared first on CGMagazine.