Did anyone ask for a new Men in Black? I mean I’m always willing to give it a chance, as the whole “alien justice” angle is truly an infinite well of possibilities, but Men in Black 3 pretty much wrapped up the series in a tidy bow. It should have stayed that way, as Men in Black: International has very little reason to exist.

Before I begin, I have to say Tessa Thompson’s enthusiasm for her character, Agent M (a newly minted operative), is infectious. She imbues the hardass spirit of Tommy Lee Jones’ Agent K with Will Smith’s eagerness in Agent J wonderfully as she attempts to propel the film toward something more than a rainy day summer popcorn flick. Where it all starts to go wrong, and this is very early on mind you, is when Chris Hemsworth’s character enters the picture (this downward trend is a facsimile to Hemsworth’s entrance in Bad Times at the El Royale). 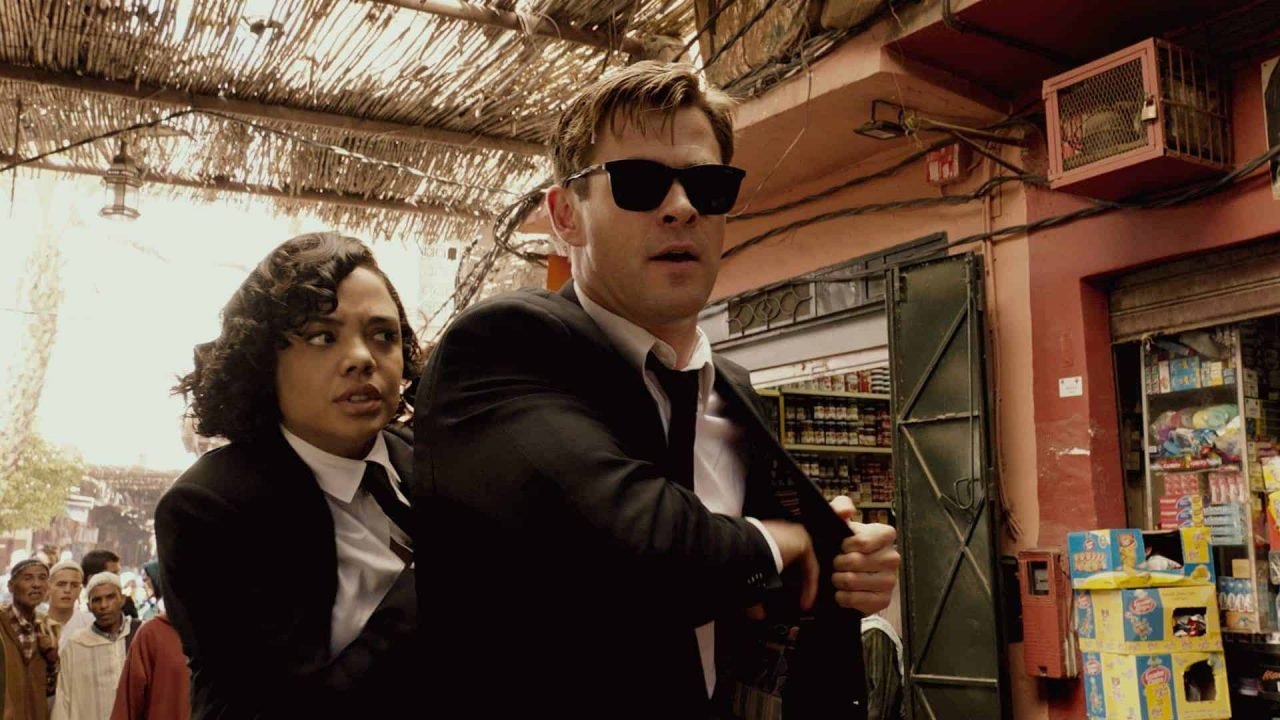 Chris Hemsworth and Tessa Thompson in Men in Black: International (2019)

We’ve seen this role a billion times before and Hemsworth adds nothing new to do. As Agent H, Hemsworth is the fool to Thompson’s straight act. He’s a cad. There is at least one “open shirt” joke. He’s basically a blown-up version of the character from the new Ghostbusters, and ultimately, feels pointless throughout the entire runtime. In fact, part of the way through I was daydreaming about a better script featuring Will Smith returning to the franchise to mentor Tessa Thompson’s Agent M and passing the torch: that would have been so much better than we got.

On paper, Men in Black: International seems like it’s going to be a surefire knockout. You have Danny Elfman contributing to the score. F. Gary Gray has proven himself in multiple genres and was not a bad choice to helm another blockbuster action romp. It just never comes together, in part due to a common popcorn film vice: a weak script. There are nearly no laugh out loud jokes in what is ostensibly a globetrotting comedy, but International sure does try to sell what few jokes are present.

It also just feels all over the place. There are some bits of noir to the soundtrack, perhaps due to the spy feel that sometimes ebbs and flows as new bits of exposition rapidly fire on-screen. It’s clearly going for that vibe but never really commits, instead only reaching a pure nirvana of sterility. Yes, it also has the same “celebrities are aliens jokes,” that are over in seconds, like a checkbox on an executive’s to-do list. The multiple subplots that are all going on at once and almost immediately solved don’t help. I’m tiring of the “soft reboot” concept for films that ultimately don’t deserve it, as studios try to mine nostalgia (Jones and Smith are overtly referenced in International) while eating their cake. 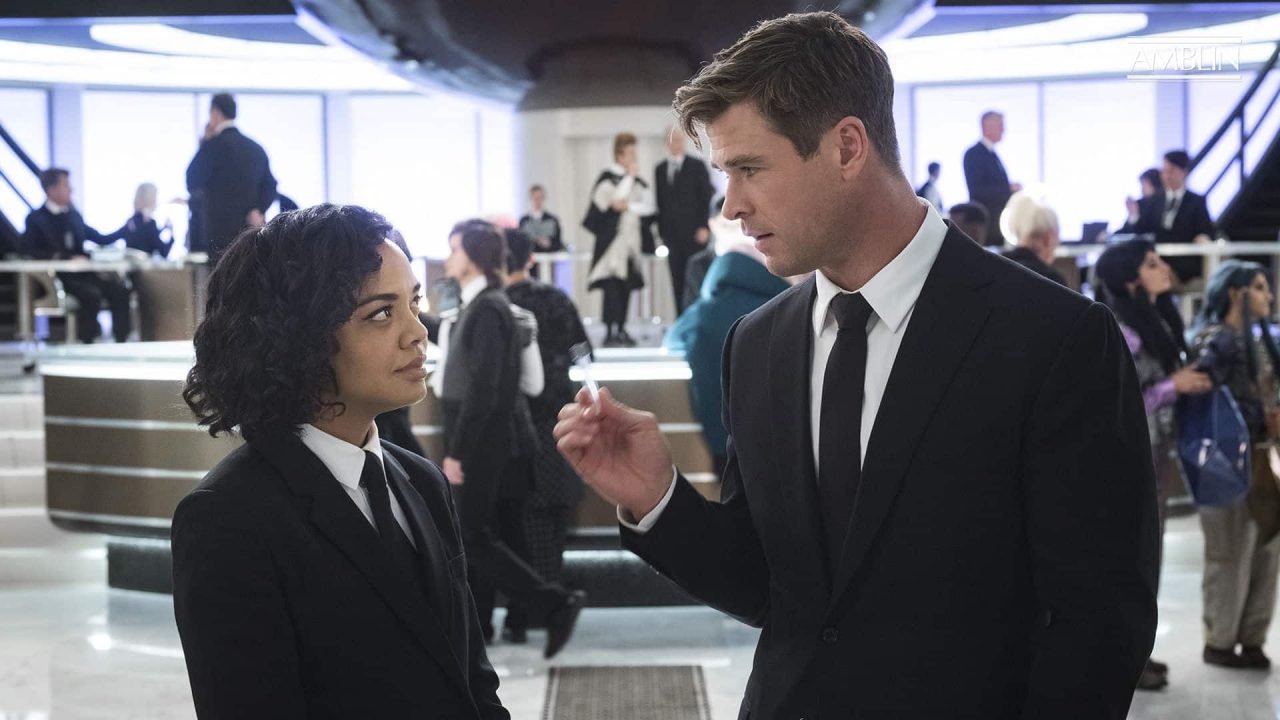 I sound a bit harsh, but there are small glimmers of charm here and although that aforementioned sterile feel is present throughout, it’s not a full-on bad film. Again, Thompson is someone I want to see more of (preferably with a different partner or just solo), and the mystique of the Men in Black organization itself is still suitably strong. For first 15 minutes or so that feature Tessa and Emma Thompson (I’ll refrain from making a Thompson Twins joke here) give us a glimpse at what might have been.

I haven’t thought about the Men in Black series in a while, and International’s biggest accomplishment is that it made me want to rewatch the first film. In a way it was hard to top the antics that the trilogy already gave us. We’ve had time travel, we’ve seen the mind wiping neuralyzer gadgets and all of the jokes that can come out of that over the course of 22 years, and there have been enough tiny wisecracking aliens to fill an entire figurative planet. I’ll take a Tessa Thompson HBO spinoff I guess? I have no idea if I want to see this series on the big screen again at this point, and I think Sony probably feels the same.

This post first appeared on CGMagazine, please read the originial post: here
People also like
11 Unforgettable Things to Do in Belize — Important Tips & Places to Stay
Theatre Tickets Direct – Frozen The Musical
O.J. Simpson on Will Smith’s Oscars Slap – SNLSkit
Does Christianity really say wives submit to your husbands?
Alert For Travel Agencies! Grow Your Business With Developing Flights & Hotel Booking App Like Kayak
Robert Pattinson Beard & How You Can Ace This Thick Style
Best Nootropics for Students of 2022
Juvéderm Can Restore Aging Lips In Minutes