Breath of the Wild’s Sequel Influenced By Red Dead 2 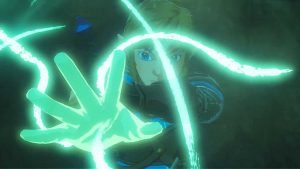 The recently announced The Legend of Zelda: Breath of the Wild sequel was partially inspired by Red Dead Redemption 2.

In a conversation with IGN, Zelda producer Eiji Aonuma mentioned that the development team has been spending a lot of time with Red Dead 2. The younger staff members in particular really got into it, and took some inspiration when working on their next big game.

It’s Me – Chapter 12
Teenage Bounty Hunters: an original, …
Types of Kisses to Spice Up Your Sex …
Holiday Cards – A Brief History
Adam Lawson interview I The EIGHTH, u…

“I did hear that a lot of [the younger staff] were playing Red Dead Redemption 2,” said Aonuma, when asked what gave the team ideas this time around. When asked about the first game, he noted that “When I was working on [the first] Breath of the Wild, the director [Hidemaro Fujibayashi] was playing Skyrim.”

It’s interesting to hear about the ideological similarities between the three massively popular open-word games. All three are hugely influential, and that influence even extends to one another. It will be interesting to see what impact this new source of ideas has on the upcoming Breath of the Wild sequel. It is possible that we could see a more prominent hub, a more wide-spread story, and larger sequences that play out automatically when the player reaches the right location, pushing the design closer to Red Dead 2 (and, incidentally, previous direct Zelda sequel Majora’s Mask).

No further details on the story, gameplay, release window, or title of the Breath of the Wild sequel were given. We can probably expect to hear more on it over the next couple years.

The post Breath of the Wild’s Sequel Influenced By Red Dead 2 appeared first on CGMagazine.

Breath of the Wild’s Sequel Influenced By Red Dead 2