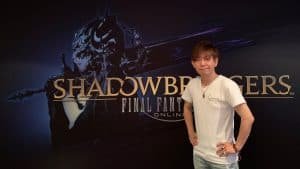 How swiftly time’s arrow flies: it’s only been a scant few weeks since CGMagazine last met up with Final Fantasy XIV director Naoki Yoshida to learn more about Shadowbringers, the game’s imminent third expansion. E3 2019 brought with it our third opportunity to seek some insight on how Yoshida’s creative philosophy continues to evolve as FFXIV moves into its sixth year of service.

Don’t make this Rings of Power market…
10 reasons we can't wait for the Prem…
Vivo Launches Budget 5G Smartphone, Y…
Nick Cannon, Wish To Rekindle Things …
Thinking on whether or not you should… 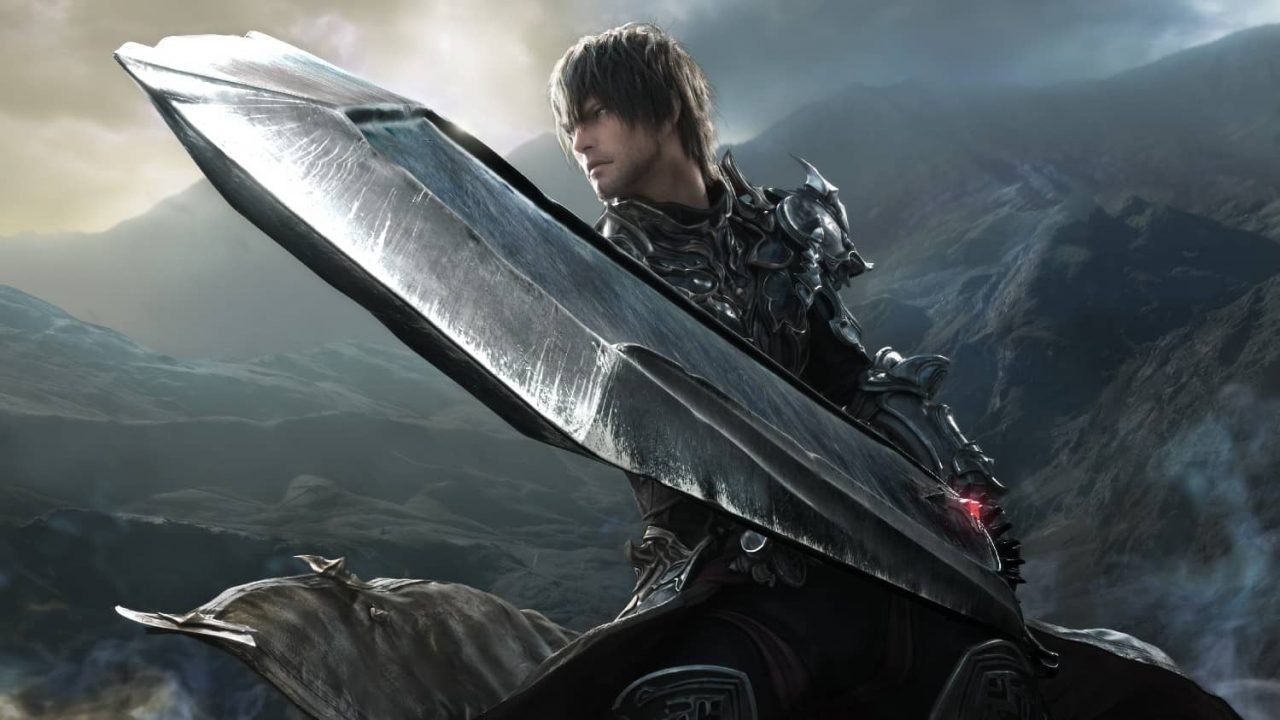 CGMagazine: Thank you for taking the time to meet with us. It’s your first appointment of the show, isn’t it? I imagine you’re tired from fielding so many questions these last few weeks.

Naoki Yoshida: I’ve been so busy that I haven’t had time to jump into FFXIV as a player recently, so I’m looking forward to doing that once Shadowbringers releases. But there’s no time for me to rest just yet—I have Japan Expo coming up immediately after this, so…

CGM: Sounds rough. You need a vacation. Maybe…Aspen? Do a little snowboarding?

CGM: Moving on to FFXIV, I’d like to start with a question I’ve heard from the community quite a few times: has the team ever discussed the possibility of adding a way to queue for duties as several roles and have the system automatically select the most appropriate one according to need?

NY: We’ve certainly thought about it on a conceptual level, but we haven’t really considered implementing such a thing. Look at it this way: if you are a single player going into the queue, signed up for multiple roles, you might expect to be matched fairly quickly according to need, right? But if you consider that there are multiple players doing this at the same time, each one of those players isn’t able to definitively distinguish the specific role they actually want to play. The more people that enter the queue, the more matching starts to misalign, making it more difficult for the system to put together a full party. The fact that such a system would actually extend queue times in this fashion makes it unrealistic for us to implement. Fast queues that match players using their preferred roles is our optimal solution here.

CGM: The “Final Fantasy theme park” concept of Ffxiv allows for some neat external collaborations that don’t really happen elsewhere in the industry. Are there any guest artists or designers, either within Square Enix or without, that you’d really like to get involved with but haven’t yet?

NY: Interesting question. Tekken series producer Katsuhiro Harada is actually an avid MMORPG player, so I’d  be curious to see what kind of FFXIV content he could dream up.

CGM: Hey, there was “Ultimate Fight Final Fantasy XIV,” the April Fools’ joke the team put together back in 2015. There’s your foundation!

CGM: There is a strong relationship between FFXIV and food, from the Eorzea Cafe to the various cross-promotions in both the US and Japan… One player even started a blog called “Eorzean Eats,” where they are cataloguing their attempts to cook every single recipe in FFXIV. Given that and the considerable success of both Encyclopedia Eorzea volumes, how far are we from an official cookbook?

NY: We’ve gotten plenty of requests from players for this, actually. As you may already know, Square Enix does have a publishing division, and I asked them if we would have an opportunity to make this. Now, traditionally, that division’s forte has always been publishing strategy guides for our games, so a cookbook didn’t seem to them like a venture worth pursuing. Today, however, many players tend to look online or at digital apps for game strategies. There has also been some shifting in our organization recently, and as a result, the publishing division wants to expand the breadth of their catalogue. Basically, that means a cookbook is something that could potentially happen in the future, but we don’t currently have anything in the works. Come to think of it, I wonder what kind of chef we’d have to bring on to help craft the recipes. And working on a recipe app could be quite fun too. 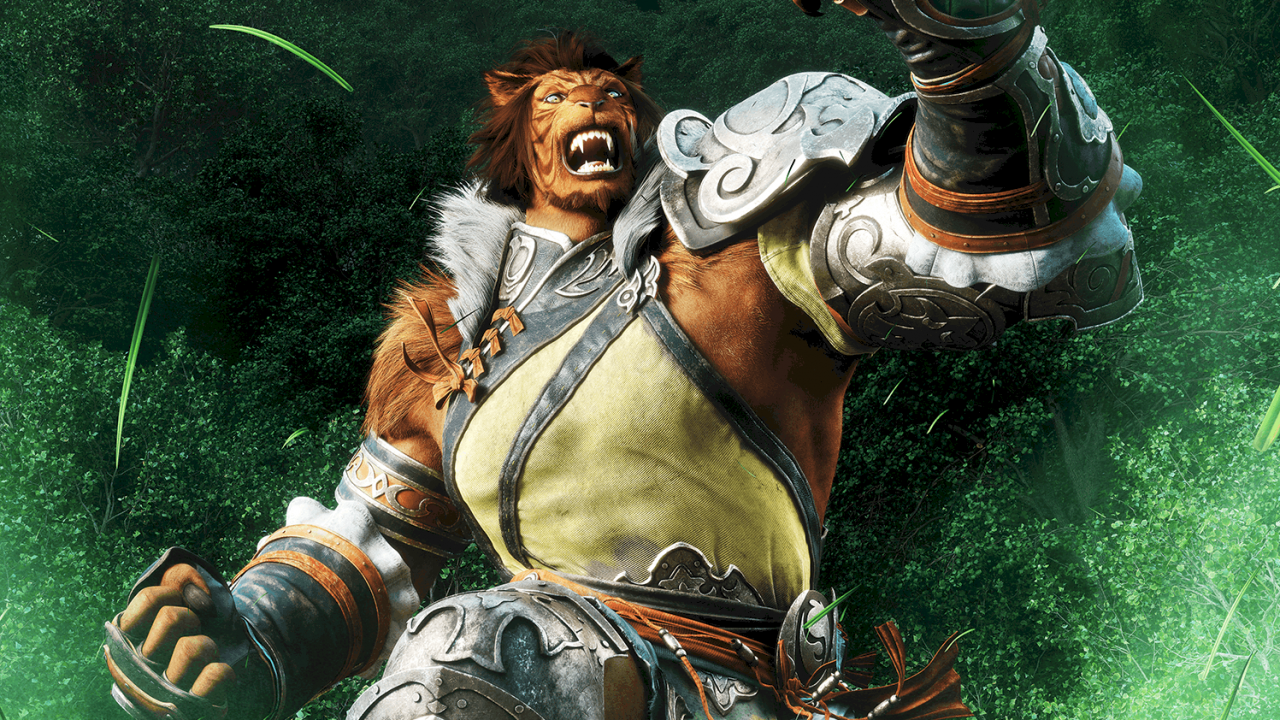 CGM: Until now, much of FFXIV‘s narrative has been centered around the player being a champion of Light who fights against the forces of Darkness.. With Shadowbringers, the script is flipped on a large scale. Were there any challenges in disentangling the ideas of “good” and “light” from one another, and how is this reflected in your creative approach to enemy design in Shadowbringers?

NY: From my own personal experience with fantasy media, there typically seems to be a conflation of “light” or “justice” with the notion of “good.” It feels unilateral to me. Surely any force that goes too far in one direction can’t be entirely good, right? That’s why I figured that if there was too much “light” in the world of FFXIV, then there had to be some negative effects. The linchpin here is the Warrior of Light being so thoroughly active in their duties as the realm’s champion that their “light” has become overbearing, disrupting the balance. That’s exactly what happened in the First—the setting for Shadowbringers—and why it has been decimated by the Flood of Light. We felt that restoring that balance would make for a very Final Fantasy-like narrative.

In terms of enemy design for Shadowbringers, this was actually a big stumbling block for us. Some context: generally speaking, Japanese people tend to be rather…agonstic, so to speak, acknowledging aspects of all religions. On Christmas, we exchange presents with one another, but a week later, we’re at Shinto shrines making offerings for the New Year. We’re neutral in that sense. So when we think about the concept of “evil,” we have a comparatively large pool of ideas to draw from. Now, in designing foes that stem from a source of light that has become too powerful, it’s all too easy to immediately jump to the idea of a fallen angel. We specifically wanted to avoid that pitfall in Shadowbringers. Players will be fighting against the First’s “Sin Eaters,” yes, but they are not necessarily angels. It’s funny—when our artists first started conceptualizing new enemies, many couldn’t resist the pull of drawing meticulously feathered wings on their creatures. I feel that’s oversimplifying things. That’s why I had to ask them for several retakes whenever I saw those wings start to appear. I had to explicitly ask them to tone down the designs. Basically…I told them to come up with something super demonic-looking, and then make it white. (laughs) We definitely did struggle with this concept because it’s apparently been ingrained into our collective consciousness to associate white with “good” and black with “evil.” 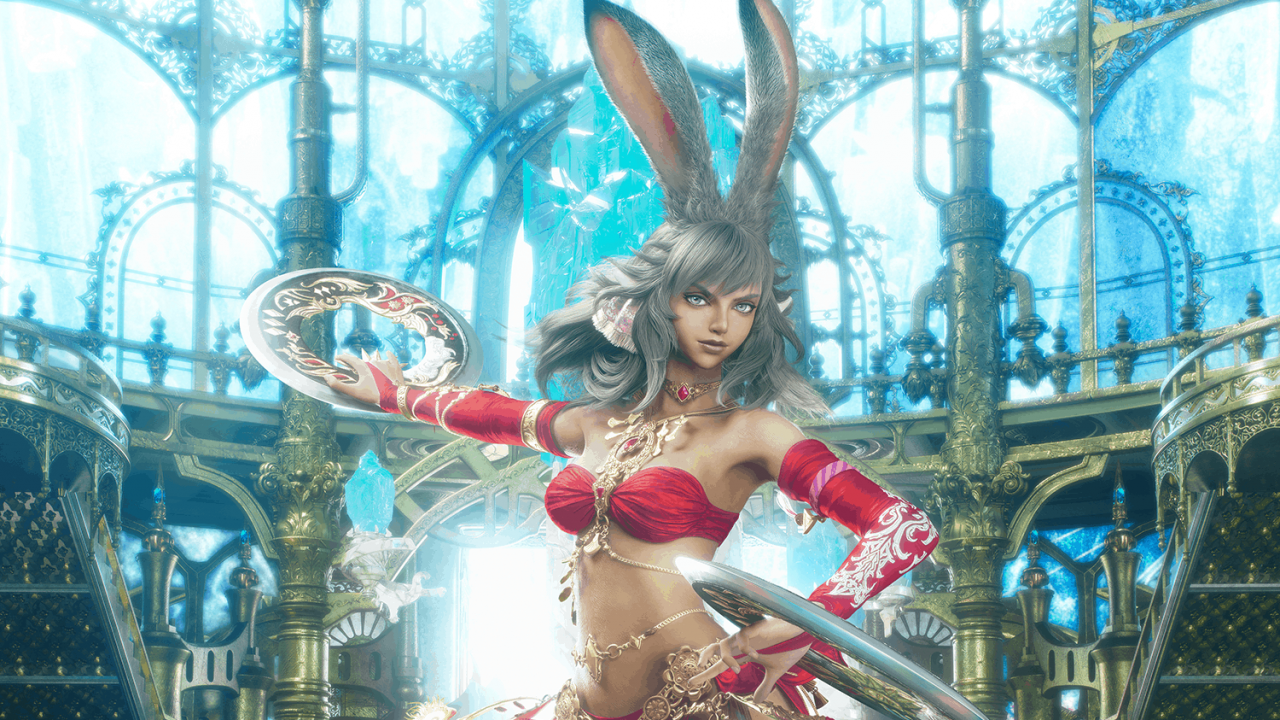 CGM: At the 2019 Media Tour in San Francisco last month, you gave a thoughtful and nuanced answer to the hot topic of gendered expression in FFXIV via clothing options. I wanted to say thank you for being aware of this discourse and giving thought to players’ feelings. Is there anything you haven’t had an opportunity to express on this issue or any comments you would like to clarify at this time?

NY: Individual expression actually ties into what we’re trying to depict in Shadowbringers by challenging the idea of light being good and dark being bad. They are not absolutes.

As people, our values are formed at the intersection of many factors: education, history, religious teachings, and so on. They are typically something we gain through instruction. With regard to the conversation surrounding gender and matters of personal expression, we need to acknowledge that people’s values influence whether they see this is a positive or a negative thing. We can’t change that. We can’t change what people are taught. But we are in the process of changing our perspective, and that’s important to keep in mind.

With matters regarding LGBTQ+ expression in FFXIV, we can’t necessarily say that people who oppose it are universally evil and that people who are for it are universally good. It’s understandable that if you were raised with certain preconceived notions about gender or sexuality, then you would not necessarily think to challenge them. What we are trying to impart to our players is a sense of freedom. The freedom to choose how they want to express themselves as individuals, and the freedom to retain their own values. We don’t want to place blame on either side. If we do become one-sided in the way we approach these things—much like the seemingly “good” force of light overtaking the First—we run the risk of being too extreme and alienating the people who stand on the other side of the issue. We are prioritizing freedom, and we are still on the road to finding a way for everyone to understand that we all are free to make our own choices.

CGM: Thank you for thinking about this. It’s a delicate issue, to be sure. For what it’s worth, I appreciate that FFXIV did grant me the freedom to use the Ceremony of Eternal Bonding to marry my male partner back in 2015, and that meant a lot to me.

NY: I’m glad. And to reiterate, I don’t want to measure our players on a yardstick of good versus bad. We just want to give them options. FFXIV is a social game, and there are always going to be players from different countries, decades, cultures, backgrounds, and so on. 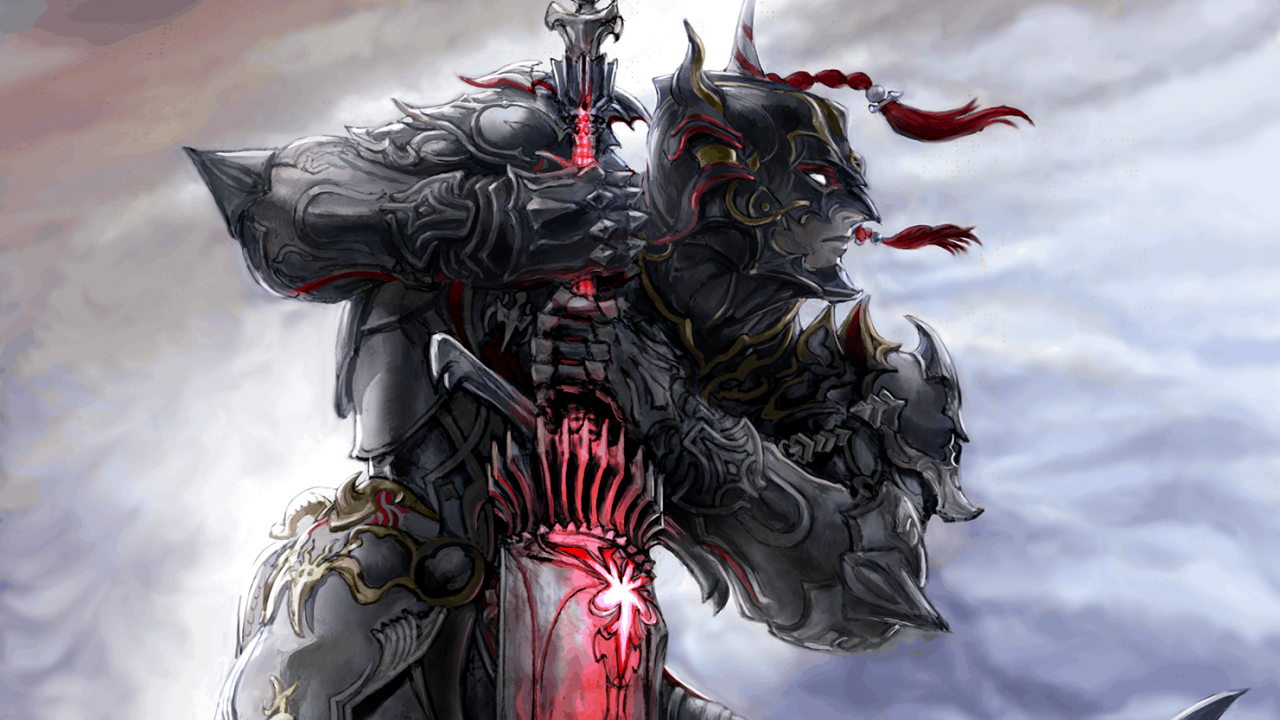 CGM: A final question: if you had to guess, what percentage of FFXIV composer Masayoshi Soken’s diet is composed of Lawson’s kara-age kun? (Editor’s note: Lawson is a chain of convenience stories in Japan that sells prepared hot food items, including the juicy fried nuggets of piquant poultry that Soken is famously fond of.)

NY: First and foremost, Soken-san’s diet is incredibly peculiar. (laughs) Whenever he’s concentrating really hard on composing, he neglects to eat at all. He says he doesn’t get hungry when he’s super-focused, but then when he snaps back to reality after writing a few songs, he cries, “I’m starving!” and immediately reaches for whatever snacks are in arm’s reach. He really just goes wild. And I say “snacks,” but he doesn’t like sweets, so it’s usually potato chips and the like. Of course, stuff like that leaves him still feeling hungry. So he’ll go to the Lawson downstairs beneath our office, walk up to the counter, point dramatically to the hot food section, and say, “Gimme everything from there…to there. The whole shelf of kara-age kun.” Then he ends up bringing a ton back to the office and passing it out to staff members.

I can’t guess how much of his diet consists of kara-age kun, but I would say that FFXIV‘s musical compositions are at least 30% fueled by Soken’s insatiable craving for chicken.

CGM: Thank you again for meeting with us today. Now please go take a vacation.

NY: (pantomimes snowboarding) It’s about time we opened a Canadian office, I think.

This post first appeared on CGMagazine, please read the originial post: here
People also like
Don’t make this Rings of Power marketing mistake
10 reasons we can't wait for the Premier League to return with the big kick-off just a WEEK away
Vivo Launches Budget 5G Smartphone, Y30 5G
Nick Cannon, Wish To Rekindle Things With Ex-wife Mariah Carey, Appreciate Her Then Love
Thinking on whether or not you should get into crypto? Read this!
Jam.GG – Play Retro Games online with your mates
Best 12 Things To Do in Singapore