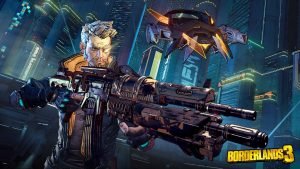 Opening the second day of E3, the PC Gaming Show held a 2-hour long conference showcasing 30 games. With Day9 and Frankie Ward as our guides, and occasional participation from the stream chat and social media, everyone interested could settle in for a steady show of world premieres and interviews.

Benefits of onion juice for hair - Si…
Importance of SEO to SC Businesses
Shen Men Piercing: Does it work for A…
What to wear: outfit ideas for Christ…
Angels Landing Hike: Epic Chain Trail…

After introductions were done, we were treated to an Evil Genius 2: World Domination reveal trailer from Rebellion. It will have a beta at some point and is coming to Steam. It looks to feature much of the same mechanics as the original Evil Genius, but specific details are scarce.

Vampire the Masquerade: Bloodlines 2 got its first gameplay footage. Set for release in Q1 2020, you compete with other vampires for survival using a variety of magical abilities to succeed, all while upholding the masquerade. The first game dates back to 2004, so it’s been 15 years in the making. Pre-orders are available, and more info can be found on its website.

Starmancer is a space station sim from Chucklefish and Ominux. It sports an isometric camera, 3D environments, and sprite-based characters. Grow your colony, make friends in space, and deal with pirate invasions.

Next up, we have Chivalry 2 from Torn Banner Studios and Tripwire Interactive. It looks like a more polished version of the first Chivalry, with new mounted combat and completely revamped animations among the changes showcased. Game of Thrones’ final season was casually insulted, and recent competitor Mordhau was not mentioned at all. It’s coming with a year of exclusivity to the Epic Store in early 2020.

The dystopian adventure game Mosaic was next on the docket, chronicling the events of a strange happening in a worker’s monotonous life. It’s developed by Krillbite Studio, published by Raw Fury, and is set to launch later this year. BlipBlop, the mobile game featured in Mosaic, was also revealed to be a real clicker game out now on the App Store and Google Play.

Midnight Ghost Hunt is a multiplayer hide-and-seek game inspired by the popular mod Prop Hunt. Created by Coffee Stain Studios and Vaulted Sky Games, it revolves around a team of ghostbusters seeking out a crew of wily ghosts that can hide in furniture. Ghosts can attack hunters, but they lose their object if they do so. The trailer showcased experienced ghosts moving around pretty quickly. If even one ghost lasts the four minutes till midnight, all the ghosts come back as powerful spirits that the former hunters must evade. Alpha signups are available, with one planned for later this summer.

Big Sugar Games revealed a sequel to the critically acclaimed 2017 hit The Unexplored. Unexplored 2: Wayfarer’s Legacy looks to bring more gorgeous dungeon crawling into a stunning-looking fantasy world, where the path you take will shape and change future playthroughs. Open access is now available on Fig, and you can wishlist it on Steam.

Dean Delserro from Samsung came onstage to show off the Samsung 27″ CRG5 240Hz curved gaming monitor. It has G-Sync, and first-person shooters and esports games will likely benefit the most from it. It will be available mid-July for under $400.00 US. 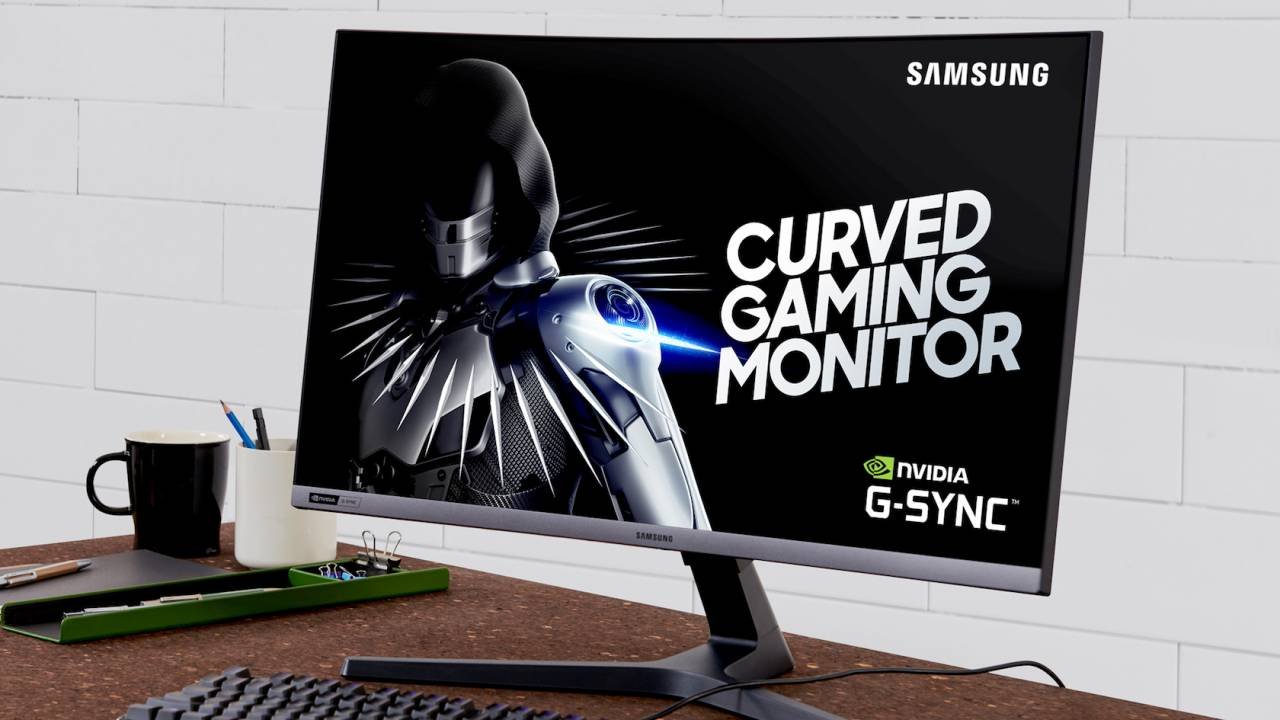 A Funcom trailer reel played at this point, showing a bunch of their upcoming 2019 games. Mutant Year Zero: Seed of Evil is out on July 30th for Xbox One, Nintendo Switch, PC, and PlayStation 4. The wave-based strategy RTS Conan Unconquered is due for May 29th, 2019 on PC. Lastly, first-person horror adventure Moons of Madness is dropping Halloween 2019 on Xbox One, PC, and PS4. 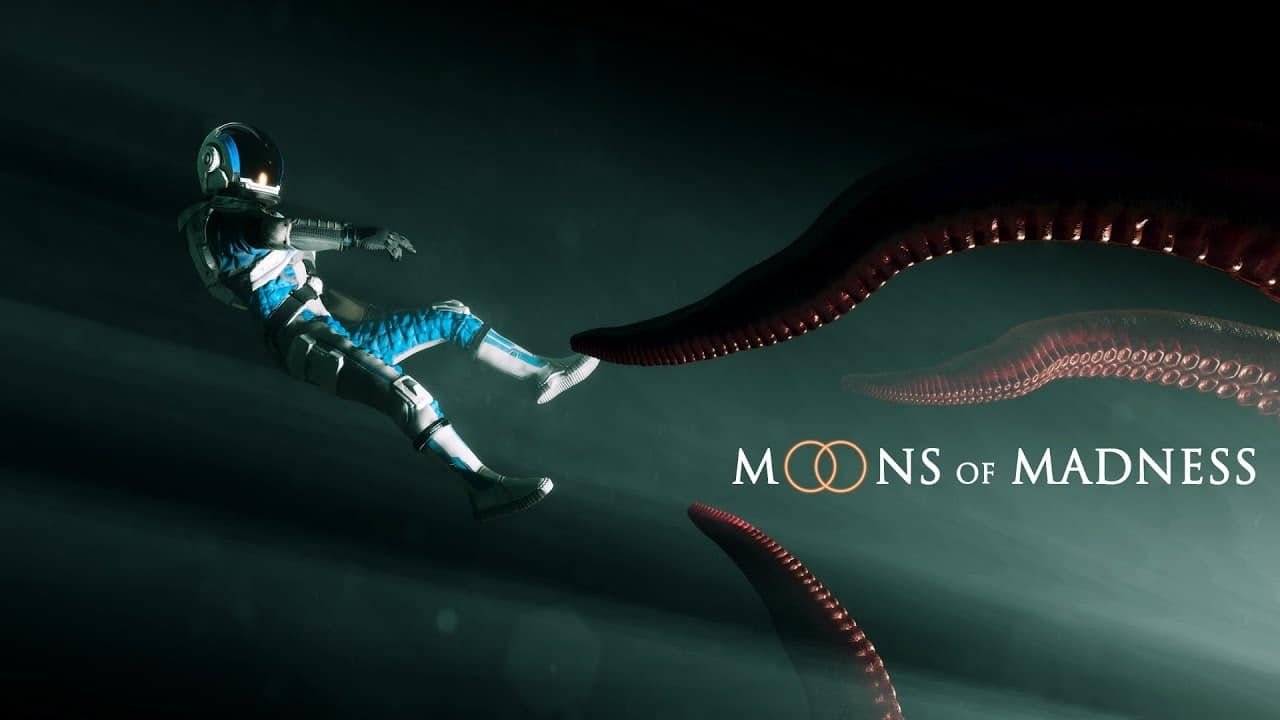 Mons of Madness – Courtesy of Funcom

Finally, it was formally announced that Funcom is publishing the Mighty Kingdom game Conan Chop Chop, which was first revealed on April 1st. It’s a cartoonish roguelike action-adventure that supports co-op, and the trailer emphasizes that it is not a joke. It will arrive September 3rd, 2019 for Xbox One, Switch, PC, and PS4.

Paradox unveiled a short trailer for its upcoming strategy game Age of Wonders: Planetfall next. Players take control of the remnants of a shattered empire on a planet divided between cyborg zombies, dinosaurs with lasers, giant mechs, and many more. It drops August 6th, on Steam, Xbox One, and PS4.

The next game revealed was Zombie Army 4: Dead War by Rebellion, the makers of Sniper Elite 4. It looks to be a squad-based zombie shooter headed to PS4, Xbox One, and the Epic Store.

Remnant: From the Ashes

From Perfect World and Gunfire Games, Remnant: From the Ashes is a co-op action shooter set on post-apocalyptic Earth. Procedural generation is a large focus, and the developers said that each new playthrough will be different compared to the last. It will launch on August 20, 2019.

Griftlands is a deck-building roguelike by Klei Entertainment where negotiation is just as important as fighting. It will arrive on the Epic Store on July 11th in alpha.

Next is the management sim Planet Zoo from the makers of Planet Coaster, Frontier Developments. It’s coming November 5th for Steam, and looks to fulfill the hole the lack of Zoo Tycoon has left in our hearts.

The Shenmue 3 trailer lead with, “Honestly, I don’t think your kung-fu is strong enough.” Protagonist Ryu spends the rest of the trailer honing said kung-fu by cleaning up his current town’s streets of lowlifes. It’s now coming November 19th, 2019, for PS4 and the Epic Store.

Coffee Stain Studios and Lavapotion presented a pixelated fantasy adventure game called Songs of Conquest. Set to a great vocal track, we got a look at this classic adventure strategy game that pays homage to the old Heroes of Might and Magic series. Build up a town and army, and take them into turn-based battles in a fusion of adventure and strategy. Signups for a closed alpha are available, and the game will ride into town late 2020.

Warhammer: Vermintide 2 got a Versus PvP update that lets you play as some of the Skaven. You can sign up for the beta now.

Raw Fury and Tlon Industries’ Per Aspera doesn’t have many details thus far, but we know that you play as an artificial consciousness orbiting Mars that is preparing to terraform the red planet. Coming 2020, you can wishlist it on Steam.

Set ten million years ago in the African jungle, Ancestors: The Humankind Odyssey lets you play as humanity’s common ancestor through several generations. The game will release August 27th on PC first via the Epic Store. 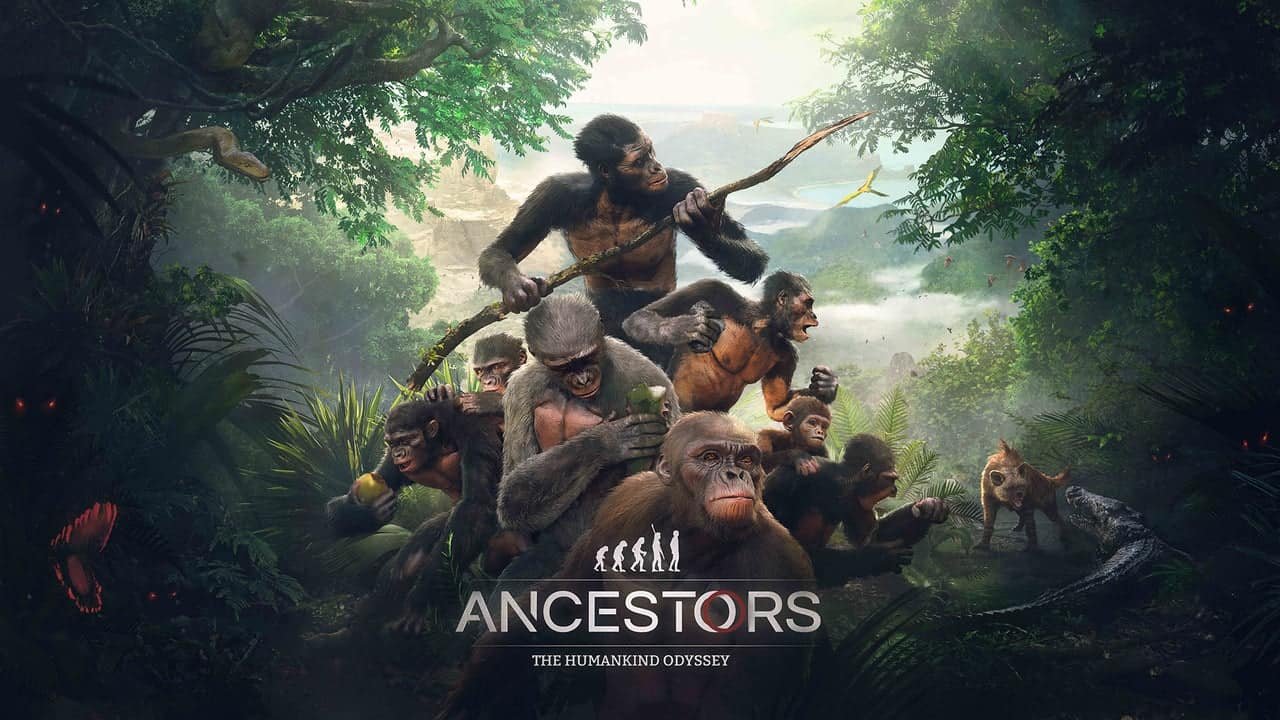 We return to the individual trailers for a segment on the popular game Auto Chess, revealing that this altered version of a mod for a Dota 2 will be exclusive to the Epic Games Store.

Next we have Cris Tales, a personal highlight. It’s a love-letter to classic JRPG-style games, allowing you to see the past, present, and future at the same time. Sporting a beautiful unique art style, Dreams Uncorporated and Syck’s game has already won a number of awards over the past couple years. Coming 2020, its debut demo is playable now on Steam.

Up next is Valfaris. Published by Big Sugar, this 2D heavy metal sci-fi action-platformer sports a long-haired headbanging protagonist wielding a sword and a gun in each hand. The art style is gorgeous, and the sheer amount of gunfire and monsters makes it one to look out for.

At this point, Paul Sage, the creative director of Borderlands 3, came out to answer some fan questions submitted throughout the show. A quick rundown: There are many different grenade types that can have mix-and-matched attributes. Artifacts add certain attributes to your movement. Guardian ranks are like badass ranks from Borderlands 2 (serving as infinite progression), but offer more skins and other unlocks. Multi-phase boss encounters and mini-bosses will be scattered throughout the game. Multiplayer will be drop-in right from the get-go, Tiny Tina will return, and there’ll be a level 50 cap at launch. Golden keys and shift codes will also make a return, and duels and other PvP modes are a yes/maybe. 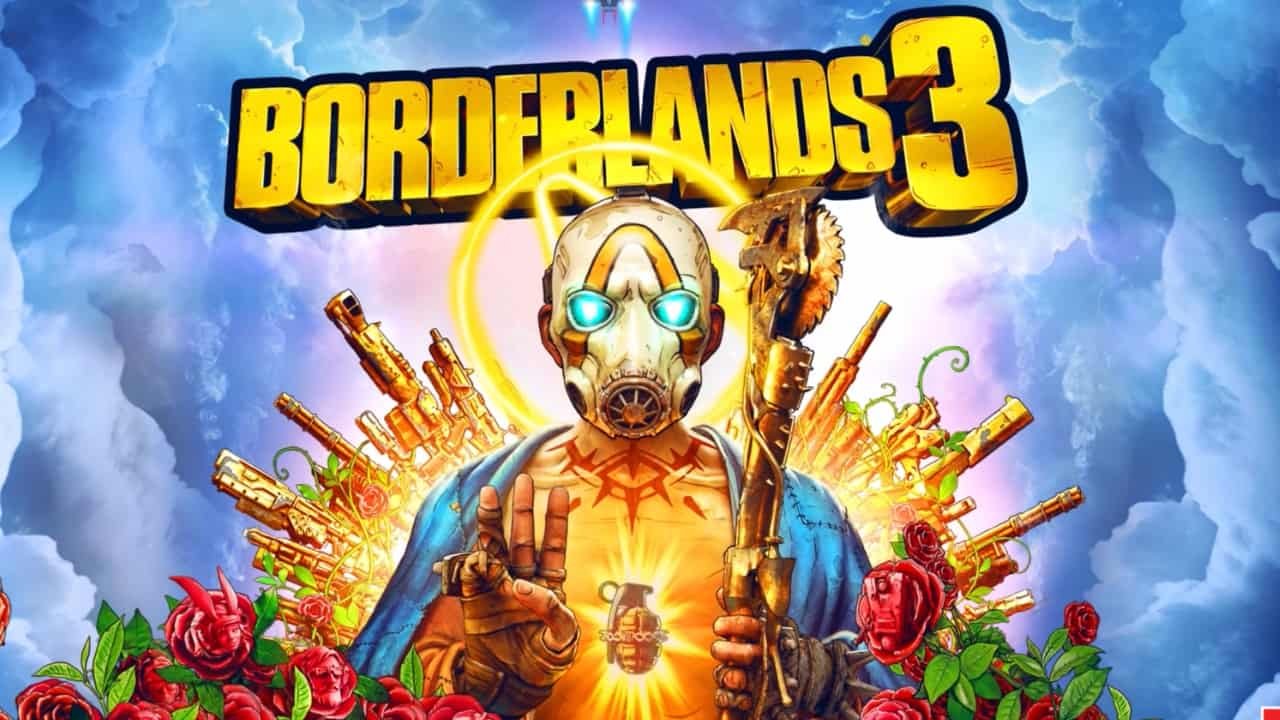 The open-world action-RPG Maneater from Tripwire Interactive is about sharks. Returning from last year’s show, this time the villainous Scaly Pete is revealed, as well as the reality show focus of the story. It’s coming soon to the Epic Store, and will hopefully be out before the next PC Gaming Show.

A new Terraria update was announced next. Titled Terraria: Journeys End, the update will add an in-game bestiary, hundreds of new items, and many other changes that will bring new life to a game that has sold over 30 million copies.

We then got a trailer for the spiritual successor to Her Story: Annapurna Interactive’s Telling Lies. Sort through a stolen hard drive filled with conversations between characters, and watch video footage to piece together the story.

Warframe jumped in with a trailer for its upcoming Empyrean update, formerly known as Codename: Railjack, which will take players to space in their own ships to engage in space dogfights. The full reveal will be streamed on July 6th, and you can watch live to get the locked-off Nekros Prime free.

Nearing the end, we have the surreal adventure game Genesis Noir by Feral Cat Den. It subscribes to a strict noir aesthetic and is set before, during, and after the Big Bang. Surreal in design, it’s difficult to tell what it is about or how you will navigate it, but it’s certainly intriguing. No release date has been announced yet, however.

El Hijo, described by developer Honig Studio as “a cosmic adventure”, is a quirky looking tactical stealth title which puts the player in the shoes of a six-year-old child. He’s on a mission to track down his missing mother after escaping the monastery where he had been sequestered for safe-keeping, and he’ll have to use an assortment of tools and tactics to do it. No release date was announced.

Capping off the PC Gaming Show was Baldur’s Gate 3. Larian Studios had nothing new to show, but they were happy to talk about how the game came to be, and how they went about designing a game that adapts the expansive tabletop Dungeons & Dragons experience.

On September 17th, the tabletop RPG prequel Baldur’s Gate: Descent into Avernus releases, sporting a full level 1-13 campaign. As for the video game? It will come out when it’s ready. Well said.

The post All The Best Moments and Announcements from PC Gaming Show 2019 appeared first on CGMagazine.