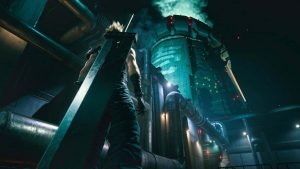 The slow trickle of information of the Final Fantasy VII remake has finally given way to something a bit more substantial — with several exciting announcements of the forthcoming remake dropping during Square Enix’s E3 2019 press conference.

The Final Fantasy VII remake will feature enough content to take up two full blu-ray discs. Square promises that Midgar alone will see a substantial increase in content. Neal Pabon, Senior Marketing lead for Square, took to the stage, giving audiences a walkthrough of Final Fantasy VII’s battle system. The game will feature real-time combat, augmented with a active time gauge or ATB system that will let players slow the action down, in order to activate special moves or Materia based spells.

Players will be able to switch between a faster combat experience or opt for the tactical route with the use of the ATB system.

Tetsuya Nomura, Final Fantasy VII’s director, joined the stage, sharing his thoughts on working on the massive project while reflecting on his time with the original Final Fantasy VII. An extended trailer for the game was shown off, featuring a first look at Tifa.

A special edition will be available that will include the game, along with a fully articulated Cloud figure + his iconic motorbike. 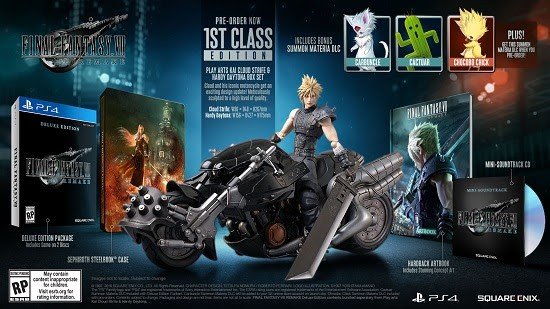 The Final Fantasy VII Remake will launch on March 3, 2020.

Final Fantasy XIV fans looking forward to the Shadowbringers won’t have to wait much longer, as the expansion will drop July 2.

Mobile players can look forward to the Final Fantasy: Crystal Chronicles remaster which will be hitting the PlayStation 4 and smart devices this Winter. The game is already available on the Nintendo Switch.

A quick ad-spot was shown off reminding fans that Spotify, among other favorite music streaming platforms, such as Apple Music, can now look forward in having access to the extensive collection of Square Enix game music.

The mainline series of PlayStation era Final Fantasy titles is now complete, with Final Fantasy VIII set to get the remaster treatment.

Overall, Square did not disappoint in bringing the Final Fantasy love to its yearly showcase. Fans have a lot to look forward to in 2019 and of course in 2020, with the VII remake.