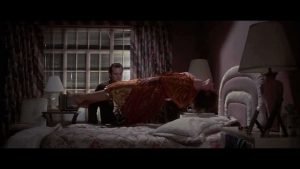 In an interview with Parade, Sigourney Weaver has confirmed that she’ll be returning in Jason Reitman‘s Ghostbusters.

“It’s going to be crazy working with the guys again!” Weaver told Parade, with the site adding that she’ll be reprising the role of Dana Barrett in next year’s sequel to the original. Dana was a fairly important character in the original two Ghostbusters movies, serving as a love interest to Peter Venkman (Bill Murray).

Speaking of Peter and “the guys”, it’s been rumoured that Bill Murray and Dan Aykroyd will return in some capacity. The Parade article outright states that they will be involved, but as of yet, there has been no official confirmation. We’ll have to wait and see if they actually show up, as the filming hasn’t started yet.

The new Ghostbusters will haunt theatres on July 10th, 2020.