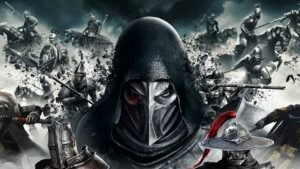 Conqueror’s Blade, a new free-to-play tactical MMO, will be getting an open BETA — prospect players interested in trying out the game can do so without worry, as the BETA is free for all to play and enjoy.

Publisher MY.GAMES along with game developer, Booming Games have just announced an open BETA which is now available, for Conqueror’s Blade. The game heavily draws inspiration from the medieval period, allowing players to create their very own warlord persona, from a selection of 10 eclectic classes.

“We are thrilled to finally open the gates to Conqueror’s Blade massive medieval universe and release it to all aspiring warlords to experience for free. It’s exciting and uncharted territory for us, and we’ll be paying very close attention to your feedback as we work on and implement new design decisions. Booming Games has created a rich landscape just waiting to be claimed and we can’t wait to see the bonds and rivalries that our community will create to shape it. Be it through epic siege wars or the formation of large houses, there is so much for players to discover, build, defend and destroy in the name of conquest.”

Conqueror’s Blade features intense, 15 VS 15 Siege Battles, fully realized and fleshed out with scores of soldiers and troops that players have control over, at all times. The game features action-oriented gameplay, bolstered by engaging, tactics-based elements, making for a truly unique MMO experience.