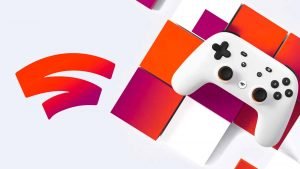 Today, Google unveiled additional details regarding its Google Stadia game streaming service. Google Stadia will launch this November, starting with 14 countries, including the U.S and Canada.

A founders edition of Stadia, which includes the controller, a Chromecast Ultra, a copy of Destiny 2, along with a 3-month subscription is now available for pre-order.

Stadia Pro, which is Google Stadia’s premium subscription service will be the top tier subscription option, going for $11.99 CAD per month, which includes a Chromecast Ultra, a limited-edition Stadia blue controller, and 3 additional months to gift to a friend. Extra Stadia controllers will be available for purchase for $69.99 CAD.

As a nice bonus, Destiny 2 the complete package will be included for Stadia subscribers, meaning users will be able to experience Destiny 2 and all of its expansions, with cross-play support for existing Xbox and PC users (PlayStation 4 pending approval).

Stadia will launch on TV, desktop, laptop, tablets, and Pixel phones. Launch games for Google Stadia will include both new and old titles, including the latest entry into the Baldur’s Gate series, Baldur’s Gate III, from Larian Studios. Ghost Recon: Breakpoint, Gylt, a horror title, Get Packed, a title reminiscent of Overcooked, in addition to an extended look at Division 2‘s latest downloadable content, were all shown off, during the Stadia stream.

In terms of speeds required for a comfortable gaming experience, Google warrants at least a 10MBps connection speed for a 720p/60FPS stream, or a 35MBps connection for 4K HDR at 60fps experience. The Stadia controller directly connects to Google’s data centre, ensuring a stable connection with the game, eliminating the possibility of input lag. Although, it is likely that users will be able to user other controllers, such as an Xbox One or PlayStation 4 pad, if so desired.

Google Stadia will launch this November, readers interested in pre-ordering the Founders edition, may do so, by clicking here.