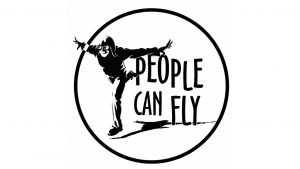 Polish game developer People Can Fly has expanded its range of studios into New York City.

This new studio, simply called People Can Fly New York, is the fourth studio opened by the company. It’s opening will bring the number of people affiliated with People Can Fly to over 200 across Polish, UK, and US offices. Established in 2002, People Can Fly is currently developing an unannounced AAA project with Square Enix, and are known for the popular Bulletstorm titles as well as co-developing several titles in the Gears of War series.

MICRO BUSINESSES
How to set up your home photography s…
How Do You Get Bed Bugs?
8 películas lésbicas navideñas para d…
Why Lawyers Use Legal Pads?

“It’s an amazing time for People Can Fly,” said Sebastian Wojciechowski, CEO at People Can Fly. “With the opening of our New York studio, we will surpass 200 staff, which will help us accelerate the development of our AAA project with Square Enix. At the same time, PCF now has a strategic foothold in one of the greatest cities in the world by which to attract world-class talent. David and Roland have a fantastic track record in building and managing high-quality teams. I look forward to working with them alongside our existing studios in the UK and Poland.”

People Can Fly are currently hiring for a number of roles, and will be present at E3 2019 during the week of June 10th.