As Legendary Pictures continues to wade through their MonsterVerse (or as I call, it Monarch) cinematic umbrella, one thing is clear: they don’t have a vision. So much time is spent trying to cobble together characters that don’t matter and lore pieces that never go anywhere that the focus is taken off of the Monsters. It’s pretty unfortunate for a film that’s technically the third in a series that has the phrase “monsters” in it.

There’s a lot of unique ground to cover in Legendary’s Godzilla world and almost none of it is properly explored. The Monarch organization is ostensibly made into the “good guys,” shepherding in an era of human and monster harmony while blandly labelled “eco-terrorists” seek to destroy that balance. It’s a hard line to walk for sure when you’re a Hollywood spectacle film as you don’t want to get too clandestine and lose your audience, but it begs the question: why attempt it if you can’t pull it off?

To that end, Godzilla: King of Monsters doesn’t scrimp on talent. There’s a scene where four accomplished actors emerge (Kyle Chandler, Sally Hawkins, Thomas Middleditch, Ken Watanabe) and it kind of blows you away to see how far all of these people have come even in the last few years. But King of Monsters is also keen to waste most of their storylines, instead focusing on rapid-fire plot-moving beats to get from one location to the next. It’s baffling. So much of the film (there’s no real monster-on-monster action for nearly 45 full minutes) is spent on setup, which is an utter farce given that we’ve already had two movies of building blocks on what Monarch is, what it wants, and how the creatures/titans fit into our world. We want to see them fight and interact: and when that does happen, it’s not even ideal.

For whatever reason (budget considerations?), King of Monsters is chock full of dimly lit and shaky scenes that prevent us from accurately figuring out what goes on. There’s one good battle scene with Rodan in Mexico at twilight, which is just dramatic enough to actually make everything out. The rest of the film is dim and dour, much like the overall tone of the flick. If you look at a film like Shin Godzilla (one of the more acclaimed Godzilla films in recent years) you’ll notice that even during the night fights, everything is clear and in plain view. That’s the sort of environment Godzilla deserved in what was ostensibly his big western brawl debut, fighting against one of the most legendary creatures in the entire Toho universe, Ghidorah. There’s also not a lot of room to have fun or cheer for Godzilla until the very end. We have so many side plots to worry about (Millie Bobby Brown is basically in her own movie) that the bloated two-hour-and 12-minute runtime does not do the monsters justice. It was after my viewing that I invited the inevitable comparisons to Skull Island in. Taking place in the same universe (Godzilla and Kong are going to meet up in 2020), it was a better lit, more action-packed, and more energetic film with a good balance between its human cast and its very present main monster. Godzilla: King of Monsters lacks most of these virtues. 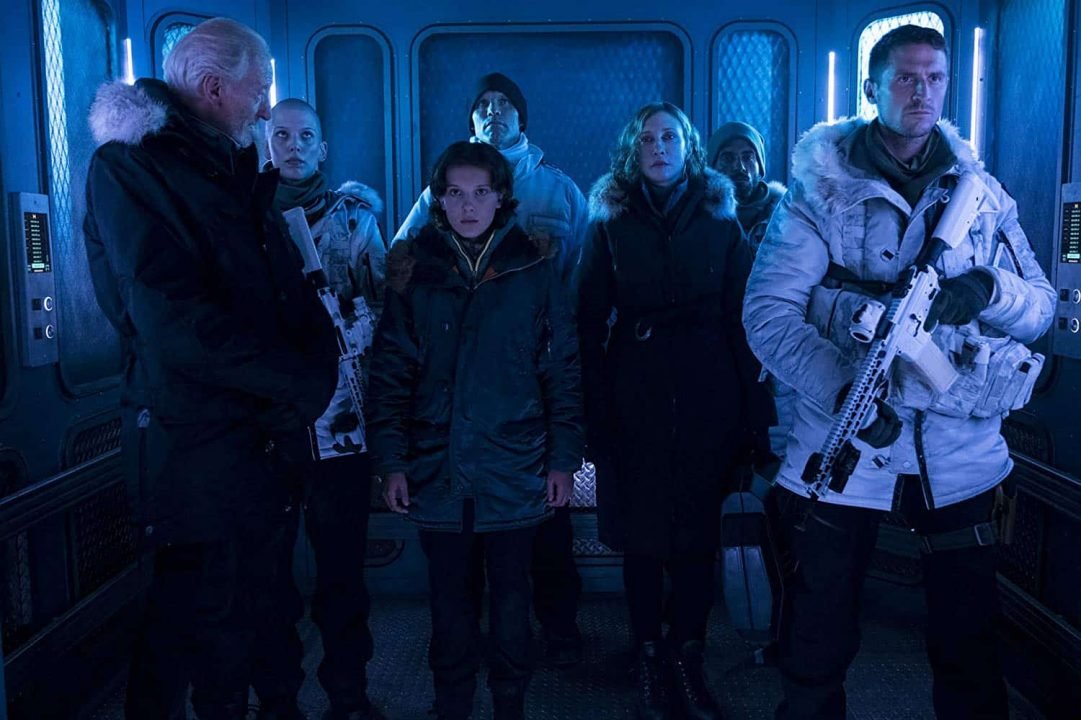 When Godzilla: King of Monsters hits, it hits. Ghidorah is a sight to behold on a scale that’s rarely done in action, and a few bright spots like Kyle Chandler have enough energy to keep things moving. But no amount of CG and pep can make up for the glacial pace and overdone script.

The post Godzilla: King of the Monsters (2019) Review appeared first on CGMagazine.