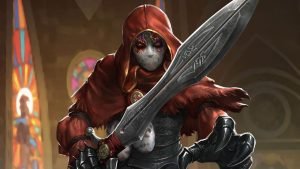 With E3 2019 just around the corner, it’s that time of the year when leaks and rumours run rampant. The latest game to be joining this yearly trend seems to be an alleged Fable reboot for Xbox One.

Culturing hanginan, another commercia…
The Top 3 Secrets to the Female Orgas…
Problems with valuations, again.
What does Bitcoin Mean? You Should Kn…
Remote Learning Resources for the Fir…

The rumour, which began on the Xbox One Reddit page, initially included a video that showed off what appeared to be an unannounced Fable title. Although the video has since been taken down, the leaker kindly wrote down several key features that may be present in the forthcoming Fable title. An excerpt of the post can be read down below:

Reddit user LagSwag1 went on to detail the world of the alleged Fable title, stating,

“Albion and Aurora are gone. “Lands reduced to fables.” The Spire was rebuilt and used by a mad king to wish that an asteroid would strike the planet. He also wished it would happen again in the far future. Eons later and everything is new (medieval themed, new continents) and you have to stop the destruction of the planet again. Theresa and a Heroes Guild are preserved on another planet via a demon door. Time Travel heavily involved in play. Jack of Blades returns.”

Of course, especially without video evidence, it’s hard to say how likely any of the above is in actually being true. However, it has been quite some time since a Fable game was released — making E3 2019 an excellent opportunity to unveil the future of the dormant franchise.