The Potential for the Gritty Realism of Call of Duty: Modern Warfare 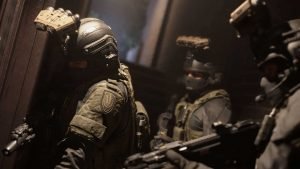 As a group of journalists—including myself—got off the bus at Infinity Ward’s offices, none of us knew what to expect. Call of Duty has been a staple of the fall gaming lineup for years now. Each new installment sells countless copies, even with droves of people proclaiming, “This is the year it finally slows down”. Yet, it never does. Activision and the teams at Infinity Ward and Treyarch know what works, how to market it, and how to build a title that people want to play.

Walking into the theatre demo, it is with this mindset that I sat down to listen and watch what this new installment could offer the masses of fans. With last year’s Black Ops 4 opting to remove the story, all bets were off with this new entry in the series. But what we eventually got was far more interesting and provocative than I or anyone else in the room expected. Call of Duty is reimagining the Modern Warfare series for the modern world. Moral grey areas and ripped-from-the-headlines missions are at the forefront of this game. This is the dark and gritty shooter many have been asking for, but it remains to be seen if it is something that can be pulled off with the tact and grace a subject like this needs. 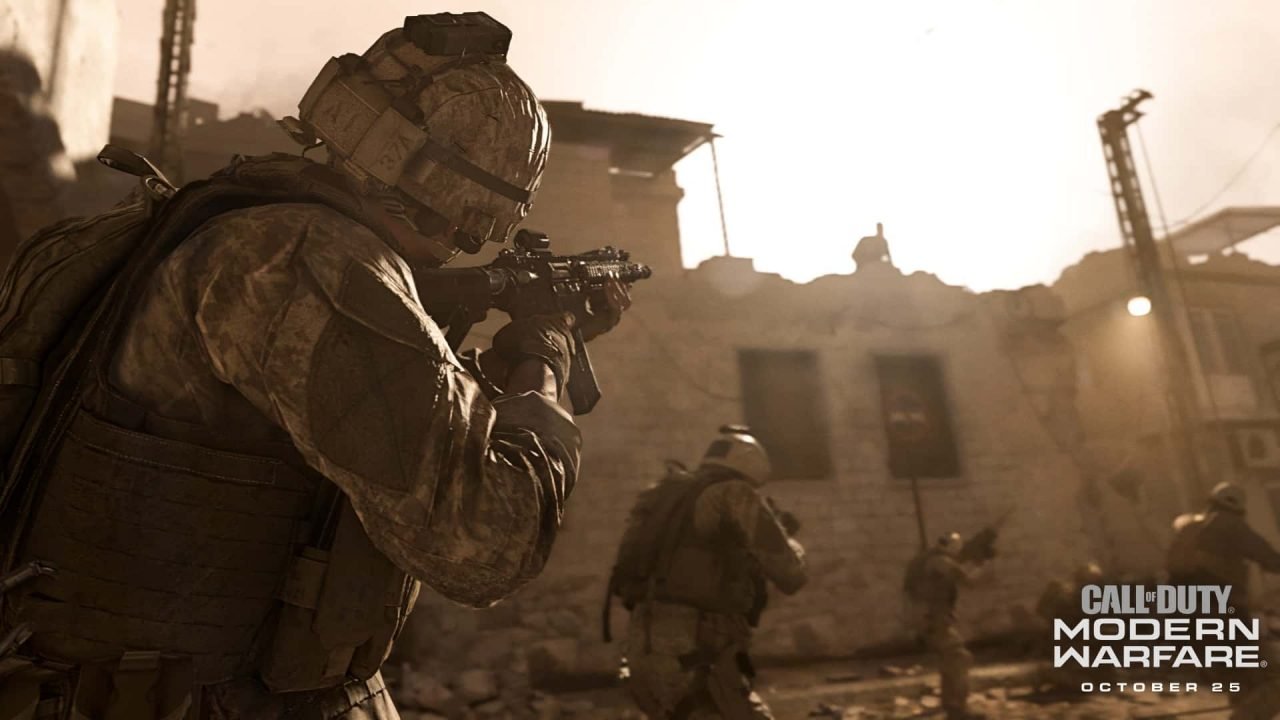 Let’s get this out of the way: first and foremost, I think there is a lot of validity in tackling complex issues, and gaming, like any art form, should be able to take these concepts on without pre-judgement. It is important to tell all sorts of stories, from the dark and gritty to the heartbreaking, and it is up to the developers and creators to tackle the how and why these stories fit into the zeitgeist.

So with this in mind, what Infinity Ward has planned for Modern Warfare could be very interesting. The world of warfare is one that should not be sugar-coated, and needs realism to matter, have an impact, and ultimately move the player. Looking at child soldiers, terrorism, and even the complex choices military personnel need to make on a daily basis could be the shot in the arm Call of Duty needs.

Yet I am still a bit hesitant on the whole situation. On one hand, as I said above, I think this is an important direction for gaming, one it should not shy away from. On the other hand, as with many big-budget, mass-market products, choices have to be made to appeal to the widest demographic. And while the public as a whole say they want dark and gritty, in reality, it can be a hard pill to swallow at times.

We were only given a vertical slice, along with an outline for what players can expect, so I will reserve final judgement and give Infinity Ward and Activision the benefit of the doubt—for now at least—and outline what the potential is for this new installment, and what players can expect when they pick up that controller for the first time this October. 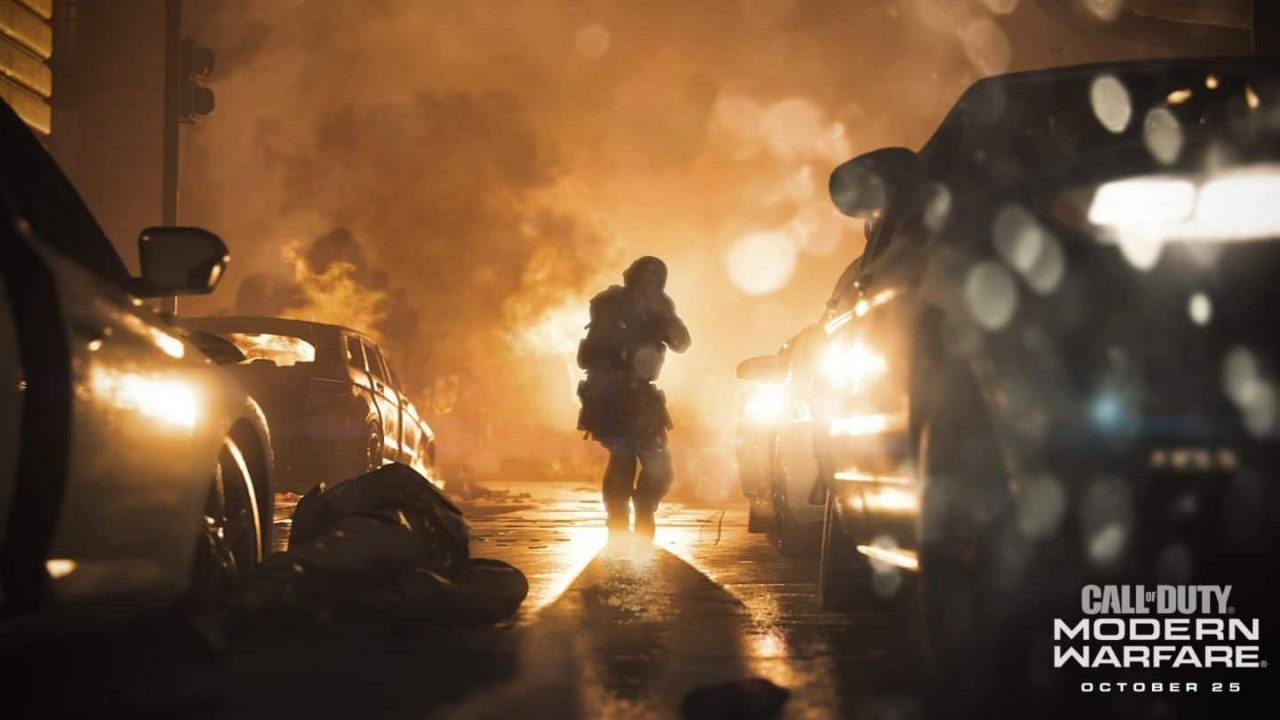 Set in the present day, Modern Warfare takes the concepts and tropes set up in past installments and tries, at least from the sections we have seen, to remove much of the camp, silliness, and blockbuster gloss that past installments in the series were known for. While characters such as Captain Price will return, these are not the same characters you have seen in past games. The world of Modern Warfare is as close to the real world as possible, with choice and potentially difficult situations always at the forefront.

Starting with a bombing in downtown London, UK, it is was made clear the team at Infinity Ward were not scared to tackle topics such as suicide bombing, terrorism, and even civilian casualties. When you take control of the player, you will be tasked to take down a terrorist cell. This is the first sign things in Modern Warfare are much more difficult to take in than past games. From people being used as human shields to justifying a kill, this is the most real, for better or worse, that Call of Duty has ever been.

The phrase “Jaws not Saw” was uttered a few times as the team guided thought the presentation. Outlining that while it will be gritty and hard to take in at times, they will avoid brutality for the sake of it. Everything you need to deal with as the player will matter to the story, and according to the team, no choice or scene was designed lightly. If true, this is a bold move on the part of Infinity Ward and Activision.

This time around, Modern Warfare will also tell many sides of the conflict, from the soldiers to the freedom fighters. Each faction will have strengths and weaknesses, along with ways to utilize these abilities to achieve goals. These factions are also not being presented as disposable fodder, with the time taken to build up characters, giving back story the conflict and suffering they are facing. 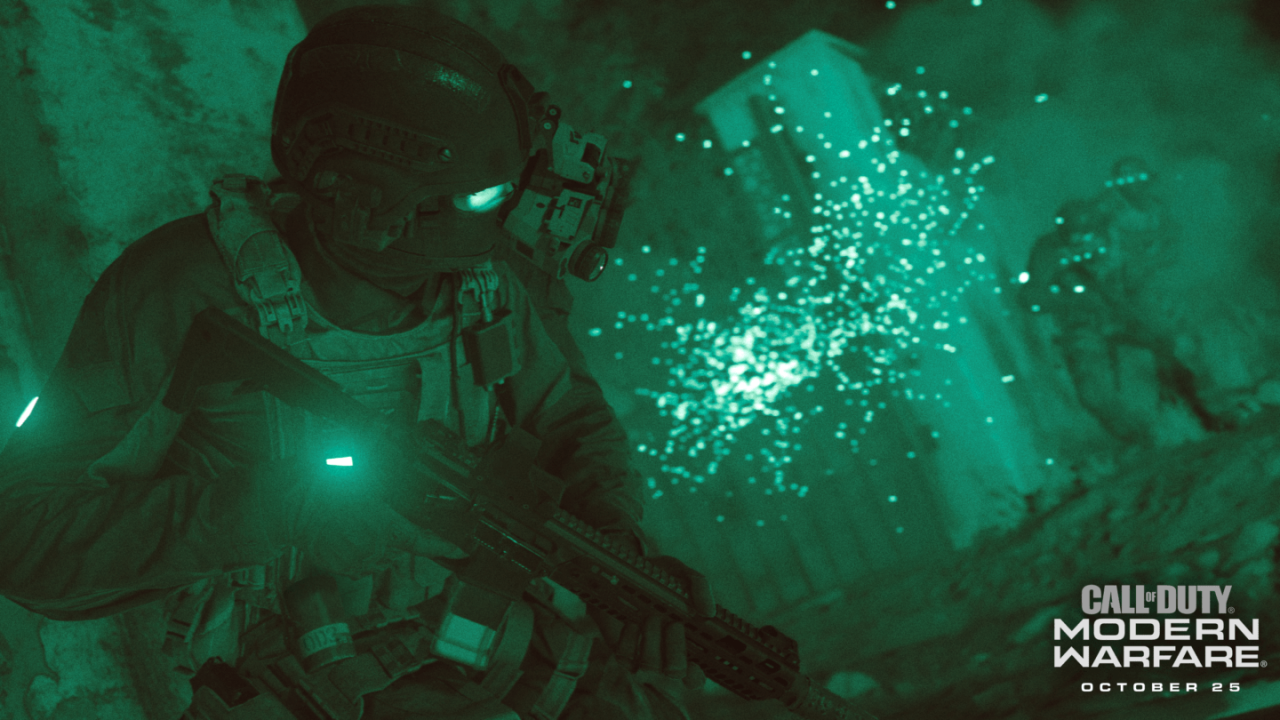 The demo they showed depicted an Afghanistan-like setting with kids as they try to survive against a Russian invading force. It was at this moment that I personally felt the most discomfort and worry about how the development team can ensure the impact is present while still making a game that works for a variety of players. From walking through the streets as people lay dying from a gas attack to the way the young protagonist fights off a Russian soldier much stronger than her, there is a lot of heavy subject matter to deal with, and if handled wrong, could be very uncomfortable to a vast array of people.

But what the scene did do was paint the struggle this young woman faced at the hands of her attackers, along with the lengths she will go to survive. Modern military history is filled with children suffering due to war, and shedding light on it is admirable. It gives a voice to those who are often glossed over in modern reporting, but at the same time, if it is not treated with the respect it deserves, it could go very wrong.

It feels awkward to discuss the tech behind what is attempting to be an important telling of modern conflict, but since the development team spent a good portion of the time outlining what they are doing to bring this game to life, I would be remiss if I did not at least touch on it a little. The engine of Modern Warfare has undergone an overhaul, with this being the most graphically impressive Call of Duty to date. Facial animations capture real-world expressions, and most importantly the emotions of the characters. At times the game felt “too real” getting dangerously close to the uncanny valley while still maintaining an engaging and photorealistic core design. When building a story where characters are at the forefront, having that level of realism and character connection is important, and on this front Infinity Ward nailed it.

On the sound front, things are just as impressive. This time around the sound design and overall feel of the game are tied closely together, providing a sense of realism and impact. From the way the sound of gunfire echoes in the environment to the way shell casings bounce off nearby surfaces, Infinity Ward has built one of the most impressive game soundscapes I have seen on modern shooters to date. If you have the audio hardware to take advantage of these features, the sense of immersion will be second to none, giving a much more impactful, and realistic overall experience.

Building a combat simulator set in the modern era of warfare is a difficult road to walk, one that could either pay off huge or alienate the audience. While it is far too early to say what path Modern Warfare will traverse, what I have seen has me hopeful. There is a lot to like with this new direction for the iconic franchise. It is pushing boundaries and tackling difficult subject matters, but it so easily could go south if not tackled appropriately. I for one am interested to see how it ultimately works out, and thankfully we don’t have long to wait, with Call of Duty: Modern Warfare launching this October 25th on PC, PlayStation 4, and Xbox One.

The post The Potential for the Gritty Realism of Call of Duty: Modern Warfare appeared first on CGMagazine.

The Potential for the Gritty Realism of Call of Duty: Modern Warfare