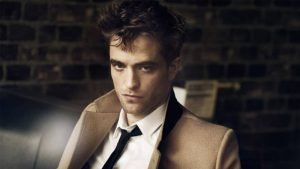 Warner Bros. has officially closed the deal on Twilight-star Robert Pattinson playing the next movie Batman.

After weeks of rumour and speculation on Pattinson taking on the iconic cowl, the studio confirmed on Friday that he had landed the role. Matt Reeves will be directing and producing the film, simply titled The Batman, which is scheduled to come out on June 25th, 2021. Ben Affleck, who played Batman in Zack Snyder’s previous DC films, was going to take the star and directorial roles but stepped down in 2017.

Pattinson made a name for himself through the breakout success of the five-film Twilight franchise, in which he portrayed the vampire Edward Cullen in love with Kristen Stewart’s Bella Swan. Pattinson is starring with John David Washington in Christopher Nolan’s latest film, Tenet, plays the lead in The Lighthouse, which premiered recently at the Cannes Film Festival, and appeared in Claire Denis’ High Life, The King for Netflix, and Waiting for the Barbarians.

Pre-production on the Warner Bros.-DC Comics flick is expected to start this summer. No official start date has been set for filming.

The post Robert Pattinson Confirmed To Be The Next Batman appeared first on CGMagazine.