Baldur’s Gate And Other Classic RPGs Roll Onto Modern Consoles 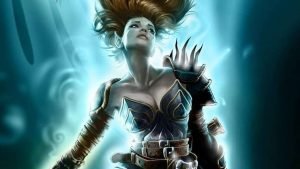 Beamdog will be porting the Enhanced editions of a number of classic Dungeons and Dragons games onto modern consoles.

After having steadily released upgraded versions on PC for years now, Beamdog is ready to bring their library of D&D classics to consoles. This impressive collection includes enhanced editions of Baldur’s Gate, Baldur’s Gate 2, the Baldur’s Gate: Siege of Dragonspear expansion, Planescape: Torment, Icewind Dale, Neverwinter Nights, and all of their DLC.

All three physical releases will be available on PS4, Xbox One, and Switch this Fall, and will cost $49.99 USD. We don’t know if this means anything about the rumoured Baldur’s Gate 3, but we’ll keep our ears open for any news.

The post Baldur’s Gate And Other Classic Rpgs Roll Onto Modern Consoles appeared first on CGMagazine.

Baldur’s Gate And Other Classic RPGs Roll Onto Modern Consoles