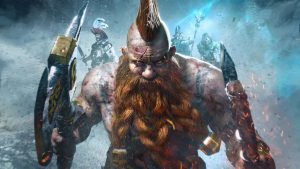 My knowledge of the Warhammer series is limited to a single instance in which I entered my local Games Workshop store in Toronto and an even briefer time with Warhammer 40,000: Space Marine on the PlayStation 3, which is vehemently different from the rest of the series — especially so, in regards to Warhammer: Chaosbane.

Despite my lacklustre exposure to the Warhammer franchise, I can at least say that I’m quite familiar with isometric roleplaying games, having played titles such as Torchlight, Divinity and of course, Diablo, in addition to non-traditional titles that incentivize loot, such as Destiny.   Loot is, without a doubt, the central focus within the world of Warhammer: Chaosbane.  In essence, if you’re the kind of player that enjoys titles that rely on a steady stream of gear and other forms of loot, Chaosbane may just be the perfect title to scratch that specific itch. 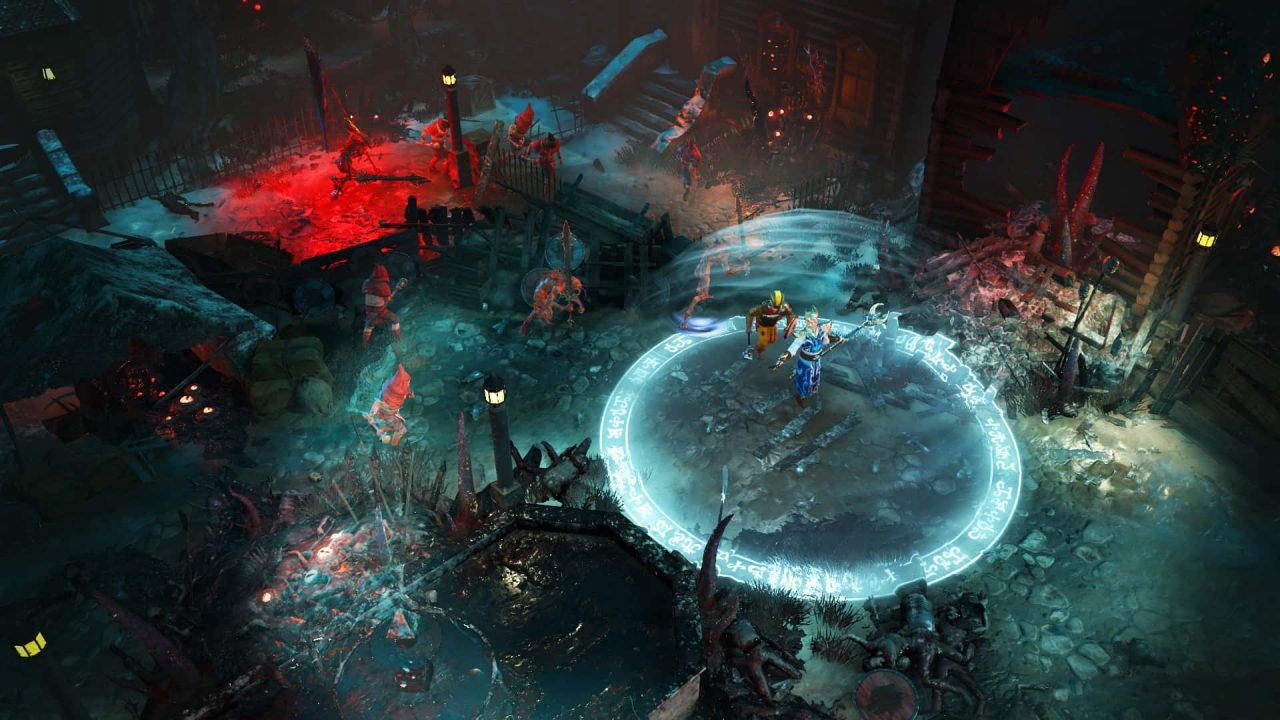 At least, it would be, if the title didn’t suffer from an inconsistent disparity between item rarity versus lower-class gear with higher stats that make the former feel redundant if not straight up, useless.  Despite this gripe, Chaosbane can be a lot of fun, with each of the playable characters feeling distinct — yet comfortable enough to jump between, without feeling lost.

For the majority of my playthrough, I stuck to the dwarf slayer, Bragi Axebiter, mostly because he reminded me of Zoltan Chivay from the Witcher series of games.  The best way to sum up Bragi’s playstyle would be to equate him to an angry Yorkshire Terrier, with the added ferocity of a Magic Bullet or spice grinder. Early on, Bragi (and the others) feel rather limited in his arsenal of attacks, but by the end of the second major area in the game, players should expect to find some moves that best conform to one’s playstyle.

For me personally, I ended up settling on a two-pronged approach that consisted of the moves, Whirlwind of Blades and Axe Throw. As the names may imply, starting with the Whirlwind move, which allows Bragi to spin around, destroying everything in a radius around him, makes for a rather devasting attack — when coupled with his axe throwing ability (a move that doesn’t consume energy) grants an effective means of sustaining DPS, even when swarmed with enemies. 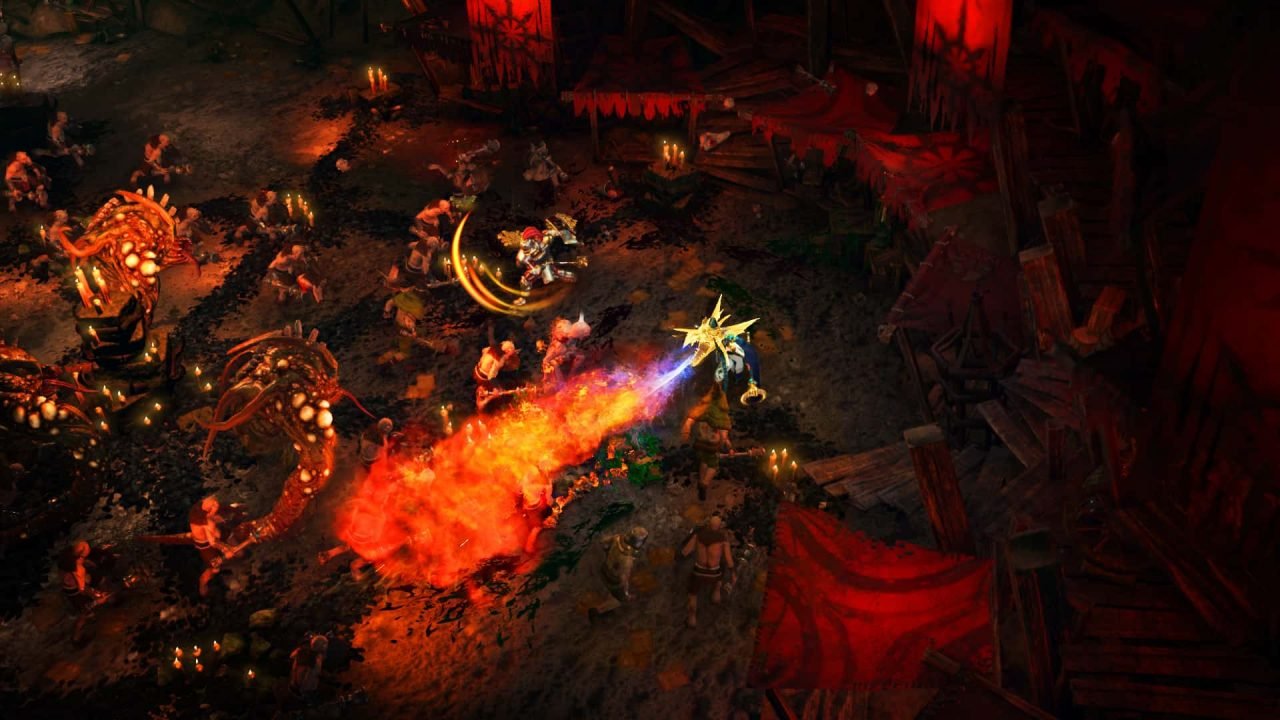 Swarming enemies are a common sight within the world of Warhammer: Chaosbane, rather impressively so in-fact. Although other titles within the same genre can offer hordes of enemies to tackle, due to Chaosbane featuring more of a semi-realistic approach in its design, the volume of enemies tends to pop when juxtaposed to the more restraint and muted backgrounds found within the game world.

Attacks and abilities are all upgradable, requiring an ever-increasing amount of skill points to unlock, which in turn can be used to level up individual tiers until mastery. Additionally, players upon reaching around level 25 or so, will open the God Skill Tree menu, which allows individual stats to be augmented and improved, through the consumption of gems, which occasionally drop from enemies.

Each playable character offers a unique way of maneuvering the world or getting through crowds of enemies by flicking the right analogue stick. For example, Bragi can whip around the map with a chain which not lets him traverse the map but escape the clutches of enemies with relative ease. 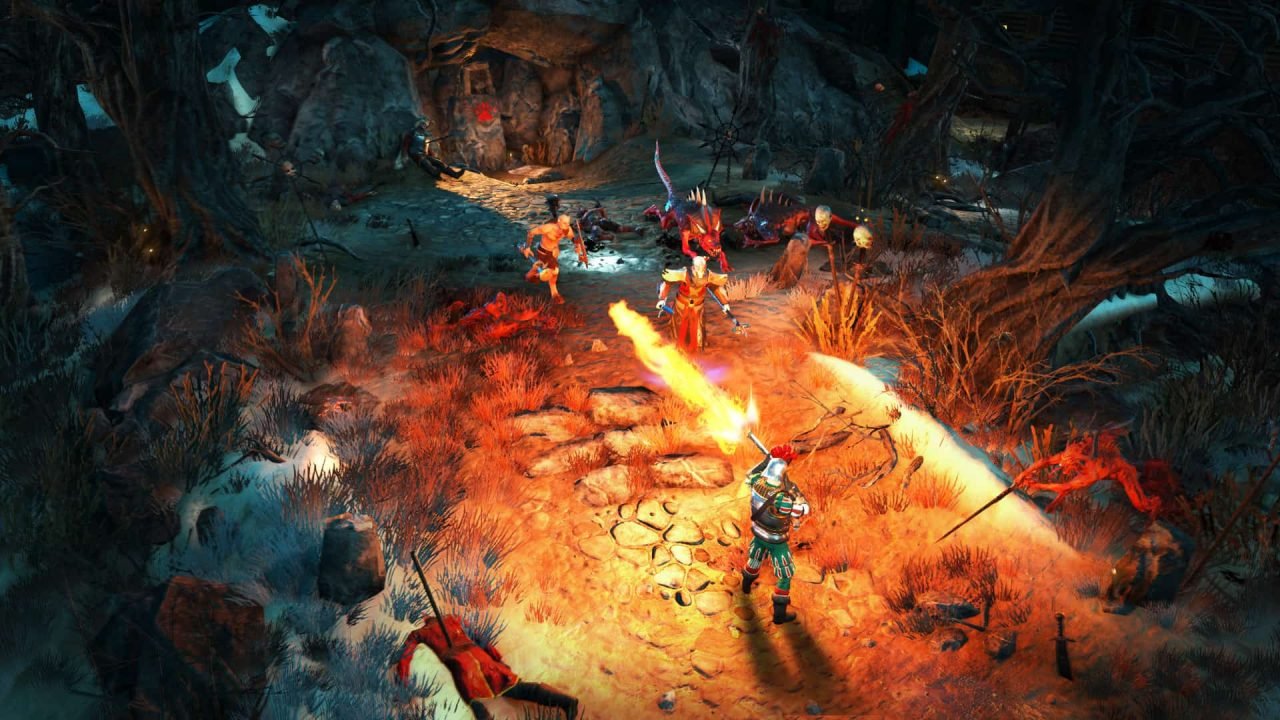 In terms of the other characters, I found the best compliment to the Dwarf warrior was either the Mage or Archer, mostly due to their expansive, range-focused arsenal of attacks.  Each character offers a unique story, all centring around the events after the defeat of Kul and his Chaos Horde, causing the remaining Dark Gods to begin their onslaught on to the already-ravaged world.

My favourite aspect of Warhammer: Chaosbane is the ease in which players can join in on the fun. Like any good dungeon crawler, Chaosbane supports drop-in-drop-out co-op, with the slight caveat being, new players will begin at level 1, but this is not much of an issue, as players can quickly gain levels and catch up.

There are three major areas within the game, with each zone consisting of around a dozen or so levels, which upon completion, grants players with a boss rush and expedition mode, which allow for free exploration of previously conquered zones — these modes essentially act as means of gaining better gear and loot. 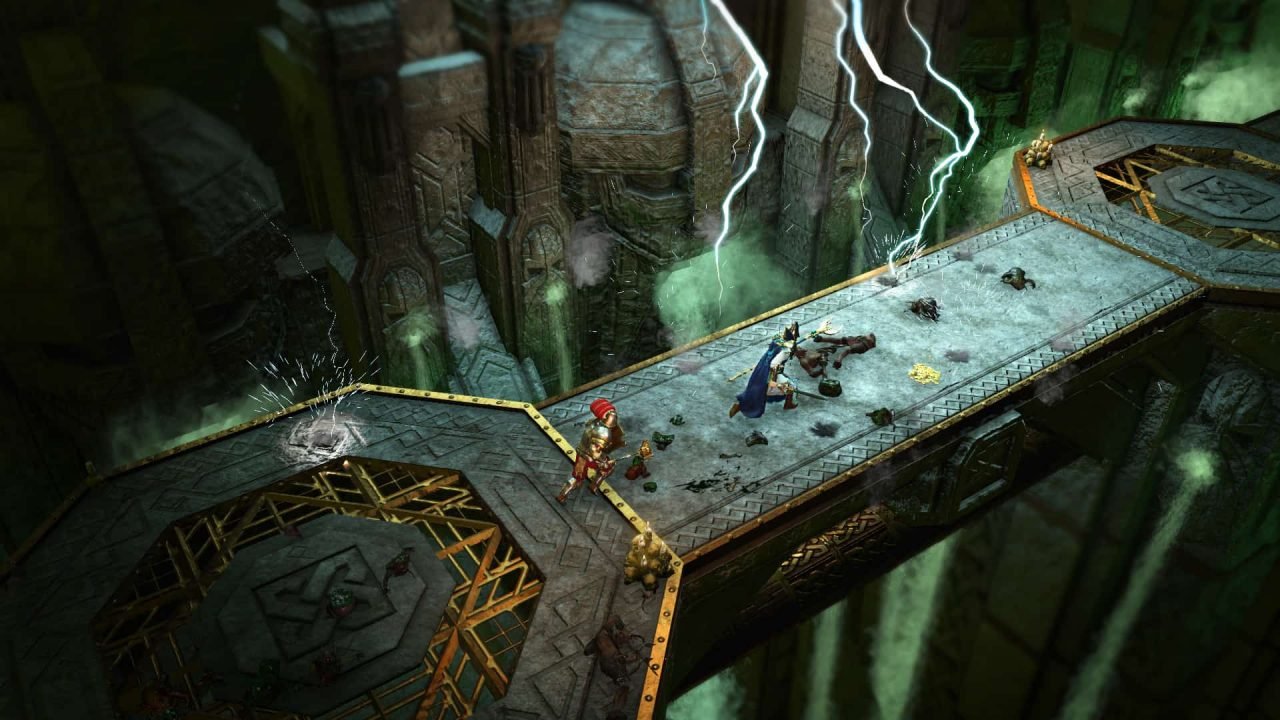 Warhammer: Chaosbane features some quality voice acting, especially for the main cast of characters, albeit some lesser characters, particularly some of the crazed cultists, do tend to come off as caricatures, rather than serious threats but overall, nothing egregious or immersion-breaking.

Warhammer: Chaosbane ultimately is a good game, though, a rather safe one, doing very little in terms of evolving the genre forward. It is best left for existing fans of the expansive Warhammer universe, or those looking for a good, first-time entry into the world of isometric roleplaying games.

This post first appeared on CGMagazine, please read the originial post: here
People also like
Creating and Selling Digital Products
Telegram Marketing solutions
Portfolio Review: Happy Birthday, Paramount+!
Comparison Between The 3rd Ranked & 2nd Ranked Framework: Flutter Vs Angular
The Importance of Hydration in a Fitness Regimen
This Is What You Should Do If You’re Laid Off