Xbox Game Pass will be coming to PC, More Details set for E3 2019 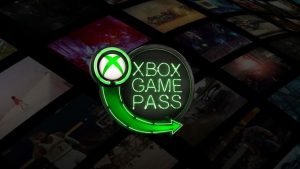 Well, it’s official, after some brief speculation, Microsoft will be officially bringing their Xbox Game Pass service to PC platforms, bringing with it over 100 games.

“We believe the player should be at the center of their gaming experience and be able to harness the unique benefits of the devices they choose to play on. Nowhere is that belief more important than on the PC. As the creators of Windows, we have a unique responsibility to ensure we’re investing in experiences that benefit players everywhere, while respecting the PC community’s preference for an open, highly customizable platform.”

Before concluding his statement with:

“We’ve not always lived up to our aspiration of keeping gamers at the center of everything we do when it comes to the experience they’ve had on Windows.”

In terms of exact details, including release date and specific titles which will be available, Microsoft promises to unveil more during their E3 2019 briefing. The initial announcement did reveal several of the publishers and studios that will be putting up their game on offer, including the likes of Bethesda, Deep Silver, Devolver Digital, Paradox Interactive, and SEGA — with a total of 75 that have been confirmed to be participating.

Some first-party titles from Microsoft did get mentioned, including games like the forthcoming Gears of War 5, the Age of Empires series of games in addition to yet to be announced titles from newly acquired first-party studios such as Obsidian and InXile. Spencer went on to mention that Microsoft will be committed to providing full Win32 support going forward, which is the standard for game development on the Windows 10 platform.

Xbox Gamepass Pass for PC will sweeten the pot by slashing off 20% on games that are already available in the library, with up to an additional 10% for downloadable content and add-ons.

Microsoft will reveal further details regarding the Xbox Game Pass for PC, later this June, during their E3 2019 press conference.

The post Xbox Game Pass will be coming to PC, More Details set for E3 2019 appeared first on CGMagazine.

This post first appeared on CGMagazine, please read the originial post: here
People also like
Canadian Online Casinos at its Best
Dirty Honey Releases New Music Video “The Wire”
Secrets of the Sorcerer Slot Review (iSoftBet)
Most Beautiful Mountain Lakes in Switzerland You Can Easily Reach
The Potential of Smart Contracts in Healthcare
Get 3 Months Of Xbox Game Pass For Just $1/Rs. 50, Also Available For Existing Subscribers
Teen Depression: Essential Signs & How Parents Can Help
A Balanced Response to Allen Gwinn
How Does the Fortinet Firewall Work?

Xbox Game Pass will be coming to PC, More Details set for E3 2019