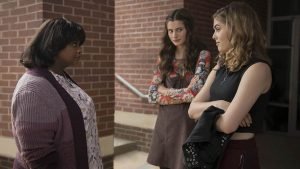 Blumhouse Productions seems to have an uncanny ability in producing movies that feature a particular type of horror, one which tends to subvert expectations while still embracing classic tropes that still feel familiar. Ma, for the most part, manages to do the same, only occasionally tripping up in situations that feel a bit too predictable, marring an otherwise fun feature.

How Do You Get Bed Bugs?
Girltrash: All Night Long: un musical…
Capture Attention and Drive Traffic w…
Things You Should Stop Worrying About…
Top 10 Sites to watch Telugu Movies O…

Octavia Spencer (The Help, Hidden Figures), playing the crazed and vengeful Sue Ann or the titular Ma does her best Two-Face impression, despite a script that tends to move a bit fast, making her descent into madness feel a bit too implausible.  Taking place in a deliberately unnamed backwater American town, Ma opens with a mother and daughter returning home, after a failed marriage with the prospects of a better life in the city behind them.

Juliette Lewis (Dusk till Dawn, Natural Born Killers) plays her part of an overprotective mother well enough, but Diana Silvers (Glass, Booksmart) aptly plays the awkward daughter Maggie exceedingly well, only faltering to a poorly paced script, similarly to Octavia Spencer’s own character. The biggest issue with Ma stems from the film not taking enough time to truly build a believable relationship between the overly willing teenagers and Ma. 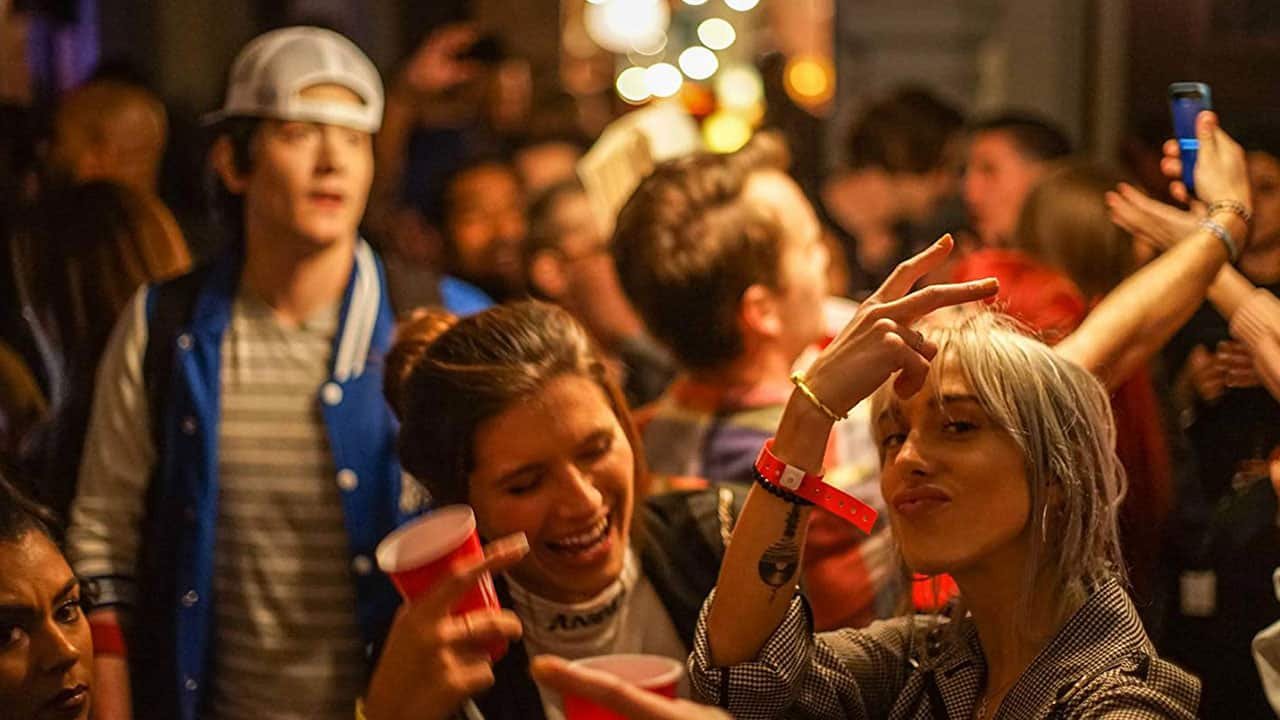 After helping Maggie and her newfound group of friends, which the movie doesn’t take enough time to build up, (especially considering her awkwardness) procure some alcohol, Sue Ann, or Ma quickly grooms the group into cozying up in her basement, which quickly leads to additional parties with the group. Ma’s basement doesn’t take long in becoming the go-to destination for parties, escalating into the inclusion of seemingly every teenager from Maggie’s high school showing up at Ma’s place, without question.

The drug and alcohol-fueled partying, of course, acts as a front, with Ma’s true intentions being one of revenge, entrapment and eventual murder — or in other words, the ingredients found within the trappings of every slasher movie, ever produced.

Thankfully, the teenage characters, notably McKaley Miller’s portrayal as the promiscuous Haley (Hart of Dixie) legitimately brings a sense of humour to the film that not only helps defuse some of the grislier scenes within the movie but also freshens up the otherwise predictable character archetypes that the teens, unfortunately, fall into. 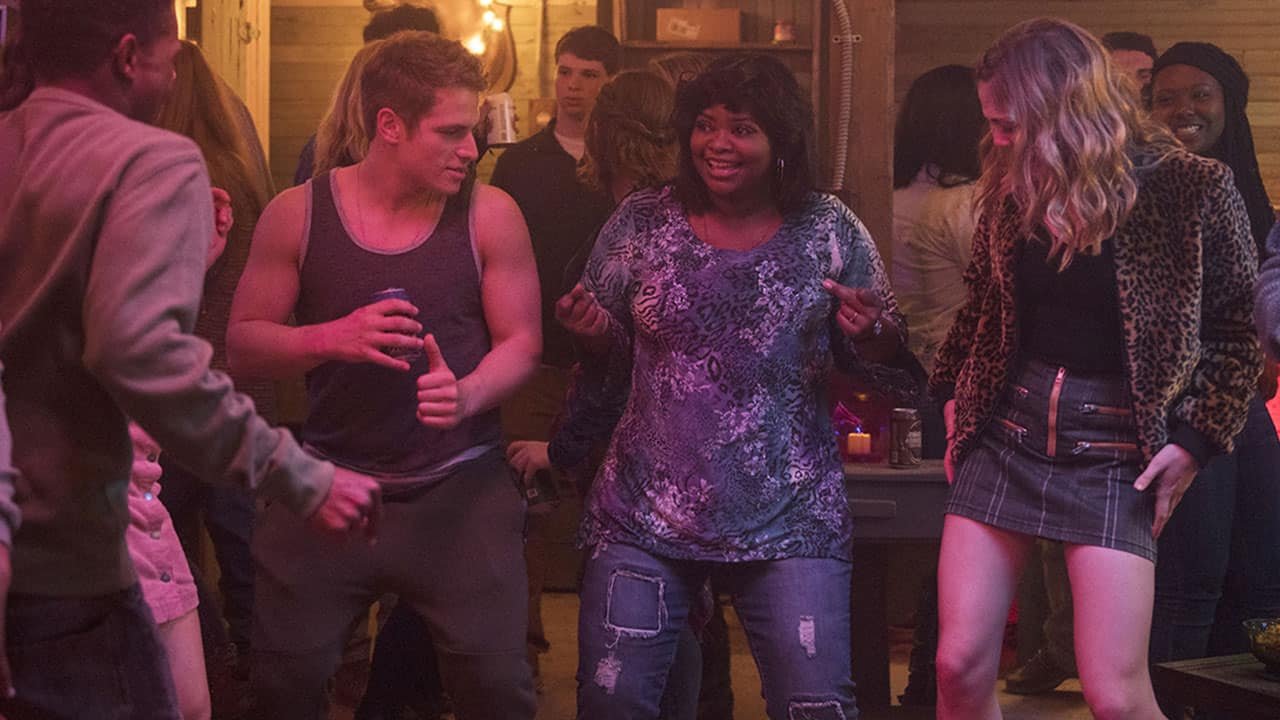 The initial premise of a lonely, inconspicuous woman luring in gullible teens into her secret, house of horrors is an interesting enough setup; however, it quickly falls apart when the movie reveals Su Ann’s reasoning behind her crazed madness. Without spoiling the big reveal, Ma’s bloodlust essentially boils down to an embarrassingly cruel moment of heartbreak from her past, at the hands of the parents of the teenagers. For whatever reason, Maggie and her mother returning to the sleepy town in which Ma resides was enough to tip Su Ann’s crazy machinations into reality.

Although the jump from obsessive creep to a crazed killer is swift, the acts of cruelty against the teens are well done, ranging from genuinely unsettling to laugh out loud. One particular scene that made me laugh involved Octavia Spencer’s character painting one of the teenagers’ face in white paint, in order to sully his blackness — this act in itself can be considered to be pretty disturbing, but in contrast to some of the more violent acts against the other teens, this one scene felt rather juvenile. 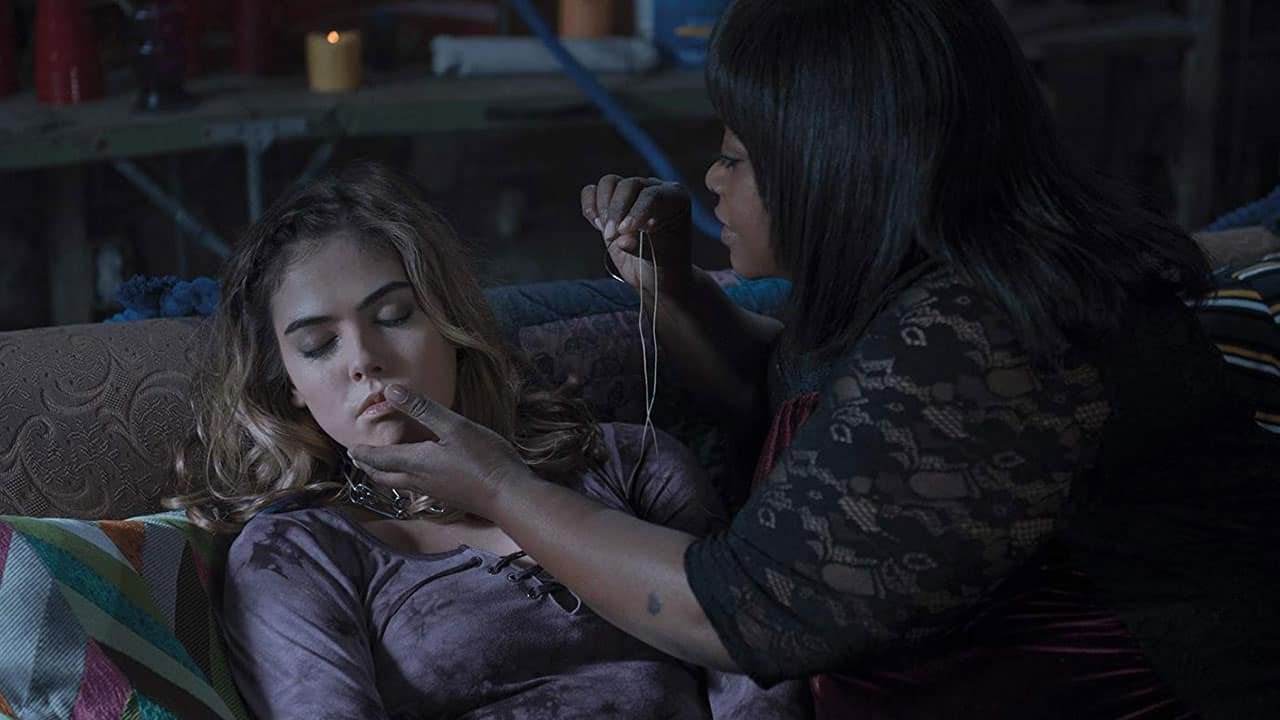 Inconsistent pacing that jumbles up the flow of the film, which when coupled with predictable horror movie situations and unnecessary flashbacks (due to things being painfully obvious) detracts from otherwise good acting, especially in regards to Octavia Spencer.  Ma, the character, at times feels like a mix between Robin William’s Seymour Parrish from the film One Hour Photo and Wile E. Coyote of Loony Tunes fame, for better or for worse.

Despite these issues and the occasional badly telegraphed plot reveals, I enjoyed my brief respite at Ma’s place. Fans of slasher flick looking for something a little different will likely enjoy Ma. Those looking for something that breaks the mould completely, however, should, at the very least, temper expectations before jumping into Ma.