The Pokémon Company Sends Out Slew of Announcements 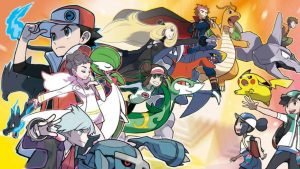 Last night, the Pokémon Company, along with Nintendo, held a special business-related conference regarding the beloved franchise, announcing several new games, mobile initiatives, among other plans for the future of Pokémon.

Pokémon Detective Pikachu, which is roughly based on the 2016 Nintendo 3DS game, will be getting a sequel slated for release on to the Nintendo Switch, which will also feature a new ending, that will act as an analogue to the 2019 feature film and 2016 game. No release date was given for the Switch Detective Pikachu title.

A brand new Pokémon mobile game was properly shown off, the title, which will be called Pokémon Masters, will feature iconic Pokémon Trainers and Masters from past games, in a game that will feature a new-take on Pokémon battles. The game is currently in development by DeNA and will see release later this year.

Niantic Founder, John Hanke took to the stage during the event, announcing the future of Pokémon on mobile platforms, which will take the form of a new game called Pokémon Sleep. Pokémon Sleep, like Pokémon GO before it, aims to promote a healthy lifestyle, this time through the use of a new device, known as the Pokémon Plus Plus, which will monitor the sleeping habits of the player, unlocking unique content within the game world of Pokémon Sleep. No release date was given for Pokémon Sleep.

The Pokémon Company took the time to acknowledge the massive Chinese Pokémon fanbase, announcing that future Pokémon events will be available in Chinese from the beginning, in addition to announcing that Pokémon Quest — the popular mobile title, will finally see release in China, through a partnership with NetEase.

Despite a lack of any announcements regarding the forthcoming Pokémon Sword and Shield titles for the Nintendo Switch, the Pokémon Company did announce a new app, called Pokémon Home. The app, which will be compatible with Pokémon Bank, Pokémon GO, Pokémon: Let’s Go Eeeve and Pikachu, and future mainline Pokémon titles, will act as a hub for players to connect and share their love with Pokémon in one, easy to access platform.

Finally, the event ended with the announcement that Pokémon Shirts, a Japan exclusive brand and service of designer shirts that feature high-quality patterns based on the original 151 Pokémon, will now be available for purchase in the U.S and Europe.

The post The Pokémon Company Sends Out Slew of Announcements appeared first on CGMagazine.

The Pokémon Company Sends Out Slew of Announcements