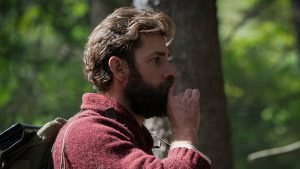 Multiple sources, including Variety, report that the ‘A Quiet Place’ Sequel has been moved ahead from May 15th to March 20th on Paramount’s release calendar.

This news follows shortly behind the recent confirmation that John Krasinski will direct and write the sequel to ‘A Quiet Place’. The first film was released in theatres on April 6th, 2018, earning more than $330 million at the box office worldwide with a production budget of $17 million. It was praised for its intelligent and profound execution of a unique horror idea, CGMagazine’s own Chris Carter giving it a perfect 10.

Escape the crowds: quiet corners in s…
The Ultimate Guide To Obtain a Europe…
Universal Tips on How to Promote Your…
Short Happiness Quotes From Famous an…
“The Friend Who May Not Seem a Friend…

It was previously revealed that Cillian Murphy is in discussions to join the cast of the sequel to ‘A Quiet Place’, which is expected to feature Emily Blunt, Millicent Simmonds, and Noah Jupe reprising their roles from the first film as a family trying to survive creatures that hunt by sound in a treacherous post-apocalyptic world. Apparently, Murphy would play a man with mysterious intentions who joins the family’s group.

The horror-aficionado Platinum Dunes trio of Andrew Form, Brad Fuller, and Michael Bay will also return to produce the sequel, which is ramping up to film this summer.

Blunt previously mentioned that it would be interesting to do a prequel, but not much story-wise has been confirmed thus far. We’ll be sure to keep you posted on more details as they are announced.

This post first appeared on CGMagazine, please read the originial post: here
People also like
Escape the crowds: quiet corners in six of Britain’s national parks
The Ultimate Guide To Obtain a Europe Residence Permit
Universal Tips on How to Promote Your Business On Facebook
Short Happiness Quotes From Famous and Unknown People
“The Friend Who May Not Seem a Friend”: The Cat and the Fire, Part 1 of 3
Crackpot Cryptography and Security Theater
It’s Me – Chapter 14
The Top 3 Secrets to the Female Orgasm