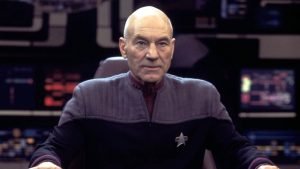 Fans of classic Star Trek can get a glimpse into the whereabouts of Jean-Luc Picard, in a brand new teaser trailer for CBS’s, Star Trek: Picard.

With the absence of the iconic Captian Picard from the Star Trek Universe, fans can finally get reacquainted with the legendary hero, who has apparently been spending his days, leisurely working on his family vineyard, making wine, a fitting moment of respite for a man who lost his brother and nephew.

Star Trek: Picard continues the exploits of the titular character, following the events of Star Trek: Nemesis, which saw release all the way back in 2002. The teaser itself does not delve too far into what fans should expect, however, just the notion of seeing an iconic hero such as Jean-Luc Picard, reprised by the even greater, Patrick Stewart should be enough of a reason to get long-time fans of Star Trek, excited once again. The last major series to come out set within the massive Star Trek universe was 2017’s Star Trek: Discovery, which is currently still airing through CBS All Access. Discovery is set 10 years prior to the original series, exploring the conflict between the United Klingon Houses and the Federation of Planets.

Star Trek: Picard will premiere sometime in late 2019, exclusively on CBS All Access.