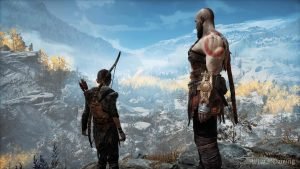 Sony announced via their 2019 Games and Service Report that last year’s God of War has surpassed 10 million sales.

Shown off alongside fellow 10 mil achievers The Last of Us Remastered and Uncharted 4: A Thief’s End, the new God of War game wowed critics and fans alike with a much more grounded (compared to the previous entries) and emotional approach to storytelling. 5 million of those sales were just from its first month, making it the second fastest-ever selling PS4 exclusive behind the more recent Marvel’s Spider-Man (which is also fast approaching 10 million sales).

How To Become God's Battle Axe
Top 10 Sites to watch Telugu Movies O…
Top 10 Best Sites Like GoStream To Wa…
Monthly or quarterly dividend stocks?…
Batman vs The Predator I An fine exam…

CGMagazine’s own Brendan Frye gave God of War a 10/10, citing an evolution of the series’ formula and some of the highest general quality the PS4 has seen. For those looking for an in-depth look at the game by its own developers, a documentary about its development, titled ‘Raising Kratos’, was recently released on YouTube.