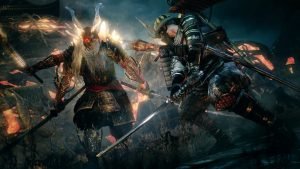 Released in early 2017 for PS4 after having been announced during the PS3 generation, Nioh received massive acclaim as a more actionized Souls-like, going on to sell over 2.5 million copies. The game was famous for how closely the developer worked with and supported the fanbase, and for its much deeper than average combat system. Nioh 2 was announced at E3 2018, but no further word has been said on it until now.

Dead Ends in Cryptanalysis #2: Timing…
Optiek Hons, Dilsen-Stokkem
How Does the Fortinet Firewall Work?
How to Get Rid of Mice – 5 Methods
SSS encourages members to use drop bo…

Nioh 2 looks to continue in the design footsteps of its predecessor with an in-depth combat system, multiple ways to play, and a focus on the conflict between historical Japanese factions over a Yokai-infested backdrop. New to the series is character customization, including multiple genders, which is shown off here alongside new Yokai transformation and enemy summoning mechanics. The end of the trailer also teases an evil Kodama (little sprites that grant you boons) that will kill you if prompted.

Koei Tecmo will be hosting the closed test for a limited, pre-selected pool of users. There are no plans to expand the alpha at the moment, but if Nioh 2 follows its predecessor’s footsteps, it could have more tests in the future.

This post first appeared on CGMagazine, please read the originial post: here
People also like
Dead Ends in Cryptanalysis #2: Timing Side-Channels
Optiek Hons, Dilsen-Stokkem
How Does the Fortinet Firewall Work?
How to Get Rid of Mice – 5 Methods
SSS encourages members to use drop box system, online services in ECQ areas
MICRO BUSINESSES
It’s Me – Chapter 23
Market gapped down on Covid fear, new trades, and adjustments for 12/21/2020