Canadian Produced Title, The Vale , A Game made for Blind Audiences, Launches this August 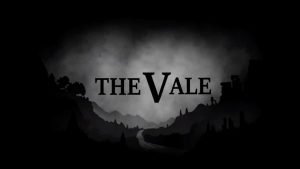 Canadian Indie developer, and winner of the Ubisoft 2018 Indie Series Special Prize, Falling Squirrel Games, earlier today, announced that their action-adventure title, The Vale, will be coming to Windows PC through Stream, this coming August.

For those unfamiliar with The Vale, the title is a true, one-of-a-kind experience, made ground up with the visually-impaired in mind. The title features an immersive auditory focused approach to game design. In fact, the game requires players to actually close their eyes, in order to properly experience The Vale. In order to ensure an authentic and thoughtful experience, during development, Falling Squirrel enlisted the consultation of the Canadian National Institue for the Blind (CNIB), to properly understand the nuances of how those affected by impaired vision, perceive the world.

The Vale employs the use of Binaural Audio Technology, haptic feedback, coupled with a powerful narrative, which Falling Squirrel promises will entice and entertain both the visually impaired and sighted audience.

David Evans, Owner and Game Director at Falling Squirrel shared his thoughts on the exciting news regarding The Vale, stating,

“We’re excited to share a project that reflects our passion for exciting and unique entries into the gaming sphere. We hope that through The Vale we are able to remove barriers and demonstrate that creating a gaming experience that is accessible to visually impaired gamers can still engage the sighted community.”

A list of the key features available in The Vale can be found down below:

The Vale will release through Steam on Windows PC this August 2019.

The post Canadian Produced Title, The Vale , A Game made for Blind Audiences, Launches this August appeared first on CGMagazine.

Canadian Produced Title, The Vale , A Game made for Blind Audiences, Launches this August