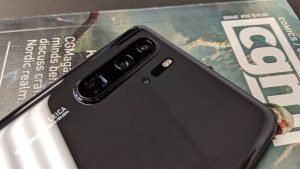 The Camera has quickly become one of the most important features of modern smartphones. Yes, speed, screen and special features are nice, but when you want to sell people on a new Phone, the camera will always be the first thing out of many manufacturer’s mouths. It is easy to see why the smartphone has become the de facto camera for all our memories, from social media to your latest family event, and Huawei is a company that has taken this concept to heart.

While photography is the focus of their latest flagship, the P30 and P30 Pr, this is not to say that Huawei has neglected any other aspects of the phone in building this wondrous camera. The P30 Pro still retains a premium feel, a dazzling screen, and a fantastic battery to boot. It is simply the fact the camera is leaps and bounds better than anything else on the market that makes it stand out heavily when exploring what the P30 range of devices have to offer.

Now that the specs are out of way, the real question is how does everything come together for a smooth, engaging experience? Thankfully, the P30 Pro exceeds most of the levels we expect from a phone of this calibre.

Firstly the design. When holding the P30 Pro, the level of quality and craftsmanship that goes into the device is immediately evident. The sleek curves and impeccable fit and finish make the P30 Pro a joy to hold and use. Combine that with a striking set of colours including Aurora, Amber Sunrise, Breathing Crystal, Black, and the striking Pearl White. It is a shame the phone is so slippery, falling off most inclined surfaces due to the all-glass nature of the body. Thankfully the P30 comes with a silicone case in the box. This case does take away some of the striking nature of the device, but also makes it much less slippery and gives the $1,000 device a level of protection that is welcome.

The lens system co-developed by Leica is the focal point with the P30 Pro. It is what gives the range of options for any would be photographer, from a para scope zoom to a lowlight ability that is second to none in the smartphone world. The P30 Pro is built from the ground up for photography, and it achieves this goal with flying colours.

Starting with the zoom, the P30 achieves what I did not think possible on a small device: a true optical zoom that is actually useful. From the unique prism-based system used to achieve it to the potential of a true 5x zoom on a smartphone, it can’t be overstated how excited I was to actually get my hands on this feature, and use it I did.

Yes, it was rare in my everyday dealings with the P30 Pro that I actually needed a true 5x optical zoom, and even rarer that I needed the 10x combo optical/digital zoom, but when I did need it, it was right there ready and waiting. Even more impressive was the fact it actually worked as advertised. We are all used to zooms on phones being, for the most part, useless, but whatever black magic Huawei employed has clearly worked.

More importantly, it is the versatility seen with P30 Pro in terms of photography that is the real game changer here. From macro photography and zooming in on distant buildings all the way to amazing photos even in the dark, Huawei has checked all the boxes with the P30 Pro.

Let us just marvel at the low light ability of the P30 Pro for a second. Huawei has worked to make it so night mode is almost a thing of the past. Due to the nature of the sensor in the P30, there were few cases where the P30 had any trouble, even in very low light conditions. In reality, the P30 had less issue than my massive Canon DSLR, making it the phone I brought to most night events during my time with the device.

While yes, the P30 Pro is still just a smartphone, and there are cases where a DSLR is simply needed, for most people during their every day, it is hard to argue with the fact the P30 Pro is a truly spectacular picture taking device that can deliver jaw-dropping photos. From nature shots to capturing moments out with friends, the P30 Pro was the go-to option for all my photo needs.

This being a modern flagship smartphone, there is more to the P30 Pro than great photos, the phone does many other things, from media consumption to gaming. The bright OLED screen was great to use, offering great colour reproduction with crisp blacks and sharp detail. Watching Netflix or YouTube on the device was a joy, and it captured the lifelike tones many TVs can’t even manage. The nearly all-screen design means little will get in the way of viewing, beyond the small tear-shaped notch at the top that is barely noticeable within a few minutes of using the phone. 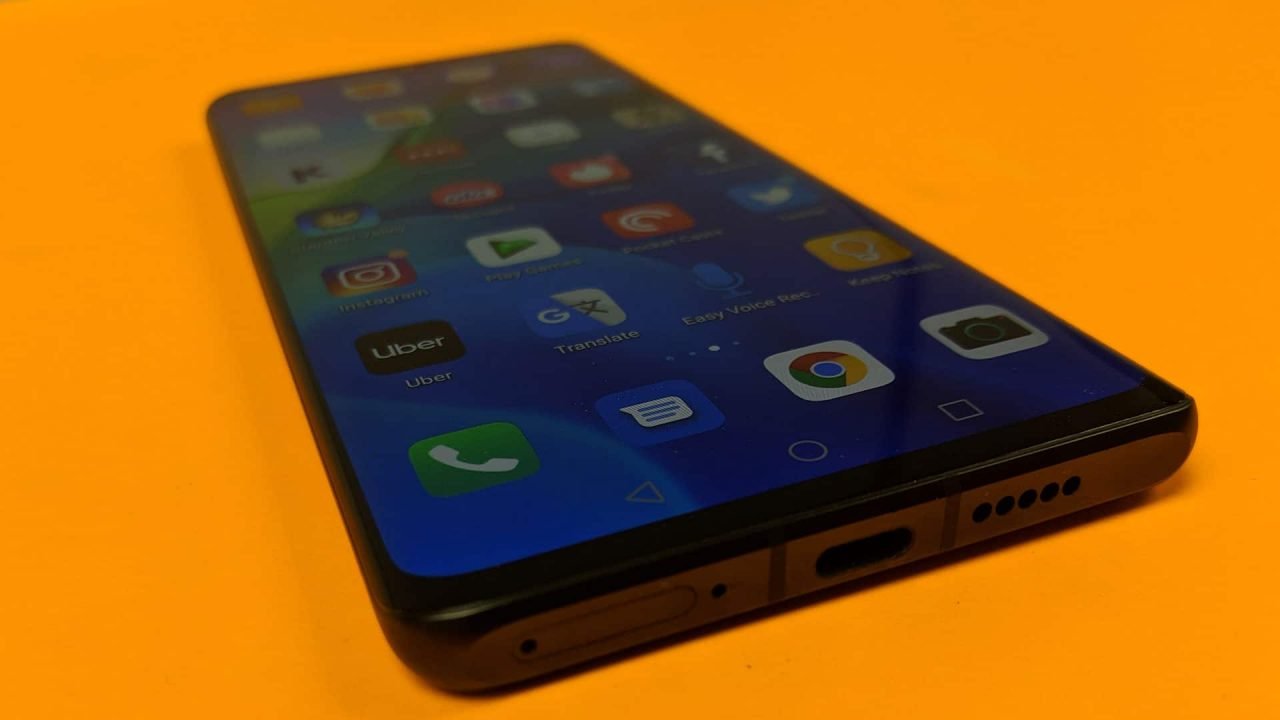 The audio was another highlight on the P30 Pro. While it only has a bottom firing single speaker grill, it managed to be loud, clear and sufficient for most uses. Since it has no 3.5mm headphone jack, most Bluetooth or USB-C based headphones work well with the phone, offering great stereo separation and overall audio fidelity with whatever method you use to connect your music.

With all that power comes a draw on the battery, so it was good to see the P30 Pro come with a monster 4200mAh battery that will take most people through a full 24 hours without much concern. Even when I was pushing the phone, using it for hours at a time for gaming, social media, or constant email, I had no problem making it from the morning to around 7 PM without needing a top-up charge. It was also nice to see rapid charging, so even when I needed to refill, it only took around 30 minutes before I was back on the road without fear of a dead phone.

Gaming performance on the P30 Pro was also at the level you would expect from a smartphone of its ilk. From Fortnite to Fire Emblem Heroes, games ran as expected, showing no slowdown, lag, or any noticeable stutter. The vibrant screen made all games tested look crisp and clear, ensuring gaming on the phone was fantastic no matter the type of intensity of game you plan to play.

It should be noted here that while most apps and games worked flawlessly, some games did crash due to the EMUI interface. It was intermittent, and did not cause any real concern overall, but it should be noted just for full disclosure before investing in a new device. 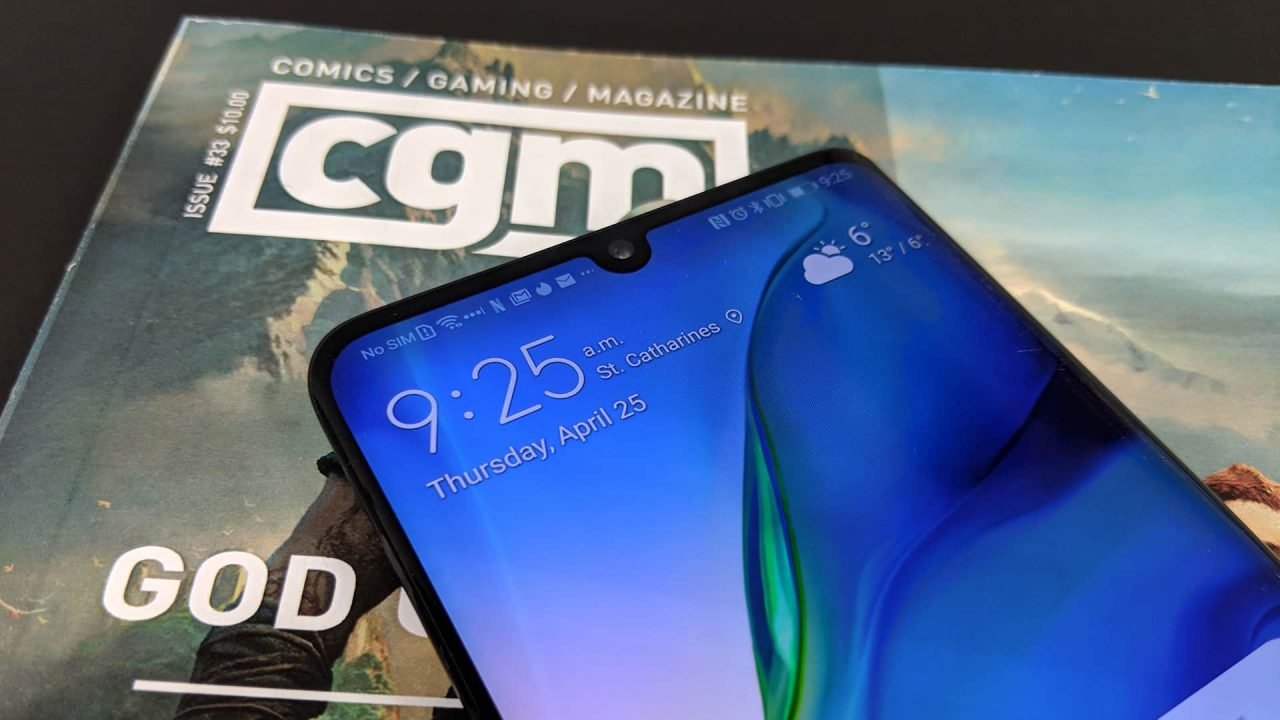 While on the topic, lets touch on the EMUI skin over Android 9. While I am not a fan of Android skins, and would much rather a stock, or as close to stock version of the OS as possible, out of the skins I have used, EMUI is inoffensive and worked for most of my needs. Huawei has packed some clever touches to make the phone easy to use, and if you are coming from iOS you will feel at home in the OS. But as stated above, we did run into some issues with apps not working as they should. It is hard to know if Android 9, the phone, or EMUI is the cause, but it was noticeable enough to mention here.

Huawei has managed something I did not think possible: they released a phone that allows me to leave the DSLR at home, at least for most of my daily photo needs. From the amazing low-light abilities to the plethora of options for photography, the P30 Pro has secured its place as the smartphone camera to beat in 2019. While it may not be for everyone and is a pricy option, if you are in the market for a new flagship, the P30 Pro is one to give some serious thought.