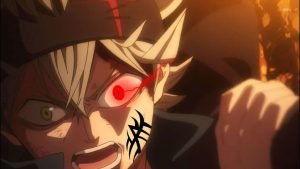 Crunchyroll will be teaming up with Twitch Prime, offering Twitch users their very first non-game related loot, in the form of free Anime for 30 days.

Eric Berman, head of partnerships at Crunchyroll, stated the following, in regards to the exciting, new venture, between the two streaming giants,

Discover the Magic of Venice in Novem…
14 Best street food in Lagos you need…
How To Make Dandelion Jelly
2021 MacBook Air to Come in iMac Insp…
Blooms with a view: 10 of Britain’s b…

“While we constantly focus on delighting Crunchyroll fans, we also feel it’s our responsibility to continue to proliferate the popularity of anime to new audiences,” concluding with, “We pride ourselves on working with like-minded, fan-focused partners and are excited to offer all Twitch Prime members a free pass to Crunchyroll right in time for the huge Spring Anime season.”

Twitch may seem like an odd place for anime, as it already has its hands full with streaming game content and live events, however, Twitch users are no strangers to anime, with the service being the home for the annual, Crunchyroll Anime Awards, which has been available to stream on the platform for the past two consecutive years.

2018 saw Pokémon fans get their ultimate wish granted, with the streaming service offering up a Snorlax-sized helping of the original anime, with 19 seasons and 16 movies of the show being streamed on the platform, over a period of five months. In other words, anime and Twitch have had a healthy relationship, and now, thanks to Crunchyroll, Twitch Prime users will have another medium in which they can engage with for an entire month.

With new, Spring anime in full swing, now is the perfect opportunity for both anime fans and Twitch Prime members, to sink their teeth into the exciting world of anime.

The new promotion is now available and can be activated through the Twitch website. It should also be noted, that Amazon Prime subscribers, automatically get access to Twitch Prime, meaning on top of Amazon Prime Video, users, for a limited-time, will have access to Crunchyroll’s massive library of anime.

This post first appeared on CGMagazine, please read the originial post: here
People also like
Discover the Magic of Venice in November
14 Best street food in Lagos you need to try out
How To Make Dandelion Jelly
2021 MacBook Air to Come in iMac Inspired Colours
Blooms with a view: 10 of Britain’s best spring walks
How to Get Rid of Mice – 5 Methods
Gov’t Mule Announces Return To Stage With Two Socially Distanced Shows