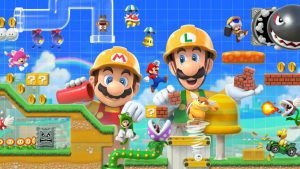 In the presentation, it was revealed that Super Mario Maker 2 will have a new single-player story mode, over 100 Nintendo-created courses, as well as a bunch of new course parts, themes, and tools.

The Pros and Cons of InShot App Free …
Best Low Acid Coffees That Won’t Upse…
Wealthy Affiliate Scam or Not
Meet RapidGator for Android, the Late…

“Super Mario Maker 2 puts the power of creating unique Super Mario courses into the hands of the player,” Nick Chavez, the senior vice president of aales and marketing at Nintendo of America, said.

Chavez added how fans of all ages could stretch their imaginations with the new tools, as well as “…make, play and share the Super Mario courses of their dreams.”

In terms of the story mode, it will be single-player and can be played offline. Mario’s mission would be to rebuild Peach’s ruined castle. In order to do so, Mario must collect Coins, which could be earned by doing jobs and completing courses.

These courses will also have new themes and feature new music created by composer Koji Kondo. Depending on the theme, different events will occur. For example, with the unlocked night version of the Ghost House theme, there would be dimmed lighting. For the Desert theme, sandstorms will appear.

As for the new course parts, tools, and features, some of them include:

Sharing these courses with other players would be possible as well, thanks to an online hub called Course World. Players who are members of Nintendo Switch Online would be able to access popular and new courses, as well as search for specific tags.

For players who enjoy the multiplayer experience, they would be able to play as Mario, Luigi, Toad, or Toadette in a party of four. The modes include Multiplayer Versus, Multiplayer Co-op, and Nearby Play.