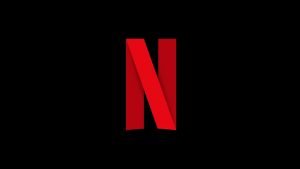 Netflix announced that they will be hosting a Panel at E3 Coliseum 2019 titled “Bringing Your Favorite Shows to Life: Developing Netflix Originals into Video Games.”

This news originally came from a tweet by Coliseum host Geoff Keighley promising updates and news about Netflix’s plans with Gaming. Netflix later went on tease that more was to come than just the upcoming ‘Stranger Things’ game.

The E3 Coliseum is an effort by the ESA and E3 to make E3 a more public event via the main stage presentation at LA Live. Going into its second year, it makes sense for it to partner with Netflix to bring their gaming plans directly to the public’s eye. Netflix has approached gaming before through interactive experiences on their platform like Minecraft: Story Mode and ‘Black Mirror: Bandersnatch’, and, as demonstrated with ‘Stranger Things’, they are releasing games onto consoles and mobile as well.

This year at @e3 we are welcoming @netflix for a special #e3Coliseum panel with updates and news about its plans in the gaming space. pic.twitter.com/eLNSSdHKru

This news brings another high-profile company into the 2019 E3 sphere. It’s looking like one heck of a show this year, so stay tuned for more coverage!

The post Netflix Will Host A Panel At E3 Discussing Turning Their Originals Into Games appeared first on CGMagazine.