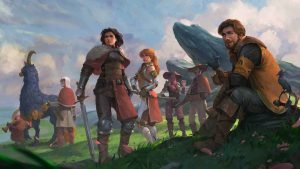 It’s weird for me to consider that there is a significant population gamers running around that have never gotten involved with a traditional turn-based tactical RPG. We’ve seen the resurgence of CRPGs with the fantastic Shadowrun games and updated versions of Baldur’s Gate, and games like The Banner Saga are probably the closest thing we’ve seen to a classic tactics game for a long time. However, none of those games really capture what made something like Final Fantasy Tactics great, and perpetually installed on my phone. Fell Seal: Arbiter’s Mark looks to do just that.

Easy Pet Rocks Craft Idea For Kids
Carpenter Ants in House
What to Pack First When Moving: A Com…
“The Friend Who May Not Seem a Friend…
Zoom Meet

Tactic RPGs were an expansion of Japanese styled rpgs where characters take turns whacking each other, but with added wrinkles like positioning, terrain, elevation, and other lovely elements to wrack your already wracked thinky bits. Fell Seal lovingly recreates all of these elements in its take on the franchise, as well as a lush job system and even a bit of dress up. 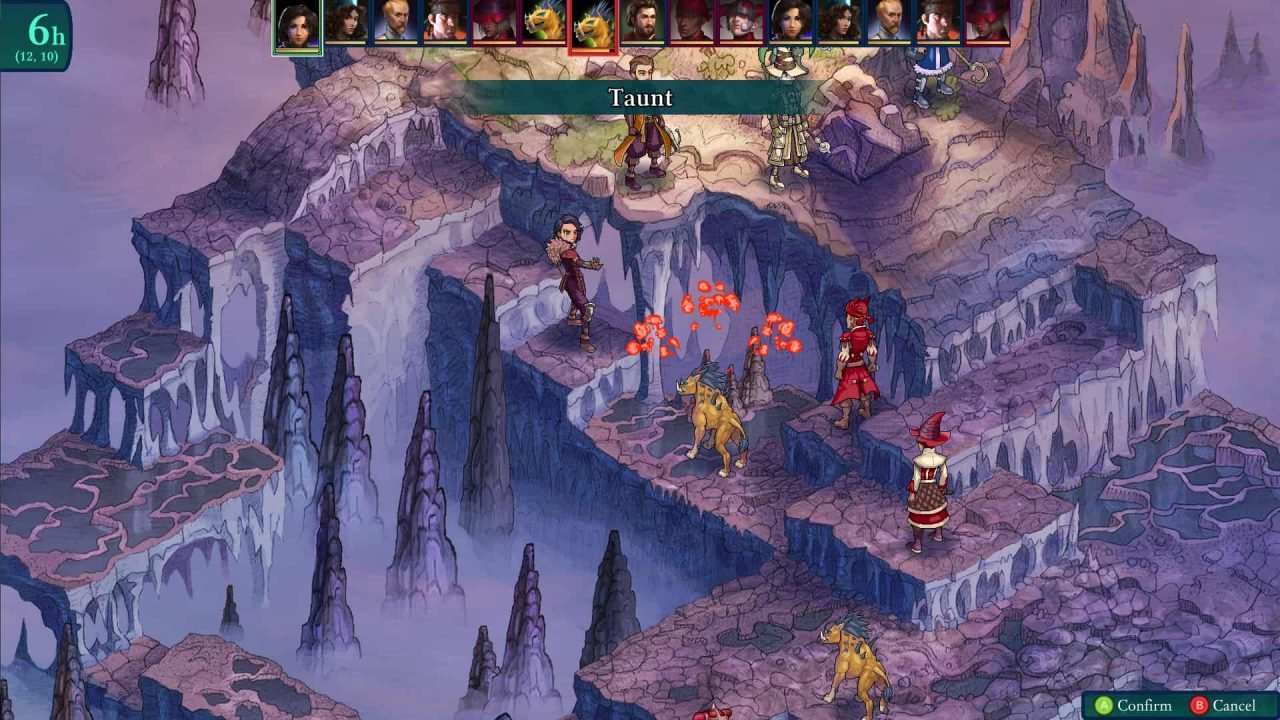 It may all seem intimidating, but Fell Seal is loaded with thorough tutorials and even some friendly mechanics to help new players along the way. Instead of blowing your heaps and heaps of cash on regenerative items in each town, players can safely invest in equipment and additional troops, as your items never really run dry. Rather than expending individual curatives, rocks and the like, your party will have access to a number of items throughout the battle that will refresh upon its conclusion. Furthermore, many of those items can be upgraded through crafting later on in the game. Also, the leveling and skill system is more streamlined than previous games of this style. Characters earn experience for doing things in battle, rather than getting a big bunch of them at the end of a battle. Experience turns to ability points that can be used to unlock along a simplified skill tree with a few branches. This is certainly less complicated than equipping skills from a big list and working toward mastering them so that you can equip other skills, though certainly more guided. If that’s still too much, rest assured that Fell Seal offers robust difficulty modes that can be customized to your heart’s content. You’ll find modes for the new, modes for the veteran, and modes for the most masochistic among us.

Fell Seal is largely gorgeous. The backgrounds are detailed and rich and the character portraits are a pleasure to look at. It’s a shame that I just can’t get down with the character sprites. Everyone on the field is rendered in, what looks like, the most generic anime faces I’ve experienced, with some seriously stilted and awkward animations. Luckily, most character’s overall looks can be tweaked to your heart’s content, letting players find the least concerning aesthetic for each of their little soldiers. Like I said, most of the art is fine, great even, but those character sprites really just rubbed me the wrong way. 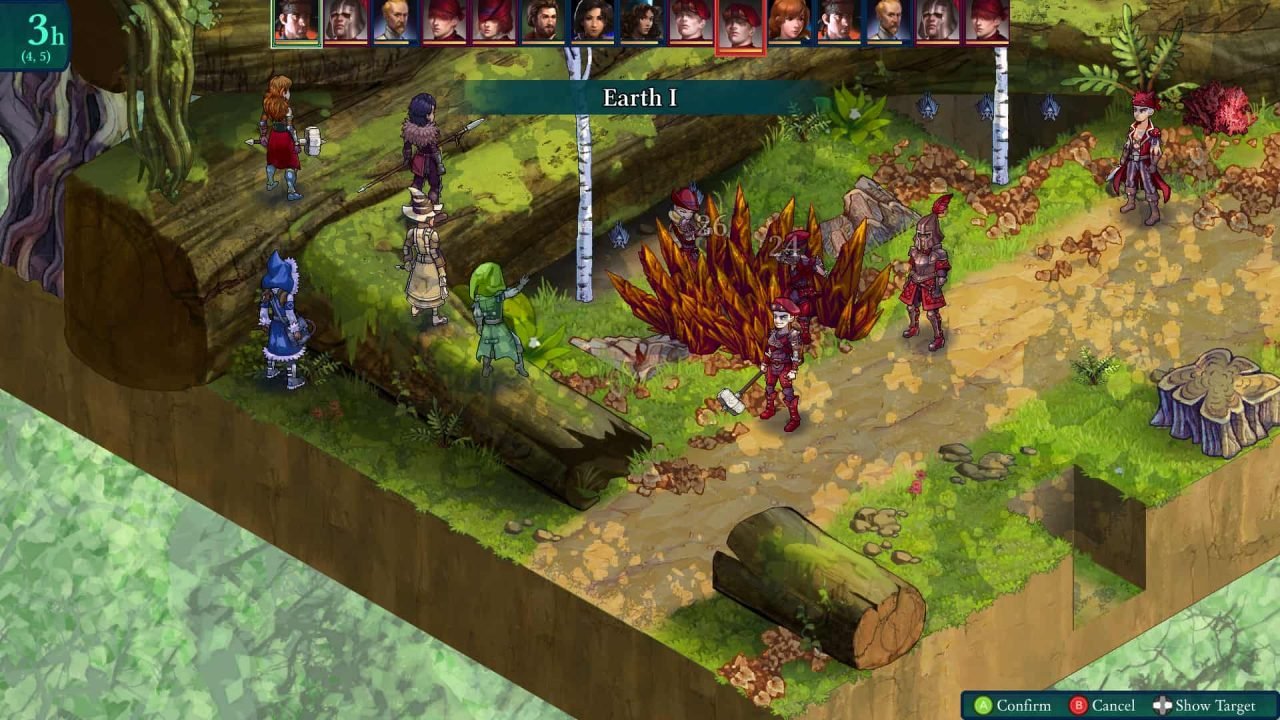 The story itself does a good deal of heavy lifting here. I have seen a great deal of games that feel the sheer weight of their systems are enough to carry a game and that they can skimp on the story. Fell Deal doesn’t fall into that camp, telling a tale of corruption and intrigue. The dialogue is mostly well written, though it does have noticeable dips in quality from time to time.

Video games have been around for long enough to have a wealth of history to pull from at this point, but games that are so fervently dedicated to an older title can easily run into problems. Sometimes they stick to close to the source material and don’t innovate at all; sometimes they end up as naked grabs at nostalgia which comes off as cheap and predatory. Fell Seal: Arbiter’s Mark walks a dangerous line, but I think it does so elegantly. Frankly, this game could be Final Fantasy Tactics or Tactics Ogre for a modern era, but it does manage to put its own spin on things. Most of the art is fantastic, but the character sprites really just didn’t do it for me. If you have never played a tactical RPG then Fell Seal: Arbiter’s Mark is a great way to give them a look, and if you’re an old veteran looking to relive your glory days of battle dioramas then give it a try.

This post first appeared on CGMagazine, please read the originial post: here
People also like
Easy Pet Rocks Craft Idea For Kids
Carpenter Ants in House
What to Pack First When Moving: A Complete Moving Checklist
“The Friend Who May Not Seem a Friend” – The Cat and the Fire, Post 2 of 3
Zoom Meet
Airpods 3 Design Leaked — To Get Spatial Audio But No ANC?
Strange Groups
WHAT IS BUSINESS COACHING?
The Night I Jammed With Jimmy Page by Joanna Connor
Music Profile: Jackie's Boy - R&B Artist - Georgia, Usa | SRL Networks London Music PR