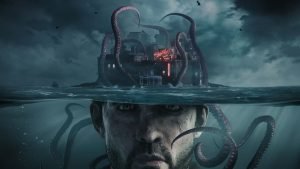 Big Ben Interactive has revealed the lineup of games they are bringing to this year’s E3.

Coming off the coattails of Bethesda and Nintendo announcing their E3 lineups, Big Ben presented its list of games. There’s a fair bit of variety here, ranging from smaller titles like Bee Simulator and The Fisherman: Fishing Planet to bigger affairs like Paranoia: Happiness is Mandatory.

However, the biggest announced games they’re bringing are Frogwares’ Lovecraftian The Sinking City, and Cyanide Studios’ licensed ‘World of Darkness’ game Werewolf: The Apocalypse – Earthblood. Werewolf has been in development for a while with little news, so it’s a pleasant surprise to see it show up at E3. Big Ben has stated that it will be revealing other games at its booth, so be sure to keep an eye open.

The Sinking City is due out June 27th for PC, PlayStation 4, and Xbox One, while Werewolf: The Apocalypse – Earthblood is aiming for a 2020 release.