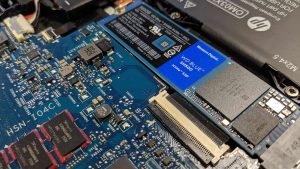 The move to SSD has been a gradual once since they first launched thanks to their high price and comparably low storage space at the time. But as the prices come down and space goes up, they are becoming more of an option, even for Budget hungry PC builders. It is in this market that Western Digital drop their new Blue SN500 M.2 NVMe SSD. While it may lack some of the bells and whistles seen on pricer prices, the bang for your buck, especially if you are on a budget, is undeniable.

Costing under $100 and offering speeds up to 1.7/1.45 GB/s read/write, it is hard to deny that the SN500 is offering some of the best price/performance you can currently get for new builds. And if your PC or Laptop supports it, the M.2 form factor outperforms it’s Sata cousin in every regard. 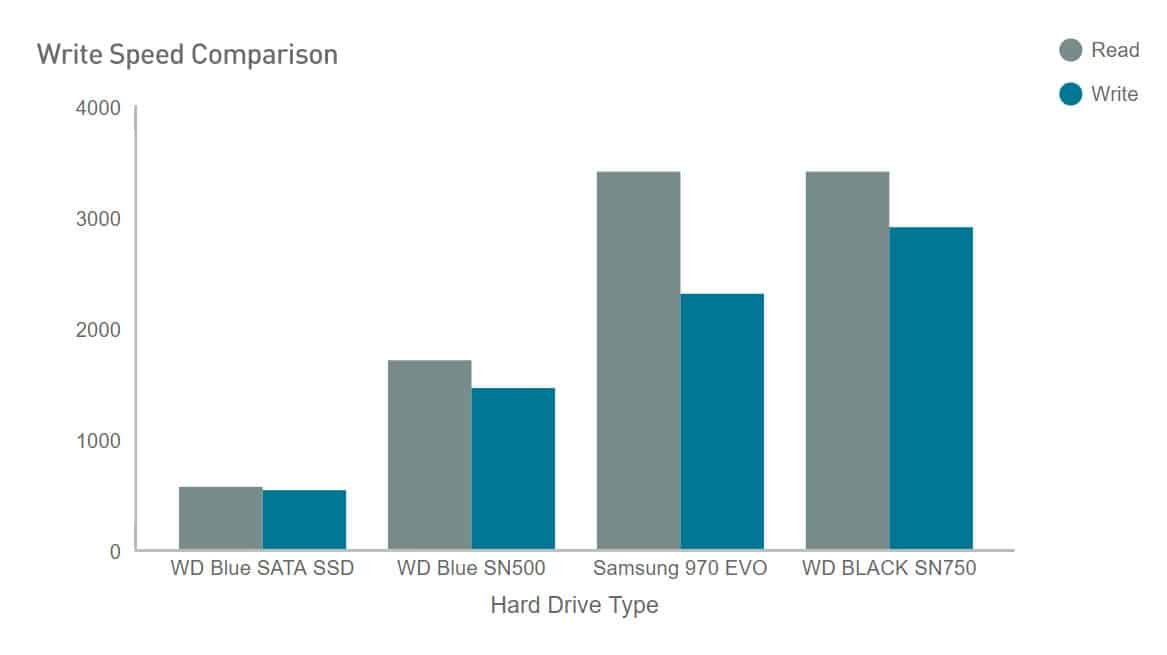 The WD SN700 is capable of 300 terabytes of written data during its lifespan. So with standard use, it should last through its five-year limited warranty without an issue, although we at this time have not tested this claim fully. Since it is using SanDisk NAND flash, based on past experience, this claim should hold true.

Realistically the WD Blue line has always been for the budget focused buyers. While they are built to last, and often will surpass the competition in many regards, they do not have the speeds you would expect from brands like Samsung with their 970 Evo cards or WD’s own Black line of M.2 SSD’s. And this can be seen with the speeds, which maxes out at speeds just under 2,000MB/s. It is clear WD made some cuts to hit the price point.

That being said, when comparing it to the competition, the WB Blue SN500 achieves comparable speeds, especially in comparison to the price. The Samsung 970 Evo will run you around $168 CAD for a comparable size, and while it will net you much faster speeds (3487/3174 Read/Write), for anyone looking to put together a budget build these speeds won’t make much difference. And compared to the Samsung 860 Evo 500GB SATA SSD at 563/529 read/write, the SN700 blows past it without looking back.

As someone who enjoyed the freedom of hot-swapping out a SATA drive, it is still hard to fully work in the M.2 future. But as prices come down and value goes up, it is hard to deny that if you’re looking to upgrade, there’s no better way to go. Western Digital just made the math for that choice even harder, offering a card with the performance of an M.2 while keeping the low price point of a SATA.

If you have the budget, there are other M.2 options out there, such as the WD Black SN750 for example. But for anyone looking for a low-cost PC, or someone looking for an inexpensive way to upgrade their current built, the WD Blue SN700 is the new M.2 card to beat. Offering amazing value to the storage market, with the SN700 in play it’s hard to understand why anyone would go with a SATA option if they have the choice.