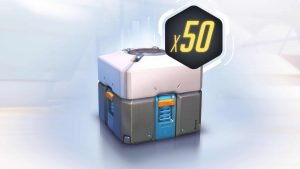 Hawley intends to introduce his bill, “The Protecting Children from Abusive Games Act”, to the U.S. Senate in the near future. It’s focused on “games played by minors”, a broad label that includes both games designed for kids under 18 and games “whose developers knowingly allow minor players to engage in microtransactions.” The Activision mobile game Candy Crush was brought up in a press release as a particularly ludicrous pay-to-win example, presenting a $150 “Luscious Bundle” as an abusive temptation. The bill applies to many games, and would likely cause a large shift in triple-A development were it to pass.

“When a game is designed for kids, game developers shouldn’t be allowed to monetize addiction,” Hawley said in a press release. “And when kids play games designed for adults, they should be walled off from compulsive microtransactions. Game developers who knowingly exploit children should face legal consequences.”

Shortly after making his intentions public, the Entertainment Software Association, the game industry lobbyist group, sent over the following statement: “Numerous countries, including Ireland, Germany, Sweden, Denmark, Australia, New Zealand, and the United Kingdom, determined that loot boxes do not constitute gambling. We look forward to sharing with the senator the tools and information the industry already provides that keeps the control of in-game spending in parents’ hands. Parents already have the ability to limit or prohibit in-game purchases with easy to use parental controls.”

As games move to the service based model, they will face more challenges like this. It’s hard to say how a bill like this will affect game development moving forward, but companies like EA, Activision, and Warner Bros. would see a bill like this as a major blow to their lucrative business model. CGMagazine will keep you updated as more details emerge for this bill, and if the potential of it passing comes to light.