Ubisoft Whitelists Intel on the Future of Ghost Recon 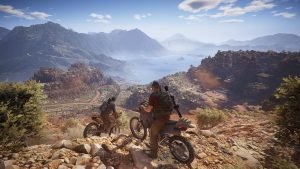 Fans of Ubisoft’s long-running, Tom Clancy’s Ghost franchise can look forward to the Ghost Recon World Premiere event, which is set to begin tomorrow, May 9, 2019, at 2:30 PM Eastern.

Ubisoft’s official Ghost Recon account, kindly put out a tweet that fans are encouraged to like, especially for those who may want a reminder for when the World Premiere reveal goes live.

Tune into the #GhostRecon World Premiere event May 9 at 11:30 am PT.

this Tweet to watch the Official Announce Trailer on May 9! pic.twitter.com/n7emQ6M0p7

Since its initial release, Tom Clancy’s Ghost Recon Wildlands went on to win several awards, including being nominated for Best Co-Op PC Game, during the 2017 Game of the Year Awards segment within PC Gamer. Additionally, the game went on to win Game Informer’s Best Cooperative Multiplayer game for 2017, while also snagging awards for Best Setting and Best Comeback (within a multiplayer context). CGMagazine’s very own Brendan Quinn praised the game for its deep and nuanced tactical gameplay, giving the title an 8/10.

It will be interesting to see where Ubisoft takes the Ghost Recon franchise, especially after the introduction of an open world from the last game. Readers can click here to get redirected to the official stream, Ubisoft has set up for the live premiere event.

The post Ubisoft Whitelists Intel on the Future of Ghost Recon appeared first on CGMagazine.

Ubisoft Whitelists Intel on the Future of Ghost Recon