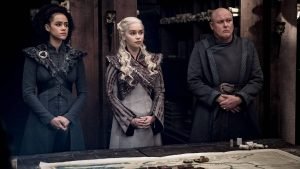 While episode 4 of Game of Thrones final season, The Last of the Starks, made a welcome return to interesting political machinations and character interactions, it also felt like one of the most rushed and senseless episodes of the entire show. With such a limited amount of time left to wrap things up, the move from the aftermath of The Long Dark to the sacking of King’s Landing required some big jumps in time—and as collateral, some huge leaps in logic seemed necessary in order to get the whole gang to King’s Landing. Unfortunately, so mountainous are these bounds that it’s become impossible to buy into Dany, Jon, and the whole team’s plan to finally take the Iron Throne.

As it’s illustrated in the show, the plan of attack is for Jon and Ser Davos to escort the bulk of Dany’s forces—the Dothraki, the Unsullied, and the remaining northern warriors—down to King’s Landing via the Kingsroad. Meanwhile, Dany rides Drogon alongside a small group of Unsullied to White Harbor, where the entourage board ships and sail for Dragonstone. From there, Dany’s group will surround the ports of King’s Landing, while Jon’s forces will block off the roads around the city gates. The hope is for both factions to block off all points of entry for any food and resources to be brought into the city, thus starving the residents and pushing them to demand Cersei’s surrender. That way, no innocents are killed and Daenerys is free to rule as a benevolent Queen with a record untarnished with genocide.

While the basis of this plan is sound (starving city trade has been a real war tactic for hundreds of years), there’s an abundance of problems with how the group executes this plan, and with how they handle things when the plan goes sour. 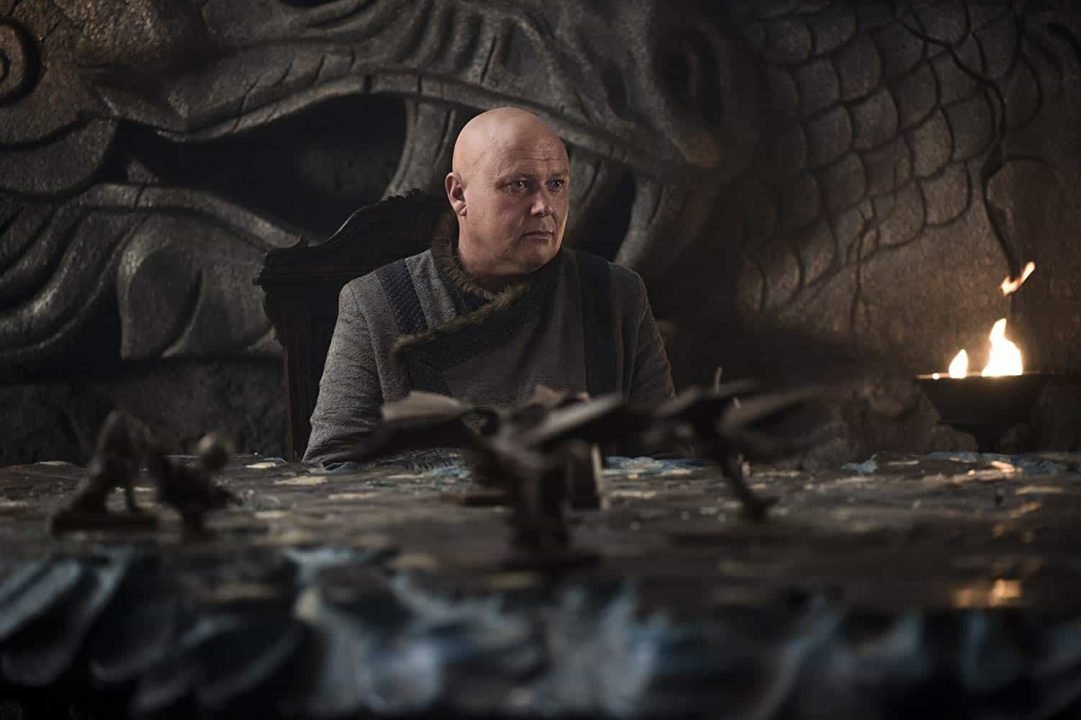 Things start to unravel logically at the site of Rhaegal’s death. Right before the dragon is killed by Euron’s giant crossbows, we see Dany’s fleet approaching the shores of King’s Landing. This is before the group has made it to Dragonstone as planned, so it’s unclear why they’re passing by the Red Keep at this point. According to the map of Westeros, Dragonstone is located on an island at the mouth of the Blackwater, while King’s Landing sits on the shore deep in the bay. If Dany and company were sailing from White Harbor, there would be no need for them to pass by the capitol in order to regroup at Dragonstone.

So was this part of the plan—to approach the city by sea weeks before Jon and the bulk of Dany’s army could join them? I could buy the team not anticipating the weapons that downed Rhaegal, but what could possibly have been Dany’s reason for passing by the city this early? 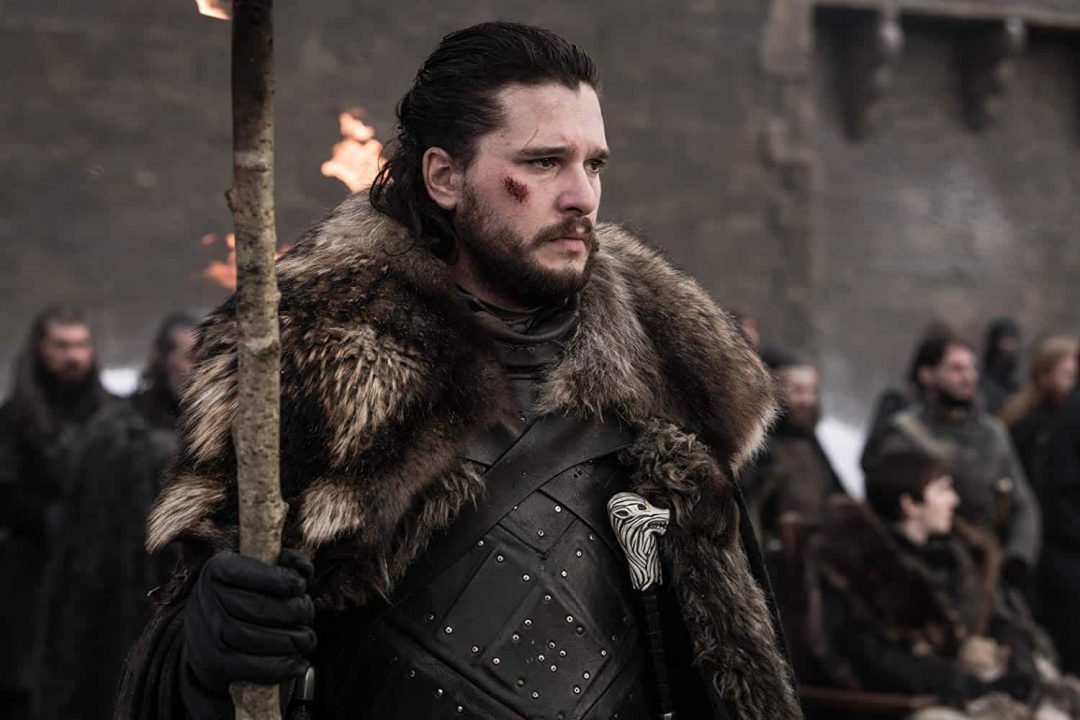 A lot of time (and cinematic effort) was spent illustrating how much the scales have all but tipped in Cersei’s favour after The Long Dark took its toll, so it appears Team Dany is aware of how important it is for them to proceed with the entirety of their forces. The plan to flank the city by sea and land is, again, also a very good plan—as long as they coordinate the two groups to approach the city all at once.

This point seems to be completely lost on the entire group. For whatever reasons, Dany, her small fleet of Unsullied troops and her dragons all approach Blackwater Bay on their own, losing a dragon, a ship, and Missandei all at once. Afterward, while discussing retaliation in Dragonstone, Tyrion points out that they have several days before Jon’s forces arrive—and this, for some unexplained reason, gives them an opportunity to meet Cersei at the front gates to negotiate a surrender. The idea that the group would twice go anywhere near the most heavily guarded city in the entire kingdom without their entire army is ludicrous. Either of these calamitous events would have gone over far better if they had just waited out the fortnight in Dragonstone and gone in with full forces. 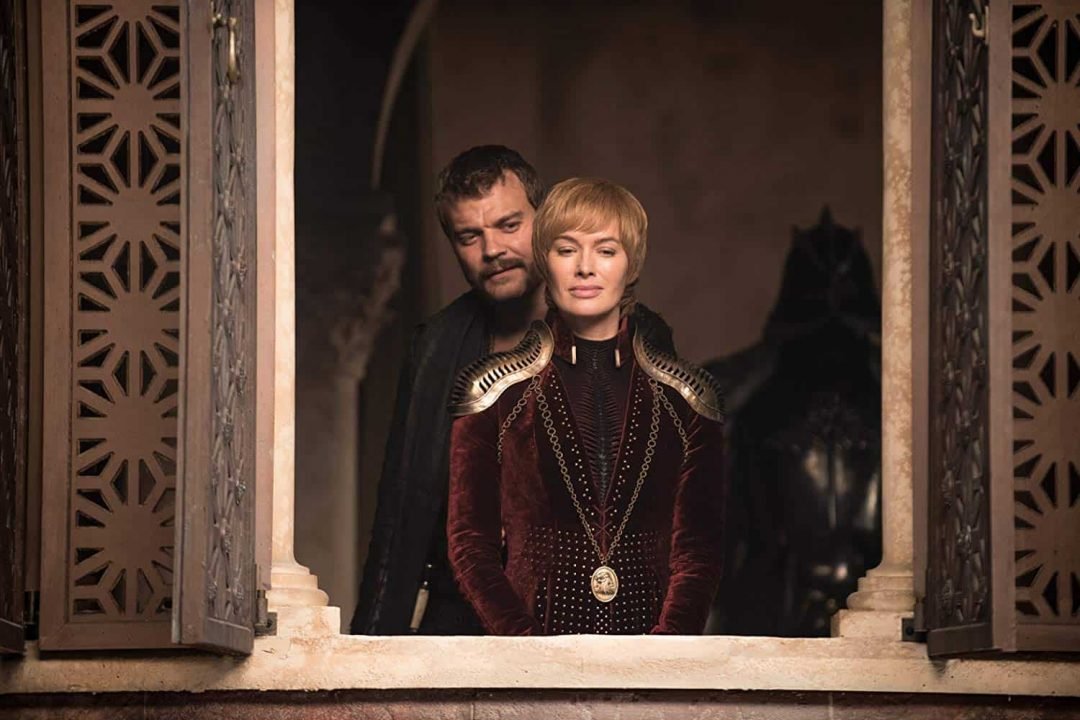 On the flip side, Cersei seems to be going out of her way to not punish our heroes for making these absurd mistakes.

When Team Dany returns to King’s Landing to negotiate, we can clearly see that they are outnumbered. Cersei stands atop the city walls, armed with turrets of anti-dragon artillery and the Golden Company’s forces, while Dany stands at the frontlines of an army of perhaps 80 Unsullied, her one remaining dragon, and her two counsellors. While the idea that this sorry sight of an army would ever consider coming close to King’s Landing is outrageous, it is equally insane to believe Cersei wouldn’t take advantage of this blunder. Why would Cersei Lannister be honouring some unspoken rules of war negotiations and not attack? When considering the last time a Lannister was offered a chance to lead their enemies into a false sense of security (i.e. the Red Wedding), executing Tyrion, Dany, and all of those suckers where they stand seems like a no-brainer. 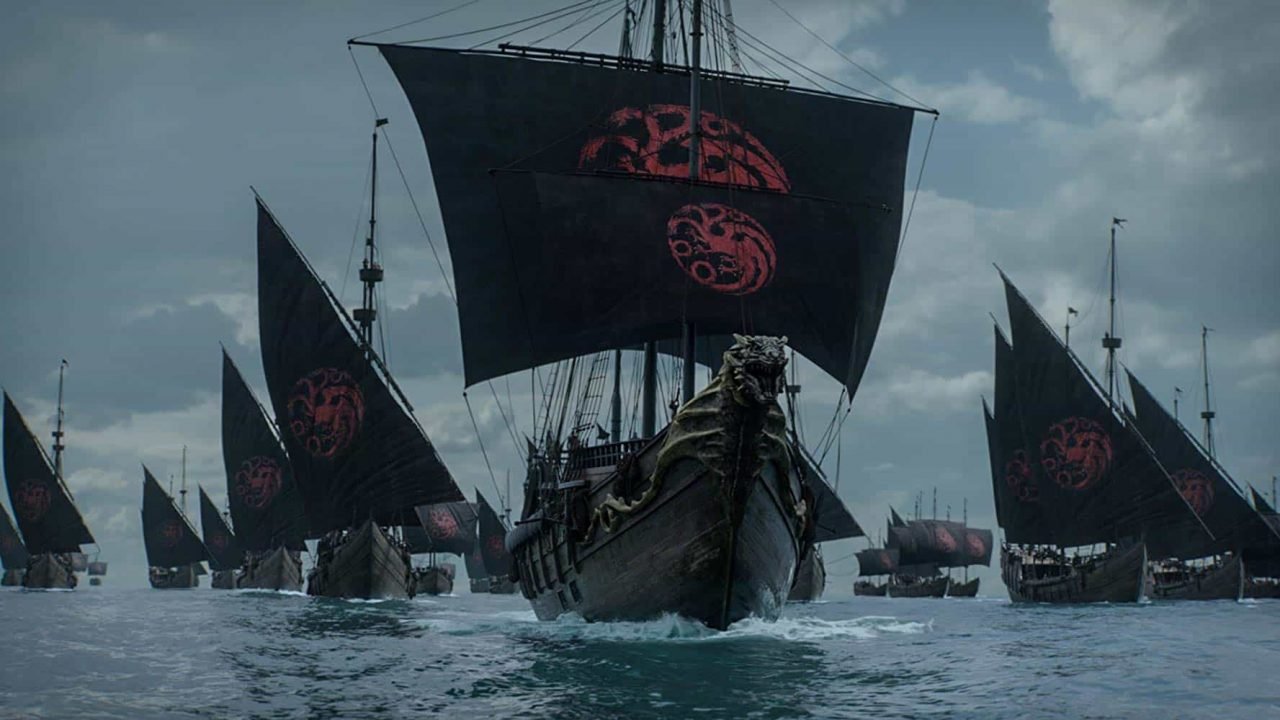 I relish not in picking apart every detail of this show; I’ve simply been conditioned to do so by the show itself. Prior seasons of Game of Thrones offered an unprecedented amount of detail for a TV series; digging at most any detail would lead me to an excavation of the world’s history, character motivation, and interconnected story beats. It often took some suspending disbelief, but I usually would be rewarded for observing past the surface of any plot point.

This has become increasingly untrue with the past seasons and seems to have reached a breaking point. Now every decision made within the show seems to be geared towards certain plot points rather than motivated by its characters or the world. I look around the mess hall of Winterfell at these people I’ve known for so long, completely lost as to why they’re doing what they’re doing. And when I dig now, instead of unearthing a web of wiki articles, I find one answer: to move the show along.

Why did Jaimie stay in Winterfell? If he hadn’t, we wouldn’t have had that emotional departure scene with Brienne. Why did Sansa tell Tyrion about Jon’s heritage so soon after swearing her silence to Jon? It might have made more sense if she had wrestled with the information for a few nights, torn, then finally confessed after thinking it over, but we’ve only got three more episodes to get things going. How could Dany and her dragons not have seen Euron’s ships in Blackwater Bay before Rhaegal got shot down? Why didn’t Dany (*sighs*) just fly around Euron’s ships and torch the suckers? Same answer: we have to get to the big battle at King’s Landing.

Game of Thrones; characters used to be the focal point of the show, so the progression of events seemed natural and ugly—as is the real world. Now, it seems the next big reveal or the next epic battle seems to have taken center stage, forcing the show’s characters to bend themselves around serving this new imperative. Unfortunately, so well-crafted were these characters, that after the bending, they return to us misshapen, unrecognizable, and broken.