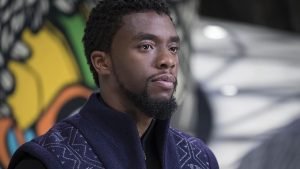 The ‘Yasuke’ movie project is an idea that has been floating around for a few years, but co-producer Erik Feig and his company Picturestart, launched this month, are finally bringing it into reality. Other producers include Mike De Luca for De Luca Productions, Stephen L’Heurex and his Solipsist banner, Boseman himself, and Logan Coles’ X●ception Content. Dour Miro is the writer, who is known for his running Netflix series ‘Narcos’. Chadwick Boseman has performed in Marvel’s ‘Black Panther’ as the titular main character, as well as Jackie Robinson in ‘42’, James Brown in ‘Get On Up’, and Thurgood Marshall in ‘Marshall’.

Boseman is eager to take up the role, as he states: “The legend of Yasuke is one of history’s best-kept secrets, the only person of non-Asian origin to become a Samurai. That’s not just an action movie, that’s a cultural event, an exchange, and I am excited to be part of it.” He’s wrong about the “only person” part, but otherwise describes Yasuke’s story well as a hidden historical gem. Englishman William Adams and Dutchman Jan Joosten became samurai a few decades later. William is the lead character of the Team Ninja video game ‘Nioh’, of which Yasuke also plays a small role in.

Yasuke served under the infamous Japanese warlord Oda Nobunaga in 16th Century Japan. He was a native of Portuguese Mozambique, who was brought to Japan as a slave to Jesuit missionaries. Yasuke was the first black man to set foot on Japanese soil, and his arrival aroused the interest of Nobunaga, a ruthless warlord seeking to unite the fractured country under his banner. A complex relationship developed between the two men as Yasuke earned Nobunaga’s friendship and respect, and, ultimately, the title of samurai.

The film finally seems to be gaining traction, and not a moment too soon; MGM recently organized a rival ‘Yasuke’ project with a script by Stuart C. Paul, and Whalerock Industries’ Lloyd Braun and Andrew Mittman producing. CGMagazine will be paying attention to these up-and-coming movies in the future to see which one can do Yasuke’s story justice.